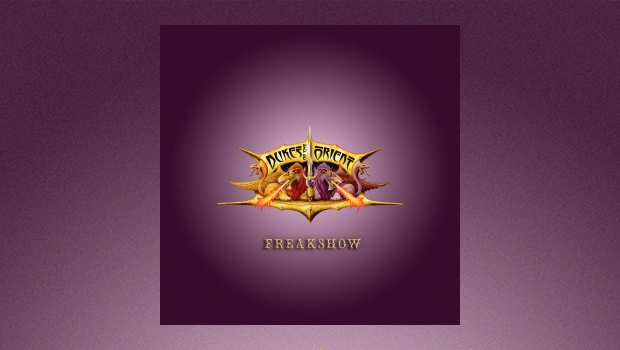 Dukes of the Orient – Freakshow

Two years after releasing their exceptional debut, Dukes of the Orient return with their sophomore release, Freakshow. I must confess, I hadn’t expected there to be a second album as the release of the debut felt more like unfinished business; ‘Asia Featuring…’ finally putting a ten-year old album onto disc. That, combined with a lack of touring, suggested that Dukes… was a one-off. Well, whether this proves to be just a studio project or not, the Dukes have returned, as they inform us triumphantly on the album’s opener.

Freakshow is, on the whole, a quite different beast to the debut album. Whilst 2018’s effort was John Payne Asia in everything but name, this is a much more ambitious and experimental collection of songs. Personally, I regard the Payne-era Asia albums as some of the finest melodic rock ever recorded and so I was initially a little disappointed that Payne and Eric Norlander had cast out into new territory. That said, this band isn’t Asia and it would be a disservice to Norlander’s exquisite playing and compositional skill to expect him to copy Geoff Downes.

In interviews for the new record, Norlander and Payne have spoken of their excellent writing partnership and, also, of the stability afforded by having a five-person line-up throughout. Rather than a series of guest guitarists who happened to work on the various songs during their respective stints in Asia/FJP, Andy Garcia plays guitar on all tracks. With Payne’s voice and bass alongside Norlander’s keyboards, and Frank Klepacki on drums, the band is rounded out with a saxophonist, Eric Tewalt. On my first listen, I still hadn’t looked at the personnel so the arrival of the sax on the first track proved to be the first of a number of surprises that the album had in store.

As I write this review, Dukes… have released two of the album’s tracks as singles which happen to be the ones I would class as holding most closely to the Asia heritage. The Dukes Return has a chord progression in the verse which is very reminiscent of Remembrance Day from Aria and a chorus that bounces along, with ‘homecoming’ energy and anthemic synths. The chromatic descension after the second chorus leads into a bridge with a Sixties feel and, finally, a sax solo that would have fitted well on a piece of mid-’80s AOR from the West Coast. Perhaps a little less ‘Asia’ at the end.

Track two, The Ice Is Thin, opens with Norlander’s piano playing the chords across the beats with some very melodic fills and haunting chord progressions. Then the chorus breaks into a Breakfast In America – style ‘oompah’ rhythm. The keyboard bass lines are distinctly Rick Davies and this time when the sax kicks in, in the second verse, one anticipates it. Just when it’s all beginning to feel like a homage to Supertramp, the song moves into a wah-wah guitar solo. This track is undoubtedly one of the album’s highlights.

The title track is another unexpected offering. The menacing intro is followed up with a brassy synth line and a vocal melody and style that’s a bit like the ‘bad-guy’ song in a musical. There’s a hint of AC/DC or Alice Cooper to the vocals. The theme of the song is modern-day political corruption dressed up in a ‘circus of horrors’ Gothic nightmare. It just about carries it off. The sax and organ solos provide a bit of colour and variety, but I can’t help feeling glad that this track doesn’t outstay its welcome by finishing at the four and half minute mark.

The Monitors, the first of the album’s two singles, is the track that most resembles their first album. It also happens to be the best track on this latest effort. The verse is strong, the chorus is extremely catchy, the keys bold and anthemic and the guitar is given its first proper rock solo. Man of Machine follows, a solid rocker which thunders through its dystopian theme with a frenetic urgency. There is some excellent guitar and saxophone work on this.

The second half of the album has more surprises in store. The Last Time Traveller is the sort of ‘penny dreadful’ fiction mined by Clive Nolan on the likes of Arena’s Pepper’s Ghost. It’s pleasantly melodic, but interspersing the singing with spoken lines in a Cockney twang just doesn’t work for me. Musically, it’s great though, and I love the keyboards on this. Norlander is a superb player, no doubt.

A Quest For Knowledge doesn’t add much, though the Beatles-y chorus foreshadows what’s to come on Until Then. The Great Brass Steam Engine is a fun Norlander solo which probably doesn’t need five minutes of space. Things pick up with the album’s penultimate track, When Ravens Cry. There are one or two quirky changes in the piano chord progressions and an infectious chorus of arpeggiated chords backed by the gentle tap of rim shots on the snare. The solo is synthesised vocal, which works surprising well.

Finally, Until Then closes out the album with textures, progressions and effects which pay affectionate homage to The Beatles (The Fool on the Hill even gets a mention). Alex Garcia gets an opportunity to release his ‘inner Harrison’ and the whole piece pleasingly plays out in true ‘album closer’ fashion with a repeated synth and vocal melody.

There are moments on this album where I start to think ‘This hasn’t quite worked’ only for Dukes… to knock it out of the park, like they did on the debut. To stick with the baseball analogy for a moment, this is an album of great ingenuity and inventiveness that pitches a couple of curveballs too many. For instance, the sax doing fifty percent of the guitar work is a little too much. It’s perfect on The Ice Is Thin, but it’s unnecessary on The Dukes Return. The sci-fi horror, the circus-master, the jaunty Norlander solo – there are a few two many shifts away from what Payne has done well in the past. I’m all for them not trying to release Aqua 2.0, but there’s a reason that The Monitors is the album’s best cut.

Nevertheless, this is a thoughtfully constructed and intelligent piece of prog, with some superb playing and a good range of catchy and melodic song-writing.

Tags: Dukes of the Orient 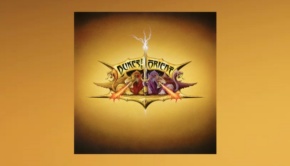