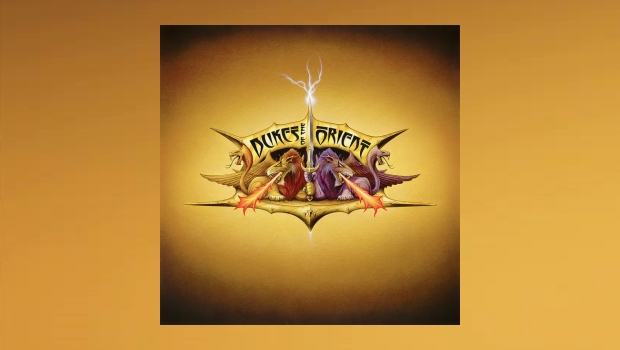 Ten years in the making, Dukes of the Orient is the album that many Payne-era Asia fans like myself had long since given up believing would ever be released. Having dropped the ‘Asia Featuring John Payne’ moniker, this is the album that was going to be released as: Asia – Americana. It was the sad passing of prog legend John Wetton last year that finally convinced Payne that he should drop the name he once held the rights to. Whether or not there have been complications with the Asia name that held this album up, isn’t clear. What we do know is that when John Payne released his Architects Of Time EP in 2009, he promised that release would be a foretaste of the new album which would appear in 2010. Finally, that album is here – in 2018.

If the fans have been frustrated, so too was Erik Norlander, Payne’s DotO confederate. When he was interviewed several years ago he said that he just wanted John to release these songs, confident, rightly as it turns out, of the quality of the material. One of the tracks did appear, Seasons Will Change as a download-only release back in 2012. The guest slots on this album are from the guitarists who came and went between Payne’s post-Asia project, GPS, and throughout the history of Asia Featuring John Payne; a period of no less than twelve years.

John Payne’s stint in Asia led to a fruitful writing collaboration with Geoff Downes that produced some of the finest melodic/prog rock of the Nineties and early Noughties; no mean feat when you consider these were prog’s wilderness years. Nevertheless, the music press spoke highly of Payne’s Asia albums, but poor support from record companies let the band down resulting in low sales and difficulties in touring. A reunion of ‘original’ Asia, first attempted unsuccessfully in 1999, became inevitable.

What original material John Payne has released since Downes broke up their partnership has been promising: GPS’ Window To The Soul was mostly very good, bolstered by the considerable talents of Guthrie Govan and Ryo Okumoto. The aforementioned Architects Of Time EP was reminiscent of 2001’s excellent Aura.

The good news is that this album is terrific – there’s not a dud track on the whole thing. Erik Norlander is a master of the anthemic keyboards that have been Downes’ hallmark in Asia and the guitar wizardry of Govan is really second to none, as fans of Steven Wilson will likely already know.

The album kicks off with a thumping rhythm, a statement of intent, on the opening track Brother In Arms. We’re in very familiar territory here; a solid rocker with a grand chorus which builds its musical phrasing toward the climax – that familiar Asia suspended chord. There is a powerful guitar solo and the overall mix is reminiscent of the tracks on Aria.

Strange Days offers a slightly softer intro, more along the lines of Aura, and a very strong vocal performance from Payne, showing that his talents have not diminished over the years. Norlander treats us to an anthemic solo here which is followed by the remarkable talents of Govan on the guitar.

A beautiful piano intro and strings introduce Amor Vincit Omnia, a song whose phrasing will call to mind The Smile Has Left Your Eyes but builds to into a unique piece of balladry in its own right. I was singing along before I’d even finished listening to it for the first time. Time Waits For No One raises the tempo, the guitar and keyboards really complementing one another very effectively on this track.

Four tracks in, the album has impressed immensely but if there was one slight reservation it would be that ‘Dukes…’ sounds a little too much like Asia in all of its various incarnations. The chord sequences are very familiar, as are the keyboard settings and guitar effects. The second half of the album, though, offers something a bit different.

A Sorrow’s Crown kicks in bombastically with church organ and choir and the historical theme and vocals call to mind Gary Hughes’ Ten. The lead out on this song is a little unnecessary, I felt, and was obviously intended to bridge the album’s original Americana theme between this track and the next. The keyboard theme that opens Fourth of July features, in a number of variations, throughout the song’s eight and a half minutes. Thankfully, its catchy enough not to become tiresome and strings together some delightful melodies both in the keys and the guitar. There is a nice flavour of American AOR here which suits the song nicely.

The aforementioned Seasons Will Change follows; it’s a pretty upbeat rocker, rather like the album’s opener Brother In Arms and, for those who heard it several years ago, a good introduction into what to expect from this album. The album’s closer, Give Another Reason, is ten minutes long and opens with some acoustic Spanish guitar which builds, through a Gilmour-esque solo, into a prog epic that showcases the talents of Payne, Norlander and their stellar guests. It’s a superb closer to a fine album.

Payne-era fans will be delighted with Dukes Of The Orient, no doubt, but fans of prog, melodic rock and AOR should not overlook this album either. Obviously, the Asia hat (that striking top hat) is still very much on Payne’s head; it’s in the music, it’s in the band name, it’s even in the eye-catching Rodney Matthews cover which depicts his winged lion and cobra from ‘Arena’. I suspect the Asia name has been a bit of a millstone, but it is an established name that will generate gig bookings. I sincerely hope everyone gives ‘Dukes…’ a chance and that we might see Payne and Norlander here in Europe. Only time will tell.

Tags: Dukes of the Orient 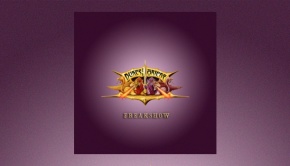 Dukes of the Orient – Freakshow →