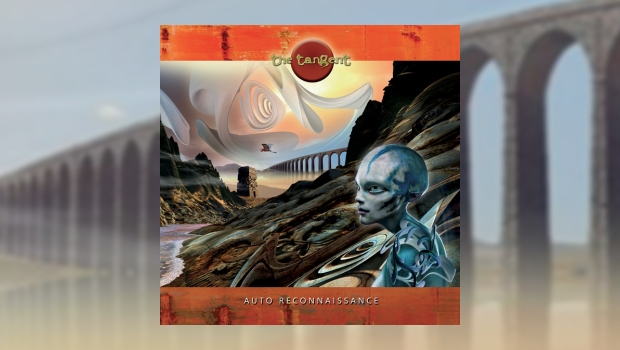 The Tangent have been going through a purple patch of late. Pretty much every album since 2013’s Le Sacre du Travail has hit the spot so far as critics and fans are concerned, with the most recent couple of releases getting rave reviews. It seems the band’s creative driving force, Andy Tillison, has found his musical voice – and even his singing voice, which is not to everyone’s taste, has been better than ever. Perhaps it’s giving up the ciggies that’s done it.

Part of the band’s appeal, for me at least, is its musical eclecticism. As Forrest Gump almost said, The Tangent are like a box of chocolates – you never know what you’re gonna get. It could be an Asia-style prog-pop anthem, a slice of Steely Dan cool jazz, a love song inspired by Rose Royce or a 28-minute discourse on the state of Englishness after Brexit.

What you will always get is superb musicianship from some of prog’s most respected artists, a sense of melody that creates insistent, sticky earworms, and lyrics that are sometimes personal, sometimes political, but always thought-provoking and seasoned with self-effacing humour. And what you WON’T get is dull, portentous symphonic epics based on a Tibetan Book of the Dead – although the occasional reference to Jean-Paul Sartre is not ruled out.

Auto Reconnaissance is all these and more as we are once again invited to enter Tillison’s eclectic and colourful world of myriad musical influences. But this turns out to be a slightly more sombre, reflective album – the title means “self-observation” and has nothing to do with cars or military drones. Its tone is set by the aforementioned 28-minute epic Lie Back and Think of England, a sometimes gentle and sorrowful look at the way we have treated each other after Brexit.

Tillison’s last Brexit song, A Few Steps Down the Wrong Road from 2017’s The Slow Rust of Forgotten Machinery, came out punching like Muhammad Ali trying to swat a swarm of wasps. But Lie Back… is, indeed, more laid-back, opening with wistful solo piano tinkles and mournful flute as Tillison sings “viewed from above our country keeps its beauty, white cliffs and moorland, hill and dale. And sometimes it shocks me how deeply it moves me”.

Of course, being The Tangent, some richly-played instrumental madness is not very far off – after all, this is also a song about how we degenerated into name-calling and bullying during the Brexit process, so you would expect things to get a bit busy and noisy. There are sections playfully entitled ‘Some Solos by Saxophonist, Guitarist and Keyboards Player’, ‘Frantic Synth Solos with Fast Drumming and Zappa Influenced Vibraphones’ and ‘Gradual Deterioration Into a Bass Solo’. You can’t say you weren’t warned.

In fact, there are thirteen sections in all, adding up to a long piece of music that takes some repeated listenings to get into. But throughout it all are moments that will make your prog heart leap, whether it’s lightning-fast keyboard runs on the Hammond organ setting, Theo Travis’s expressive and commanding sax or Luke Machin letting loose on a rip-roaring guitar solo. And this is, in its final sections, a track with a positive message for the future. “So forgive and forget,” sings Tillison, “Let’s put this behind us and have more in our sights than this war.”

Elsewhere, things are mostly more upbeat and mischievous. There’s the opener, Life on Hold, described by Tillison as an “uptempo prog-rock stomper”, influenced by the sort of thing Asia did on their debut album. Fading in with massed harmony vocals, rolling drums, funky organ chords and Jonas Reingold’s virtuoso bass, it is not, as you would think from the title, about lockdown – Tillison says the entire album was written before Covid-19 brought the planet to a halt – but (probably) about his own insatiable appetite for information, “absorbing info from the Internet and page”. Machin’s guitar work on this is particularly spectacular, at times channelling his inner Allan Holdsworth.

Digital communication also seems to be the subject of The Tower of Babel, but its heart lies in ’70s funk and disco, with Machin providing a chukka-chukka-chukka rhythm under a relentlessly upbeat melody with an insanely catchy chorus. Meanwhile, The Midas Touch channels Tillison’s favourite band, Earth, Wind & Fire, with a smooth, funky sound that also owes something to the Isley Brothers’ Summer Breeze, crossed with Happy by Pharrell Williams. Despite its minor key mood, it’s about how a ray of sunshine can totally transform a gloomy winter’s day – “Welcome back my winter sun,” Tillison sings, “you give your Midas Touch to everyone”.

Finally, there are two tracks so different it’s hard to believe they have come from the same composer. Jinxed in Jersey is a 16-minute lighthearted travelogue about Tillison getting lost in New Jersey while trying to walk to the Statue of Liberty. Half sung, half narrated, it’s set against a smooth, jazzy Steely Dan-style backing with sudden bursts of heavy rock and hip-hop, and includes a terrible attempt to imitate a friendly US cop, as the wanderer realises his internal GPS system has failed him completely. But, with TJ Hooker’s help, he eventually finds the Roman goddess Libertas, and realises he’s sneaked in behind her back.

From the ridiculous to the sublime… Under Your Spell is an unashamed love song, dedicated to Tillison’s partner Sally Colyer and inspired by the likes of Rose Royce’s Love Don’t Live Here Any More and 10CC’s I’m Not In Love. As he says in the accompanying interview, prog bands don’t usually do soul songs. But then again, soul bands don’t usually sing verses in 7/8 or have Luke Machin and Theo Travis playing gorgeous guitar and sax licks over the top. The result is a very touching and melodic number, with Tillison on good form vocally – I know his singing is not to everyone’s taste but he’s as good on this album as I’ve ever heard him. Then again, I don’t think Peter Hammill can sing, so what do I know.

So what we have here is a worthy follow-up to 2018’s acclaimed Proxy but one that, in some instances, requires a bit more digging into to appreciate the treasures within. It’s like a box of chocolates with more packaging. But the contents are still oh so sweet.

[And you can read Kevan’s interview with Andy Tillison HERE.]