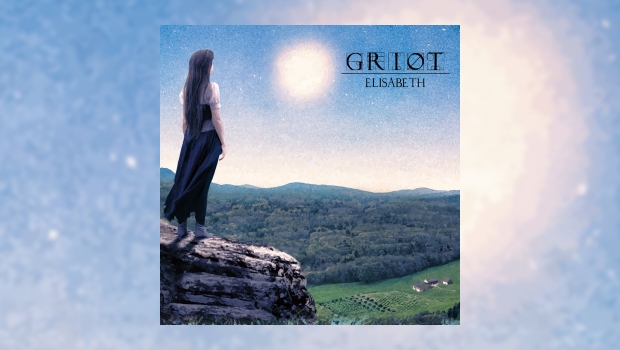 I was introduced to Griot by way of another Portuguese band, Esfera. I had been hugely impressed by the latter’s 2016 album, All the Colours of Madness, so when I heard Nuno Aleluia would be providing the vocals for Griot’s Gerald (released later in the same year), I was immediately onboard. Griot is essentially the duo of João Pascoal and Sérgio Ferreira, with a number of guest musicians, but there’s no doubting the impact that the huge contribution of Aleluia made (at least, with me). Elisabeth is apparently a continuation and conclusion of the story begun with Gerald, but obviously this time around with a female protagonist, which means a change on vocals. This time, the vocals are provided mainly by Maria Branco.

I’m going to get this out of the way quickly, because it is my only real criticism of the album – and it’s one that may not be shared by many – but, as beautiful a voice as Branco has, it just doesn’t seem to me to have the versatility that Aleluia had. Branco’s vocals suit the more delicate and jazzy passages, but don’t seem quite powerful enough for the heavier passages, seemingly unable to match the edge and passion of the music. I’m not sure if I would make this criticism if I were not comparing Elisabeth with Gerald, because I do very much like Branco’s vocals. They just seem, I don’t know, lacking at times. It’s not quite a mismatch between the vocals and the music, but at times it comes close for me.

It’s also hard not to compare Elisabeth with Gerald, as the two are clearly meant to be a pair, and two sides of a story. One thing I love is the way the artwork of Elisabeth mirrors that of Gerald. The protagonist views a scene from on high, Gerald looking down on an urban landscape at night, and Elisabeth looking down on a rural landscape during the day. And even though there have been a few years between the albums, the sound is very similar. I do find Elisabeth to have a superior mix to Gerald, though. Although each instrument still is clear in the mix, they blend more naturally. I found, for instance, the drumming a little hard on the ear on Gerald (and this is coming from someone for whom the drums are usually the favourite instrument to hear), but they are far better placed in the mix on Elisabeth, which makes them far easier to appreciate and enjoy – and so they should be, because Sérgio Ferreira plays a mean beat!

In fact, on Elisabeth, as on Gerald, percussion is the first thing that one hears. And, lest it seems otherwise based on what I’ve just said, I was immediately impressed by the drumming on Gerald. I merely found it’s place in the mix a little wearing over time. There are no such issues with Elisabeth, so I’m able to enjoy the drumming throughout. In general, I think I can safely say that I prefer the vocals on Gerald, but I prefer the music on Elisabeth. And given that there is more music than vocals, and a lot more of both on Elisabeth than on Gerald (this album being almost twice the length of the last), I’d be hard pressed not to admit that Elisabeth is a more enjoyable album than Gerald – something I would never have expected when I first listened to it.

While Griot are Portuguese, the bands I’m most reminded of are Italian. Their heavy and jazzy grooves remind me of modern bands such as Karmamoi and Unreal City. The band have moments of bombast, but excel in softer, more contemplative pieces too. Griot come across as confident and ambitious, and throughout both their albums show a quite brilliant blend of technicality and melody. The music is symphonic and sophisticated, but also smooth and accessible – heavy, but never too heavy; jazzy but never too jazzy.

One aspect of both albums that I particularly appreciate is the use of guest musicians to provide orchestration (strings, brass and woodwind) where it would perhaps have been easier to simply program these sounds. There is a real fullness of sound that is lacking in other albums, where real instruments have not been played. Even better is that the orchestration has not been placed overly high in the mix, where it can overwhelm or distract from the main instrumentation. It adds to the instrumentation of Pascoal and Ferreira, rather than taking over or taking the place of it. That said, some of my favourite moments on the album are provided by these guest musicians. Paulo Bernardino (clarinet) and Arnaud António (sax) especially give me goosebumps when they appear.

Like Gerald, the music of Elisabeth is broken into five chapters. With a longer running time, each of these chapters has been broken into two parts. It was impressive how much diversity Griot were able to bring into each chapter on Gerald, so it’s unsurprising that with greater length, there is greater opportunity for some powerful and impressive arrangements. The absolute stand out track for me is Unearthing the Past, but there’s not a dud track on this album. Despite any initial concerns, and one remaining criticism, this album has thoroughly impressed me. It has far exceeded any of even the most optimistic expectations I might have had for the album. With this story complete, the slate is now clean for the next Griot masterpiece – and I can’t wait! 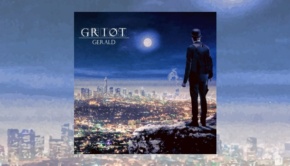