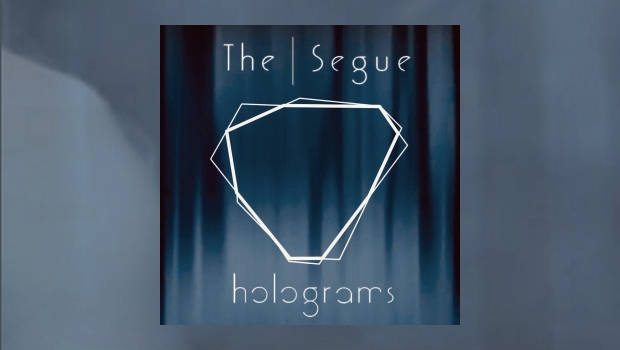 A hologram is an image that looks three dimensional even though it’s actually flat. If this process could be applied to a piece of audio art then it would sound bigger than the sum of its parts and therefore synergistic, so calling your album Holograms is clever and quite a lofty claim.

Fortunately, The Segue, who are a four piece from Kraków in Poland, have more than achieved this in their debut album. Alumni from the Academy of Music in Katowice and the Kraków School of Jazz and Entertainment Music have made a genre splicing mix of jazz fusion with proggy undertones with little shards of metal welded in at the appropriate time.

Partners Robert and Karolina Wiercioch, playing guitar and keyboards respectively, are joined by a powerful but jazzy tinged rhythm section of drummer Szymon Piotrowski and bassist Marcin Essen and have produced an exuberant seven instrumental track selection that moves easily and without interruption between each other or, to put it another way, they segue. Ha! this is clearly all coming together.

First off Segue gilds this lily with electronica effects layered upon a bed of rock, underpinned by a between-the-eyes Vai-esque guitar hit. It’s over too quickly, but no matter as Questions answers this faux pas with Karolina Wiercioch’s dominant piano-driven piece that features an out of body echo bass guitar solo that nearly takes away the jazz, but Robert Wiercioch’s six-string Jeff Becks it back in.

Exosphere will appeal to fans of the late Lyle Mays and the quality of the production comes to the forefront. The piano playing is simply lovely as slight moves on the fretless bass slide the notes around the table before the frolic of the jazz lead guitar takes centre stage.

Torrent has Karolina’s dexterity to the fore in a track that seamlessly appears to anchor the jazz to the rock face. A bit of Wah Wah chopping and a guitar coda that smokes, ending with a drum fill that would have had Szymon Piotrowski’s drum teacher holding up two tens and waiting for his knighthood.

Future Ways has a keyboard timbre that is very Pat Metheny synth guitar whilst other sounds have definitely been re-grown from technology retrieved from a downed flying saucer. This is Jazz Rock at its finest and it’s great. If chart based rap and boy band is your thing, then this album will sound like an alien abduction, so run away now. This is music for humans with a brain, no more so than on the penultimate Broken Mind that has all that civilisation has achieved since electricity was first used to amplify and record musical instruments.

Ending with Time Space Illusion, which is eight minutes of what must be everything The Segue hoped their music could achieve, with arpeggio piano riffs, blatant heavy metal riffage, and the drummer never intending to take his used kit back to the shop. A good closing track that drives like a sledgehammer with big synthy solos that sound like your foot has got in the way and you’re joining in with the reaction caused.

Recommended to anyone who likes their instrumental music well played and packed to the gills with power and jazz porky worky. An outstanding debut and worth all the hard work that must have happened in their student years. In a (Polish) word, ‘Imponujący’.