Earlier this year, TPA’s Nick Hudson reviewed Julia Marcell’s latest album, and first on Long Branch Records, Skull Echo. Julia is writing a screenplay with Natalia Grzegorzek based upon the album, which would have been released already were it not for Coronavirus. The release date was moved back to 8th May, and at this stage it looks as if this will still be the date. In the meantime, Julia took some time out to answer some of Nick’s questions about the album and film.

Firstly, I just need to say that Skull Echo is one of my favourite releases of the year so far, if not the favourite. It’s been some time since I’ve become so enamoured with an album so quickly.

Thank you, that is wonderful to hear and so nice of you.

How do you feel about the album, now that the world is largely in lockdown? The theme and content of Skull Echo is quite prescient and eerily pertinent. It’s given additional meaning to the album that I’m sure was unintentional. I can’t imagine you had any idea we would all be, to paraphrase you, trapped in our heads, in our houses, building our image of the world from a far smaller and more personal level, with our perceptions of time, loneliness and information uncertain and transformed.

I guess I felt we already were in our heads a lot anyway, even before the pandemic. At least I was, my life was mostly happening inside my computer. Over the past few years I had less and less to do with real people and physical objects and that fed into the idea. The subject matter felt very intimate to me then, right now it’s become something else entirely. I haven’t listened to the album in a while, I tend not to do that when I’m done with the mastering and go on tour, but whenever it comes up somewhere, passes me by, it does feel descriptive of our current situation. It’s uncanny.

It almost feels like we’re living in a dystopian novel, or film perhaps. I know you have been developing a screenplay for a feature with the same name, Skull Echo, with the idea for the film coming from the themes discussed in the music. I hate having to use the adjective “cinematic” as it is so often overused to the point of being clichéd, but much of Skull Echo is inarguably cinematic, and it’s not difficult to see how easily it would lend itself to being the soundtrack to a film. Are you using the music from Skull Echo for the film of the same name, with new arrangements and interpretations, or merely as inspiration?

I plan to use the songs, but I’m not married to these particular versions. When the film hits post-production I’d love to have some freedom, I will follow the picture and what the film needs. My plan is to tell a story well and if that means I’ll have to bend and strip and re-record, then so be it. 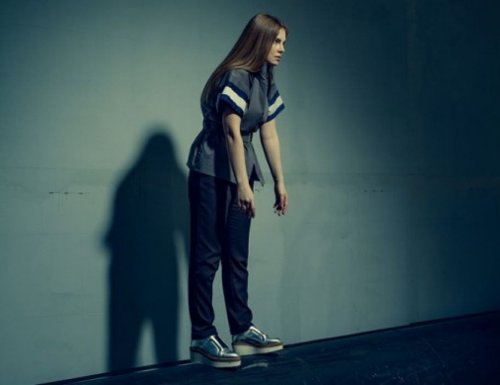 Have the global events relating to the novel coronavirus changed the idea you had for a screenplay, at all? How easily are you and Natalia Grzegorzek able to continue to write and produce the film, now that you are in lockdown?

We keep going, working on the screenplay, which means rewrites, gathering feedback, etc. That’s easy in times like these, at least for me, I love writing. I do hope though that by the time we are ready to shoot the lockdown will be over. The pandemic will change us, I believe that. The culture will react to it, stories will change, but it’s too early to tell how, I couldn’t plan for it. My best bet is it will happen gradually and inform my artistic choices on the go. At the moment I get absurdly aware of people in films gathering in crowds or walking around in public without masks and gloves. Funny, how quickly that happened.

The way we’ve reacted is similar to the way Skull Echo plays out, to me. The album seems to start quite brightly, but as it progresses the sounds become colder and darker, and more withdrawn and introverted. Stripped to the bone for the title track, which finishes the album in a quite breathtaking manner. Again, this is only my own interpretation based on what I’m viewing through lockdown, and I know it does not necessarily represent what you envisaged. Do you have any worries that what people might have visualised from the album will not match with your visions for your film?

I don’t worry because I believe once a piece of work is out it stops being mine, every listener has their own interpretation and that makes it richer. The piece is wiser than the creator, is something I like to say. Is the film bleak? It definitely has its moments. It explores the same topics and emotion as the album, but the film is also a story. And within its narrative curve, I strive to leave the viewer with a feeling of hope. It needs both sides, the dark and the light.

I definitely agree that once an album is released, it ceases to be the artist’s. It’s not common in my experience, though, for musicians to think this way. The idea of The Death of the Author, as espoused by Barthes, is not often brought up in music, and yet in a way music is more victim to this than literature, as lyrics are often ambiguous and sometimes completely absent. The lack of description in music, compared to literature, makes it even easier for a listener to create their own idea of what a song is about. I’m a great fan of Alice in Chains, and one of my favourite quotes from Layne Staley, when questioned about what his songs were about, was the rebuttal that “whatever YOU think they’re about, THAT is what they’re about”. I like that you’ve pretty much said you’re not worried at all about writing a film based on songs people will already know, and will therefore have already created their own ideas and visions for.

I’m pretty sure if I gave any thought to what kind of visions and ideas people formed around the album, I’d be creatively paralysed. Fortunately, the songs themselves don’t specify any events or characters, so I follow their themes and core concepts as a sort of narrative compass. Putting pictures on music is complicated, true. There’s that aspect of shrinking a universe – you take something abstract, emotional and free to interpretation and stick an image on it. Powerful, but also risky. But I can’t get that precious with my own work. I stick to the gut.

One of the tracks I really enjoyed was Which Way Is Now, which is extraordinarily beautiful, and I’d love to have heard more shorter bridging tracks like this on the album. It really enhances the cinematic feel and flow of the album. Was there a reason you chose not to include more pieces like this?

Yes, I found the flow of the album to be quite delicate. I wrote more songs and I did have a few shorter bridging tracks, but they did not make it better. Perhaps there will be space for them in the film?

I hope so! But to move away from your screenplay, can I ask how you came to Long Branch Records? I honestly can’t think of a more appropriate label for you. I love the way LBR, while well known for some quite heavy and djenty bands, also has some quite poppy ones. I love bands like Uneven Structure, The Hirsch Effekt, and Agent Fresco, but LBR have also released albums from poppier acts with a dark edge like Razz, Low Frequency in Stereo, and Kaiser Chiefs. I’d never heard of you before, but just being on LBR brought you to my attention, and your music really does seem a good match for the label.

Great to hear that. I have been introduced to LBR by Michał Wardzała from Mystic Production – my label in Poland. He played my music to them and they liked it. Then we met and then we signed. Nice people.

Nice people, who appreciate nice music – no matter the genre. Having a considerable pop sound to Skull Echo, do you feel a poppier sound is unfairly looked upon by a lot of people? I’ve never understood the snobbery myself, but it seems as if as soon as someone dares to allow a little pop into their music, unless they are already a mainstream pop act, they are no longer taken seriously. The biggest example in recent times would be Steven Wilson (although I always felt that was a complete overreaction, as Wilson has always flirted with pop, and there have been songs throughout his career that are as poppy (and in some cases more so) than much of the material from his unfairly-derided To the Bone album. Not only that, but as poppy as Wilson’s or your music might or might not be, it’s still not the sort of pop likely to dent the mainstream charts anyway!

Difficult question. I guess it has to do with expectations. I know I have been snobby about artists I like releasing music I deemed “lazy” or “trend-chasing”. Sometimes I revisited those same albums later and found them wonderful. That’s not to say that creators of music are not under pressure to move towards pop. But contrary to popular belief, pop music is incredibly difficult to make and it has to do with energy. A pop song needs a spark. Just like ideas, hooks have a mind of their own, you can’t pull them out of a hat and good pop songs are somewhat magical beings because of that.

Oh, I am definitely in complete agreement there! Pop can be lazy and still be successful, but that success is ephemeral. The best pop songs, those that endure, are rarely pulled out of the hat. Pop can also convey emotion incredibly effectively. Back to your screenplay, do you think the pop sound, particularly the more electronic aspects of much of it, lends itself better to a soundtrack? Even something like Ulver’s Perdition City, from their phase of making soundtracks for films real or imagined, has a pop vibe – albeit a very dark and bleak one.

There’s verve to pop that works well with film, it can quickly give more ‘oomph’ to a scene, but then again, it can easily dominate it. And sometimes you just want the music to sneak in on the audience. That’s why, I think, a lot of soundtracks have a combination of pop and illustrative pieces.

Yes, Life is on Television has only one version, it’s everywhere in English. The song didn’t go well with Polish lyrics, something about the melody didn’t work with the language, but I liked it too much to kick it off the album for that simple reason.

It’s a great track, so I’m glad you didn’t leave it out! Thank you for taking the time to answer these questions. I can’t wait to hear more from you, and I will definitely be checking out what I can find from your back catalogue.

Thank you, Nick! It was my pleasure. 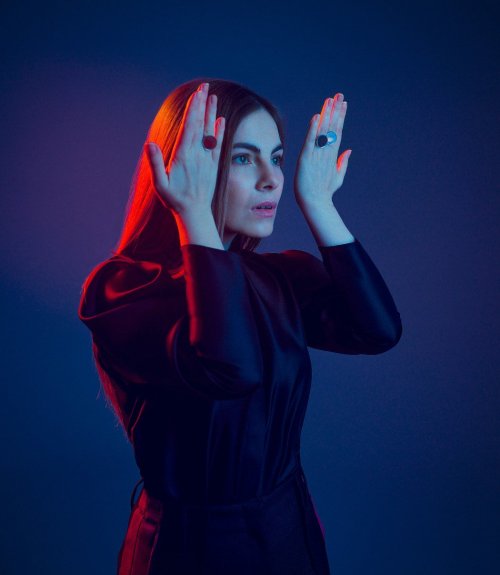