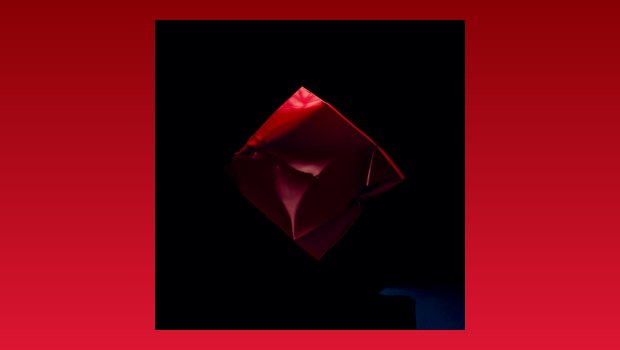 Right, that aside, let me try to review without gushing too much – because I absolutely love this album! I’m very thankful that Julia Marcell has signed to Long Branch Records as otherwise I’d probably not have heard of her. This is, I believe, her fourth album, so I am going to have to seek out her previous work based on how impressive Skull Echo is. So for those, like me, who were unaware of who she is, Julia Marcell is a Polish musician and film writer/director, presently residing in Germany (hence, I assume, why she has been signed to German label, Long Branch). If I am to be incredibly simplistic and lazy then what Julia Marcell makes me think of is a mix of Mayra Orchestra, Heather Nova and Lorde – all three of whom I am a great fan of.

From a personal perspective, when it comes to prog – whether it be pop or rock – it is important to listen to an album as a whole. To return to Steven Wilson for a moment, I know a lot of people who couldn’t stand Permanating when it was released as a single but ended up enjoying it when it appeared in sequence on To The Bone. Some songs don’t hold up well out of sequence but work perfectly within. I can imagine the same thing happening with Julia Marcell, if someone were to hear a couple of songs from the album, or were to dip in and out as they sample through Bandcamp or Spotify, or whatever. This is definitely an album that is best appreciated in full.

It’s also very much an album for the times, unintentionally prescient. As Julia Marcell describes, “Skull Echo is a story about time, perception and loneliness. About heads in which we are trapped, building our image of the world through our senses – full of uncertain information, selectively remembered and freely transformed.” In these days of global lockdown, it all has so much more meaning. And it’s hard not to be swept away by the sweeping melodies, and get lost in the evocative world Julia Marcell creates. I’ve complained before about the overuse of the adjective ‘cinematic’, but for much of Skull Echo, it is entirely appropriate.

Indeed, along with the music came the idea for a film, which Julia Marcell is currently developing together with film producer Natalia Grzegorzek. I can’t wait to see the images to match the music. In the meantime, I am left with my own images, and like the best cinematic music, Julia Marcell’s provoke these. Although mostly electronic, this album is unlike any other electronic album I’ve listened to. It’s more symphonic rock than electronica, and the moods conveyed by the various electronic beats and sounds are astounding, becoming darker and darker as the album progresses.

The album opens with Cerebral Bliss, which begins with a mournful keening reminiscent of the instrumentals from Bowie’s Low, before a single note starts beating in the background, and then a repeated sequence of notes that sounds almost Muse-like. The fully electronic beat kicks in, and then finally, just before the two-minute mark, Julia Marcell starts singing, in a manner like Björk, though not necessarily sounding like her. A Nine Inch Nails beat kicks in, and the vocals are more Bush than Björk. Why am I giving all these half-hearted comparisons? Purely in an effort to show how disparate are the many sounds and textures that make up the music. Ultimately this sounds unique, and it is cerebral bliss indeed. It’s an incredibly effective opening number as it builds and builds, and changes and changes, before fading out.

Nostalgia is a suitably nostalgic number and sounds like the ‘80s as imagined by people who did not necessarily live in those years (like Lorde, who this song reminds me of a little). Julia comments, “Thinking about my own nostalgia makes me wonder, how much do I actually long for the real thing? How much of what I remember, I make up?” This sense is perfectly conveyed, although this could definitely be the contender for Julia Marcell’s Permanating. Recently released as the third single from Skull Echo, I suspect it could be as divisive as Steven Wilson’s single was. I like it, but then having been born in 1975, I’m essentially a child of the ‘80s.

The following two songs have also been released as singles, and all three have a very different feel to each other. If you’re so inclined, you can check out the videos on YouTube, but I’m not including them here, for the reason mentioned near the beginning of this review. As I know I can’t totally ignore them, I’ve chosen instead to feature the Polish language version of Infinity Halt. (With the English language version of the album being pushed back to May, the Polish language version is presently the only one you can buy.) Ultimately, for me, none of the singles have the impact individually that they do within the album. I won’t say I don’t like them, because I definitely do (there’s not a track on this album that I don’t love), but for me the album really picks up from the following song, Houses of Glass. It’s colder, darker and bleaker, so I don’t know what that says about me for preferring it, but maybe it’s just a reaction to present times.

The other reason, I guess, is that although it’s only marginal, Houses of Glass is a longer piece, which allows more time for development – just as Cerebral Bliss was able to develop over its similarly longer running time. The three singles are all shorter and more compact. They say what needs to be said, and they say it well – but I just prefer the longer songs. And, of course, I’m now going to completely contradict myself, because I love the barely two-minute interlude of Which Way Is Now. In fact, I’d love to have heard more tracks like this. Imagine what this album could sound like with an interlude between each song? Awesome, that’s how it could sound! This definitely heightens the cinematic feel, and it provides a wonderful preface to Understand Me, with its understated beauty. And boy, when the song shifts in the last third, it’s one of the most impressive moments on the entire album. The final minute or so of Understand Me is possibly my favourite piece on the album.

Time is unfortunate to fall between Understand Me’s incredible coda, and another of my favourite tracks on the album, Mother. In this way, it is similar to the three earlier singles, being a perfectly enjoyable song, but too short to allow a great deal of development, and subsequently overshadowed by other songs which are not necessarily better, but more impressive. And Mother is definitely impressive, with its dynamics of sparse and ominous sound in space and equally dark high-rev phases. Again, like Understand Me, the final section of the song is just amazing.

Life is on Television is my favourite of the shorter songs, though it really feels more like an interlude, functioning in the same way Which Way Is Now did earlier. Again, I’d love to have heard more pieces like this. It’s an exceptionally beautiful piece, despite (or perhaps because of) its relative simplicity, and like Which Way Is Now, Life is on Television perfectly sets up the title track, Skull Echo – which is, itself, another short piece. Shorter, in fact, than the preceding Life is on Television, but just as beautiful. The title track is suitably stripped to the bone, and virtually a capella. It’s absolutely gorgeous, and definitely one of my favourite moments and there could be no better way to finish this album.

[Post-Script: Having investigated the Polish language version, and looked at the track order on Bandcamp, it would appear the track order I was given for review is not accurate. And while the changes in sequencing are minimal, they make a massive difference to the flow of the album. For example, where I mentioned Time is lost between Understand Me and Mother, it appears it should have come between Infinity Halt and Nostalgia. It works so well here. When I wrote my review, I didn’t feel I could describe the album as perfect, as the sequencing meant that as good as the individual tracks were, some were unfairly overshadowed. Having listened to the album again (and again), with what I assume is the correct track order, I have no hesitation in saying that this is a perfect album.] 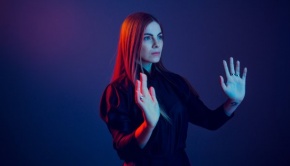