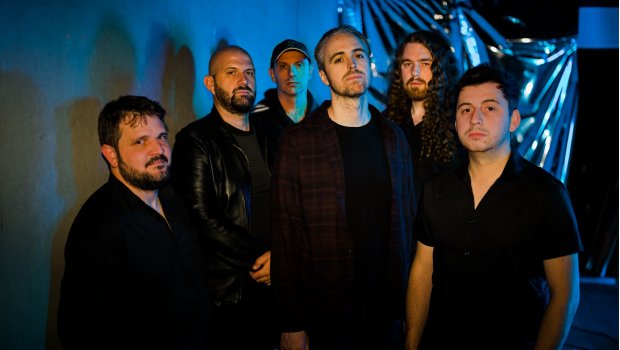 Upon receiving Homeless, the latest album by Australian band Anubis, I felt compelled to get in contact with them because I had a couple of queries about the album, and I didn’t want to make assumptions that might end up being wrong. I didn’t expect to have such in-depth answers, and I am so very thankful to Dave Eaton and Douglas Skene from Anubis for taking the time out to talk with me.

I asked if I could be the one who reviewed your album for two reasons; one because I already know and like your music, and two because of ProgAid, which I already wrote about in an article. Anubis is, of course, playing ProgAid, which has a fantastic line-up. 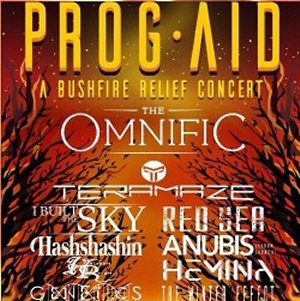 Dave: ProgAid is great. It’s being sorted by NineEight. Alex is a wonderful friend, a very deep thinker and a great guy to get into conversation with. So it’s a pleasure to work with him. He’s a fan of all the music I love so we usually sit and chat about why we love this or that Marillion record. Doing the show is an honour, really. It’s always a great feeling to use whatever platform you have to help in these situations.

Have the fires affected any of you personally?

Dave: The fires came very close to home. Dean lives right in the path of one of the fires. Thankfully it never got there – but we completely felt the threat and it was utterly terrifying. My music school is a few minutes away too, and Anton had a fire break out near his home on one of the hottest days. Loads of friends were even more heavily affected.

It’s strange for me to see Anubis so far down the bill because from an international perspective you’re easily the biggest/most well-known band on there. Only Teramaze or Hemina are possibly as well known over here. And speaking of Hemina, Douglas being lead vocalist and lead guitarist of that band means he’ll be pulling double duty, and playing two sets!

Douglas: Yeah, but I’ll love it so no complaints on my front.

Dave: The Australian prog scene is pretty strong. But our profile is much bigger overseas than at home, and Europe is our best market. The line-up is great, so hopefully it’s going to be an exhilarating night of music too, all for a great cause. We’re planning on debuting the Homeless material live too – and it’ll be a thrill to do that at home in Sydney. But it’s a joy just to be involved really. We’re not worried about position – it’s a great cause, lots of great music and players, and in a dying market like Sydney’s music scene, and a niche corner of that at best, we get a chance to play much of our new album to a bigger audience than we might usually in Sydney for the best possible cause. It’ll be a great night and we’ve done the art factory before and it’s such a great venue, brill atmosphere.

Oh yeah, I didn’t mean anything of it when I mentioned your position on the bill. Just found it interesting. It’s always funny how some bands can be bigger outside their own country than within.

Dave: Oh, no of course – I knew what you meant.

It’s weird, but the Australian market is a little less geared toward the ‘EuroProg’ type of thing. It’s a bit heavier, a bit more Djenty and that’s fine. There’s not so many artists who do what we do over here, so we’ve always been like the weird kid in the playground. And we’re happy enough to be that, I think.

I get what you’re saying about the djenty sound that’s prevalent in the Aussie prog scene. But while there is no way Anubis would ever be considered djent, one of the changes on this album is the sound – and I’m quite often reminded of bands like Radiohead and Leprous, though the music doesn’t necessarily sound like either. But that’s where the djent comes in. Leprous is not really that much of a djent band, but they hint at the same sound in the same way Anubis does on Homeless.

Douglas: Most of the band really like Radiohead and I’m a huge Leprous fan so maybe some of the crunchy off-kilter rhythms may come from some of that influence. 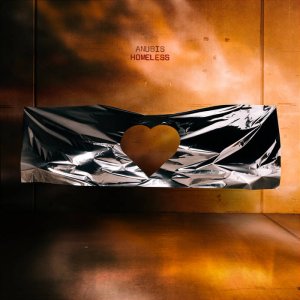 I have to say I love those crunchy off-kilter rhythms! The album is actually really interesting to me, because while Homeless still sounds like Anubis, it’s a noticeably different Anubis. Of course, some of this is due to the shorter song lengths, but stylistically they are less neo-prog (or, at least, less traditional neo-prog, as the vibe is still there). I’ve also noticed you no longer use the neo-prog tag on your Bandcamp site. Is this a deliberate move away from that label?

Douglas: In terms of neo-prog, I’d say we never loved that term and only really used it because it’s where we got lumped back in the day on ProgArchives. In terms of Prog influence, it’s always been more Symphonic Prog, newer influences – and Marillion probably as the only Neo band we listen to collectively.

Homeless is having its official launch at Prog Aid. The titles of the songs, and many of the lyrics, and even the cover art seem to allude to the Australian bushfires. In a way, though not overtly, Homeless appears to be a reaction to the bushfires. Is that the case, or is it just a strange coincidence?

Dave: When we wrote Homeless, it was more a reaction to everything that we saw in the world – and really a vague commentary on the inertia of Australian politics, the lack of desire on the parts of the power brokers to actually do anything to prolong our time on Earth, the media being so divisive and people consistently arguing.

The album was already mixed when the first fires developed and at that point the lyrics seemed very pointed and aimed at the Australian Government in particular which – regardless of which way you vote – seemed not to care a bit, and the prime minister just disappeared. It’s turned out to be an incredibly prescient concept album that turned out so entirely by accident.

Even to us, the lyrics seem ridiculously poignant. But in a general sense, it’s about feeling what you once felt was secure has suddenly vanished. It’s something the world can relate to. With Brexit, the division sowed in Europe, the USA being in a seemingly unending tug of war politically and everyone yelling at each other over social media – anyone with empathy can feel that things have changed. The tables have turned. If we’re to turn them back and start being together – it’s going to take rather bigger gestures.

The strange thing is the fires rather galvanised people over here, and it’s moved the Overton window a little more toward seeing the danger we’re currently in. Australia, despite its international reputation as being a bit rough, all Steve Irwins and Mick Dundees, is a very progressive and multicultural country that seems to be rather more forward-thinking.

I hope Homeless shows that.

[And you can read Nick’s review of Anubis’ Homeless album HERE.] 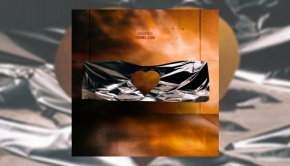