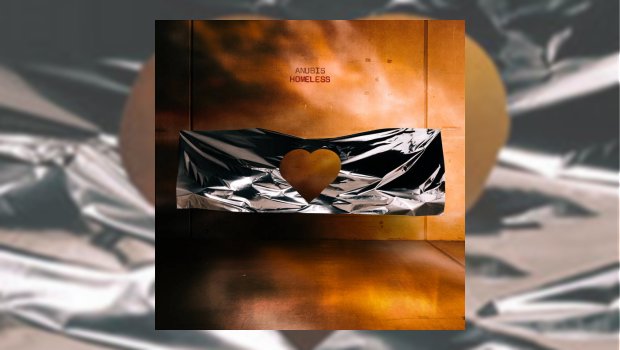 I’m not one to write off entire (sub)genres of music with blanket statements of dislike or disinterest, but I admit I’m wary whenever the label neo-prog is used. There are definitely far more bands described thus which bore me or leave me cold than there are which I enjoy. When comparisons are made to Marillion (a band I’ve never managed to appreciate, despite many entreaties from friends who are fans), I’m definitely approaching with caution. Yet, Australian band Anubis are one I’ve always enjoyed listening to, despite being described as neo-prog, and despite comparisons made to Marillion.

Perhaps it is telling that Anubis no longer tag their releases as neo-prog on their Bandcamp site (albums up to and including the acclaimed Hitchhiking to Byzantium from 2014 all have the neo-prog tag). Regardless, Anubis have given me enjoyment through the years, and their latest release, Homeless, has become my new favourite of their releases. It is also their shortest, and this may come as a surprise for many accustomed to the lengthy albums that Anubis have released in the past. Homeless has been written with the current vinyl revival in mind, having a vinyl length 41 minutes.

While I’m sure some fans will be disappointed by the shorter song lengths, I feel they give the album a greater intensity and vibrancy than previous releases. Homeless is also an entirely contemporary sounding album. And this is great for me, as (harking back to that neo-prog tag) for a genre with “neo” as part of its name, the music often sounds too rooted in the past. Without meaning to detract from previous releases, there is more depth and colour in these shorter songs than the extended pieces Anubis fans will be more used to hearing. I’m actually a great fan of lengthy tracks, but sometimes brevity can serve a musical idea better. The concise nature of the songs on Homeless very much works in their favour.

That said, the album begins with the longest track, Reflective, at just over seven minutes, and it is the closest in sound to previous Anubis releases. It’s an excellent opening number, and yet it’s possibly one of my least favourite songs on the album. The reason for this is not because it’s not a good song (as it most definitely is), but because I really like where the album goes from here. The songs of Homeless are not just shorter. While they remain recognisably Anubis, the sound here differs from their previous albums. That statement in itself is somewhat disingenuous as Anubis have changed their sound from album to album – but not to this degree. It’s a change that may well alienate some of their fans, but I welcome it.

Entitled is almost as much of a red herring as Reflective. It’s about as far from what one expects Anubis to sound like, as Reflective is, well, reflective. However, while the remainder of the album might not be quite as heavy as Entitled, it can be just as gritty and grinding, and just as dissonant and unsettling. It’s still neo-prog, but it’s not traditional neo-prog. Throughout the album, I hear sounds reminiscent to me of bands like Radiohead and Leprous, rather than the neo-prog bands traditionally used as comparisons (but, of course, I don’t listen to a lot of neo-prog, so your experiences may vary).

The first half of the album ends with the first single, Home. It’s a lovely, melodic piece that will horrify some with its ’80s Phil Collins-style drums. And I suspect many people who know my musical tastes will be surprised how much I enjoy it. There’s not much to the lyrics, but they are infectious enough to become an ear-worm, and I’ve often found myself humming or singing the refrain to myself in the last few days.

The second half of the album, though, is my favourite. The sequence of songs from Homeless to Gone is just beautiful. Sirens, the second single, is a bit of a banger and a deserved centrepiece for this side of the vinyl (if you’re listening in that medium), before giving way to a quiet and introspective duo of songs to end the album. Gone is as perfect a closing number as Reflective is an opening number. It’s lush and gorgeous, and is gone too quickly.

Steven Eaton’s distinctive drumming has always been my favourite aspect of Anubis, and he’s never sounded better than on Homeless, but that’s not to take away from the rest of the band. Everyone gets the space to shine, and of course the harmonies provided when every member of the band sings are pretty special. Overall, this is for me Anubis’s best and strongest album yet. I’ll admit it does feel like it ends a little too soon, but that is only because I have become accustomed to longer length albums over the years. Homeless says all it needs to say in a perfectly packaged vinyl length album.

My review should probably end there, but there’s one more thing I feel I need to add…

The blurb from Anubis’s website states that: “Homeless is written from an individual’s perception of their world as it exists in 2020. From the ever-increasing reliance on technology to the increase in inequality and poverty. From rampant populism to the crumbling environment in which we live; from the vacuous ‘thoughts and prayers’ from the leaders elected to enact change in people’s lives to the individual’s never-ending quest for enlightenment, empathy and heart.” Perhaps surprisingly, for such a brief, there’s little in the way of preaching, and a lot is left for the listener to think about, and decide for themselves. So much so, that I assumed until reaching out to the band, that the album was a reaction of sorts to the devastating Australian bushfires.

Indeed the official album launch will be at Prog Aid, being organised by Nine/Eight Touring in conjunction with HeavyMag, Behind The Scene, and BHSS on 15th March, and while you need to be in Australia to physically attend, remote tickets are being sold so that anyone in the world can watch a live stream of the performances. It’s an impressive bill, consisting of The Omnific, Teramaze, Red Sea, I Built The Sky, Hashshashin, Anubis, Hemina, Genetics, Halcyon Reign, and The Winter Effect. All proceeds from the show will be going to WIRES and the Australian Red Cross. Remote tickets for the live stream can be purchased HERE.

Even the cover art for Homeless seems to allude to the Australian bushfires. However, despite fire being mentioned in the lyrics of the opening number; and many of the songs, in title and lyrics, offer potential allusions to the bushfires and the effect they have had on individuals (including, obviously, being made homeless), this is purely coincidental. Nevertheless, current events do give an added poignancy to the album. I can’t help but think of the fires when I listen, and I don’t think that’s a bad thing.

To all over there, across the ditch, from one Antipodean to another, kia kaha, my cuzzies!

[And you can read Nick’s interview with Dave Eaton and Douglas Skene from Anubis HERE.] 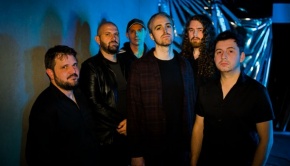