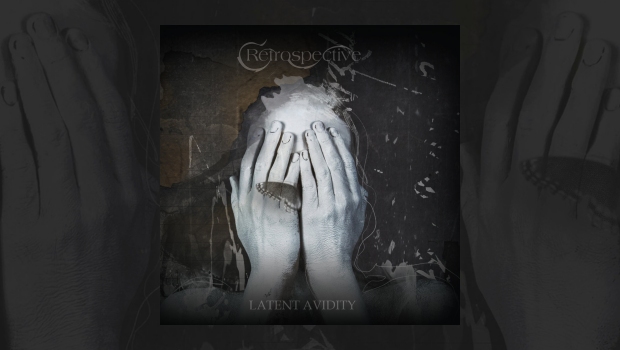 Latent Avidity is the latest album from Polish progressive rock band Retrospective, who have been releasing music since 2007. I do not know what they feed them on in Poland but it does seem to be producing some impressive bands, such as Quidam, Collage and the mighty Riverside. The comparisons to Riverside are not only connected to their shared nationality as this latest release from Retrospective demonstrates they have more than a passing resemblance to their illustrious compatriots.

Time is a short instrumental intro that segues into Still There, which features some assured and powerful vocals from Jakub Roszak, with echoes of Eddie Vedder of Pearl Jam, and some flowing piano from Beata Łagoda. The lyrics seemingly focus on a person struggling with inner demons and the fear they induce in a loved one:

“Take a look, she is really scared, When she knows you are coming back, The Monster is coming.”

Maciej Klimek injects a short, delicate floating electric guitar solo as this impressive song rolls along – it’s a fine way to open the album. Beata Łagoda steps up just as impressively to the lead vocals for Loneliness, which is a similarly classy slice of accessible progressive rock with an earworm of a melody. There are some similarities to Anathema, particularly with the combined female and male vocals. Robert Kuzik drives it along with some great drumming, underlying the infectious twin keyboard and guitar attack.

The more ambitious The Seed Has Been Sown has a remarkable affinity with the classic Riverside sound, seemingly focusing upon demagogues exploiting the fears of voters, which seems timely for some strange reason. Łukasz Marszałek’s lays a rock-solid foundation on bass and Klimek’s guitar echoes eerily throughout like some sort of sonic lighthouse, alongside some outstanding, fluid guitar lines as the song fluctuates between power and subtlety. Jakub Roszak shows remarkable vocal dexterity, alternating between whispered lines, sinister vocalisation and full-on rock vocals. In contrast, Stop For A While is a rather lighter and more wistful reflection on just taking some time to stand back and appreciate the positives in life – it’s a welcome change in pace and sheds some positivity and light into the album.

In The Middle of the Forest continues the optimism and hope with a rolling, joyous celebration of spending time with one’s children in nature, learning and just enjoying the freedom of such an experience. This song really has a memorable melody with the band locking into quite a groove. One cannot help smiling at the sentiments being expressed and the infectious quality of the overall feel of the song. It’s actually quite refreshing to find a progressive rock band not continually immersed in darkness, melancholy and despair!

Programmed Fear barrels in on a synth wave and an insistent, powerful beat which builds into a tidal wave of sound, and Fear returns. The intensity recedes as hope emerges with the main protagonist realising their own power to break free and look to the future as the song fades away.

Latent Avidity concludes with the rather more epic What Will Be Next, and there is a sense of ‘sameness’ in that we have heard these musical and lyrical themes throughout the album. Retrospective clearly know their stuff musically, but by the end I did have the feeling that I would have liked a bit more variation from the very similar musical palette used through the album. They do it VERY well, but by this concluding song, those themes may have been rather a little overused. What Will Be Next is more ambitious, but for me it crucially lacked the hooks and melodies that underpin the other standout songs on the album, Loneliness, The Seed Has Been Sown and In The Middle of the Forest. Nevertheless, it is by no means a poor song – far from it! It’s just after the quality of some of the preceding songs it was not the ‘killer punch’ end piece I was expecting or hoping for in all honesty.

I confess that prior to this album from Retrospective I had never heard of them – there are quite a few quality Polish bands out there. This meant I had an open mind. It is fair to say that this album definitely won me over. They clearly work in the shadow of Riverside… but that’s a good thing! If you like melodic progressive rock with a heavier edge and interesting lyrics of light and dark then this is worth investigating – I will certainly be doing a retrospective on finding previous Retrospective albums.