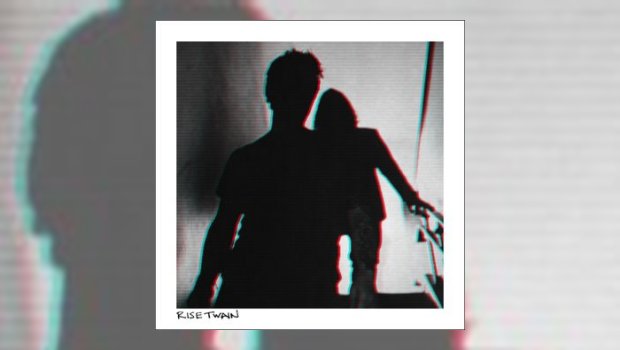 Progressive music is a smorgasbord, a rich stew, it is tex-mex, pacific rim, Asian fusion. A meal that mixes styles. And with Rise Twain, much of that complex mixing of flavours is occurring. On first listen you sit; you lean forward and then say ‘um’.

Rise Twain is a Philadelphia-based duo offering material ranging from anthemic to plaintive, grand to intimate, fertile to destructive. They are the union of Brett William Kull (producer, audio engineer, and member of Echolyn, Grey Eye Glances, and Francis Dunnery’s New Progressives) and J.D. Beck (Beck-Fields, The Scenic Route, author & playwright), forward-thinking songwriters that have cast their debut album with eloquent structures fit for both the heart-wrenching and star-clenching. They bring with them many collective years of direct and varied experience in writing, performing, and recording music.

If you took The Pineapple Thief, Muse, and few older established bands, plus some young still being tried bands then you have an essence of Rise Twain. It’s very good, but you are left wondering about the identity of Rise Twain. I think the best way to review this piece is, to my mind, in chunks. A couple of tracks one style, then a couple in another, not unlike a Mark Twain novel where the prose may change in keeping with the character being related.

Everspring and Golden both have an indy laid-back Californian feel, though to me the essence of indy is quite English. It is good to listen to, but at the back of my mind I’m thinking “Haven’t I heard it somewhere before?”. That could be taken as quite disparaging, it is not meant as such, after a few listens you do find yourself humming passages of the songs. There is some great guitar technique here. But, is it enough?

The Range and Lit Up; notes picked out in a stark silence, slowly other instruments joins. It’s a little bit Coldplay, but it grows, not unlike Coldplay. In the range, the song stylings or the vocal range, it is very nice, totally listenable, but something for me remains missing. Lit Up steps into Semisonic territory, not a bad place, in a well-crafted song with a couple of great hooks, progressive pop, but of a high standard. There is a slight Riverside hint too. All good sources; enjoyable, singalong, easier listening.

Death of Summer brings a Travis, Snow Patrol, indy vibe. More progressive pop, it is alright. It is difficult to describe music that you are more than happy to listen to, but lacks, on the whole, that extra spark, the flame to light the candle.

Remember those albums you once bought only to find that one track stood above all others? For me, Prayers is that track, as Rise Twain stroll into Turin Brakes territory. This I find exceptional, it just touches all the right buttons, and can I say why? No. But isn’t that often the case? The rest of the album is very good, the musicianship is top-notch, the tunes more than pleasing, but for me less than sparkling. That said, I would happily take Rise Twain over 99% of the charts. The words and music on Prayers is the Goldilocks, it’s just right.

I do find that my ears are more than happy to listen to Rise Twain, but my attention wanders, the Turin Brakes vibe again fills my aural soul and my status is moved but unmoved. There are some fantastic guitar solos and other virtuoso performances, and I don’t feel that the unspent Christmas token would be wasted.

There will be more battles to be thought, but in the musical gladiatorial arena Rise Twain have plenty of fight and future, with the right song and airplay I could easily be left eating my hesitant words.