Tonight, TPA branches out into scriptwriting, and this is our first word explosion!

With Your Host (naked, except for a pair of speedos, over-large gum boots, and a polkadot bow tie) and guest EE (casually elegant in a charcoal suit by Roderick Charles of Jermyn Street and shoes by Loake) present and correct, the scene is set…

Good evening, and welcome to Arts On Fire, your unfeasibly early morning post-curry expulsion, and cutting-edge arts discussion programme, where all debris in the culture cosmos is given due consideration.

Today we welcome a living god, moving in the classical music sphere, Russian emigré Emeritus “Two Pubs” Elvinov, here to dissect his latest musical polemic on the modern socialist’s dichotomy, and to explain his obsession with bawdy drinking establishments…

Good evening. A most remarkable introduction, I must say.

One tries, one tries… Before we get into the serious business of contrapuntal rhythms and wrist-breaking repetitive piano figures, please do expand on this “Two Pubs” business!

Oh, I merely suggested to my drinking colleagues one evening that we might move to a different hostelry. They called me ‘Two Pubs’ and that’s all there is to it, really.

So you don’t own two pubs then?

Certainly not! I don’t even own one. It’s just a silly name a few friends came up with. Now, if we could please talk about my upcoming recording?

So, there’s not even an intention to own a pub, or two, at some point in the future? To bring you in line with your nickname?

No! Can we get on to the music, please?. I wish I’d never suggested going to that bloody second pub now.

Ok, I get it… Now then, your latest avant-construct… Horse Found In Pope, Handsome. Did you write it in the first pub or the second pub?

Look – I agreed to this interview in order to have a serious conversation about my new work and the challenges of mounting multi-disciplinary forms in non-traditional urban environments – not to talk about bloody pubs. I’m sick of pubs! I hope I never set foot in one again!

OK, OK… simmer down. Your childhood locked in a rat-infested loft in Vladivostok wasn’t a barrel of laughs, was it?

No more talk of pubs? You really want to ask about my music?

Ah. Right, Yes, well, we were a stoic lot back in those days. As long as I had a piano to compose on I was happy enough. In fact, it was in that very loft that I first conceived of The Flamboyance of Trees.

Stamens, we all like a good stamen. Now then, I read that while your father was languishing in the salt mines out in the Gulags, you studied under world-famous ivory tinkler Dimitry Diminimov. When did he take you to your first pub?

Right – that’s it. I’m leaving. I’ve never been treated so shabbily. You and your bloody pubs. It’s a disgrace.

B-b-but… I haven’t asked you about the trainspotting yet!

Well, if you haven’t guessed by now, that was a spoof based on the script for the Monty Python scene Arthur “Two Sheds” Jackson, starring the late great Terry Jones, who along with Michael Palin, whose tearful obit on the news, on the night of TJ’s death, made anyone with a heart cry, was the surreal beating heart of the wonderfully bizarre and unique collision of talents that was Monty Python’s Flying Circus.

My earliest memories of Terry Jones were as a young just-teen (me, not him!), being allowed to stay up to watch the show by my dad, who had passed on to me his love of The Goons, so it was only natural that Python would fit. Jones, who sometimes seemed more at home in a floral pinny than a suit, was irredeemably silly, and the world was and is a better place for it. RIP, or… “Mother?”… “Brian!”

The other chief perpetrator of this nonsense was Emmett Elvin, and here is his tribute to the great man:

“For those of us who find enormous comfort in absurdity, Terry Jones was the great upholsterer of sumptuous lobsters, the weaver of archaeopteryx feather duvets and the Grand Stuffer of dirt pillows for the autonomous collective of the normality-oppressed. No one has ever contradicted quite as well as Norman St. John Polevaulter (“yes, they have!”), exploded with the visceral, carefree panache of Mr Creosote or read a greasy spoon’s menu with such deep and profound spammage. And all garnished lovingly with lark’s vomit. Tonight there is a new (Welsh) star in the cosmos – and its name is Kevin Phillips-Bong.” 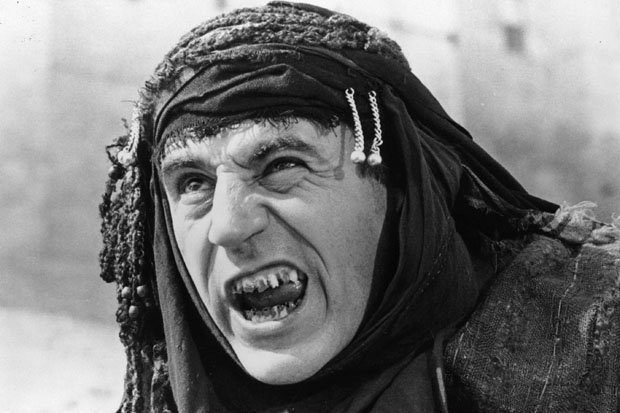