Ones That Nearly Got Away

This is the first of a few reviews of albums released in 2019 that I only came across in the last couple of weeks, but deserve some belated attention. Not only that, but they would have made my “Best of Year” lists if I had known about them at the time of release.

One of the good things about the vinyl revival is the current tendency for bands to make albums that are… err… album length, rather than 70-minutes-plus rambling affairs that lose focus after anywhere between 40 minutes and an hour. Another plus point is the return of the good old liner note, which due to space and font size restrictions can be no more than around 1,000 words. Without the luxury of the CD booklet, where the author can get lost in labyrinthine detail and backstory, on the back cover of an LP, he/she has to be more circumspect, and economical, and produce handy descriptions of the content in bite-size chunks. With Q, that scribbler is David Fricke, and the best phrase he uses to describe Krokofant’s vision, and one I couldn’t better, is that the band paint “a drawing of the past forward”, which is spot on.

Q is Krokofant’s fourth album, and here they expand from their previous guitar/sax/drums trio set up to a quintet, adding the ubiquitous Ståle Storløkken on keyboards (mostly Hammond organ), and Ingebrigt Håker Flaten on bass. The result is an expansion of possibilities that the new quintet take to with the majesty of a flock of Eider ducks swooping down across the endless grey tumultuous fjords of the band’s homeland.

A journey in four parts, Q is a musical triumph and a joy for the ears to behold. So much so that my originally completed review, written as a stream of consciousness while blasting those much abused aural receptors stuck on the side of my head at ill-advised volume, was lost when my laptop froze unexpectedly, and as this album is far too good for me throw my hands up in the air and shout “Fuck it!”, I’m doing it all over again because you, dear reader, need to know about this mighty fine racket.

Ståle’s mighty Hammond grinds away like Hugh Banton at his most distorted-manic in the early VdGG line-up at various stages on this record, but that’s enough lame “sounds like” comparisons for you, for as David Fricke said, Krokofant are always drawing the past into the future. You might well be justified in labelling this noise “regressive rock”, but Q is one of those rare examples that transcends the aural museum curating so many bands out there these days are guilty of, who mistakenly carry that descriptor as a badge of pride. Krokofant goes beyond that restrictive straightjacket, way beyond it, and simply becomes itself, as you can see by taking a peek at this concert below, filmed prior to the recording of the album.

If ever five players could be described as being in simpatico, this is it. The newly forged rhythm section of drummer Axel Skalstad and Ingebrigt thunder along with driven intent, with Ståle’s Hammond organ providing a fulcrum as well as a focus for some intense bursts of soloing, and the guitar of main composer Tom Hasslan and the sax of Jørgen Mathisen do things together that transport you to a place where what you get up to in the privacy of your own imagination is nobody’s business but yours! The regressive rock ticket is torn to shreds by the sheer joy of this musical intercourse, where a melodic framework is used as a basis for extrapolation, and in the manner of the finest jazz quintets, produces something truly organic, orgasmic, and mighty.

I suppose a track description or two are in order? Part 2 is tagged Afrosamba on the CD, which tells a small part of the story. Part 4, unsurprisingly tagged Finalen, marches in with a twinkle in its eye, and an arpeggiated guitar that takes on a Frippian skip, followed by a jumping bean sax line, and Ståle channelling every Hammond great from Larry Young to Vincent Crane. The tune rises then falls, then rises again, timing the peak of excitement to perfection, ending on a thundering rifftastic climax… Phew! I think I need a cigarette.

You need to buy this album. That is all. 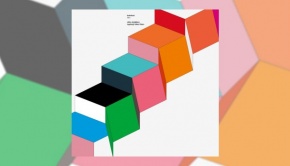