Ken Hensley, one of the original members of much-loved British rock group Uriah Heep, playing keyboards, guitar and occasional vocals from their formation in late 1969 through until the end of the recording of the Conquest album in 1980. During his years with Uriah Heep, Ken released two solo albums, Proud Words on a Dusty Shelf (1973) and Eager to Please (1975). A third, the aptly titled Free Spirit (1980) was released shortly after his departure from Uriah Heep. Following Cherry Red Records’ late November release of Ken Hensley: The Bronze Years, 1973-1981 3CD/1DVD boxset, in early December TPA’s John Wenlock-Smith called Ken to chat to him about his solo albums on the Bronze label. Inevitably, questions arose about his years with Uriah Heep, along with his future plans and projects.

Good Morning Ken, it’s very good of you to talk with me this morning. How are you?

Hello John, I’m good thanks. I’m spending a few days of my crazy schedule in England with my family. As I won’t be here at Christmas I’m spending time with my brother and my sister, having an early Christmas as it were…

Yes, then back off to Spain tomorrow, then off to Jakarta for a couple of concerts and then to Russia (Moscow) for Christmas for concerts. 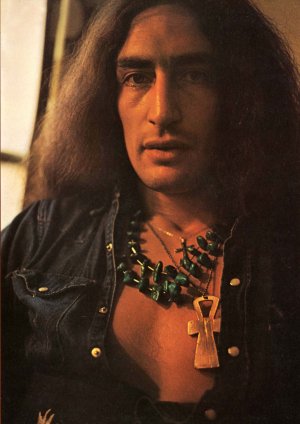 Christmas in Russia, that will be nice and cold won’t it?

Yes it will (laughs), but that’s OK because I’m doing a special Christmas concert, the Russians have a more catholic type of Christmas which is mainly focused on the first week of January, they don’t celebrate Christmas in the conventional way that we do. Eventually, I’ll be travelling to Kiev, rehearsing on Christmas day and the show will be on what we call Boxing Day. Be interesting, then I’m off to Indonesia, to Jakarta – I’ve not been there before, I love going to new places. All in all, it’s pretty happy here, busy but happy with life really.

You have this new box set out.

Yes, I just saw it for the first time a few days ago. Cherry Red have done a very nice and appropriate job of it really.

Yes I agree, the only thing is I wish that you had written some sleeve notes. I used to love those on the early Uriah Heep albums.

Yes, sleeve notes were always an integral part of the album package, until certain people in the band started thinking that I was getting too big for my own boots, so I stopped doing it after about the sixth album. But there will always be something that someone isn’t happy about, but I feel it is a fair package, I think the DVD is a nice touch too.

So is there some new music from Ken Hensley on the way?

Yes, I’ve just finished a new album that will be called A Little Closer, I think it will shock people, it’s an album I’ve been wanting to make for several years. BMG, my record company, have a box set planned for the 50th anniversary of Uriah Heep, but I wanted to give the fans something that they didn’t have already.

[Details of that box set were not disclosed, but the Uriah Heep back pages have been extensively trawled on many occasions, so what emerges will be interesting to see].

I suspect that my new album will be released sometime in the spring. This new album of mine I’m very pleased with. I’ve worked with Richard Evans (Peter Gabriel’s engineer and producer) and also with a Middle Eastern musician, whose name I can’t pronounce, who handled the arrangements and keyboards. It’s a really satisfying body of work that might upset the purists, but I wanted to do something different. It’s fairly under wraps because we don’t want to dilute the impact with leaking it. However, you’ll hear about it soon enough I hope. 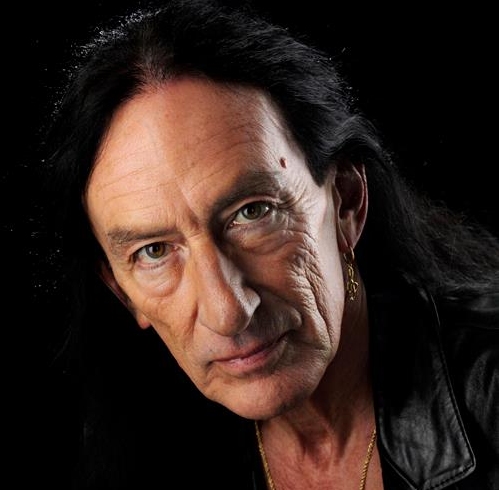 It’s a real privilege for me to speak to you Ken as I’ve been a Uriah Heep fan since the mid-1970s and I saw you at every Birmingham show since the Return to Fantasy tour in 1976, however you didn’t play Birmingham on the High and Mighty tour sadly.

By the time we got to High and Mighty John, we were a bit fragmented and we weren’t sure where we were going really. We made a lot of mistakes in the wake of Gary’s death [Gary Thain, Heep’s bassist who died in 1975] and David’s passing [singer David Byron also died in 1985]. We were really floundering and didn’t know what to do sadly, but mistakes are important as you can learn from them, not that we learnt from them.

Personally, I’d like to think that I’ve learnt from those mistakes now though.

I am, when I left the band in June 1980, I had a lot to change, with my drug problems, and a lot to recover from. When I decided to move back to Europe, I found that the music world had moved on and that there was no place for me, so I had to reinvent myself and pound the pavement, reconnecting with my demographic audience, which I’d like to think I’ve done. 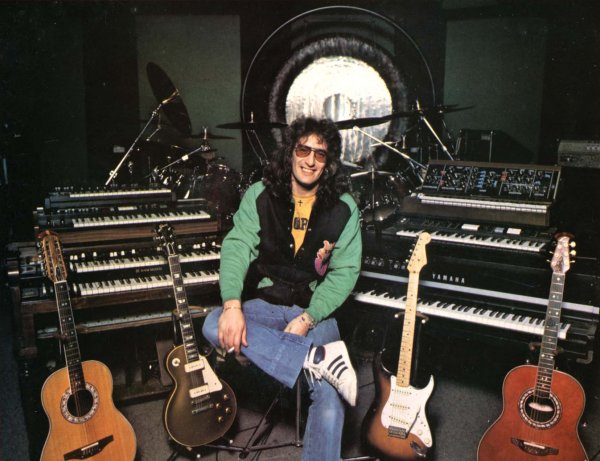 You’ve also been on a spiritual journey as well Ken?

Yes. I became a Christian in 1993. My life was a real mess at the time, I was in a difficult marriage and I started going to a church in St. Louis. I’m not a fan of organised religion, especially evangelical Christianity as it exists in America. I don’t care if people are Muslims, Hindus, Christians, or whatever, having that faith gives you roots, I think, and it’s very important. It offers you a platform to work from and move forward on. I go into every day with joy and anticipation. I’m not in charge and that’s probably a good thing to be honest.

So are you in contact with the other guys from Uriah Heep at all?

Well I talk with Lee [Kerslake – Heep drummer] who has some health issues at the moment. Mick [Box – Heep guitarist and main man] I have no contact with anymore, as he is doing his own thing with Heep nowadays, perpetuating the Uriah Heep legend and putting food on his table. So in essence, not a lot of contact really. I’m glad I don’t have to do that, as I’d hate to be so married to the past that I can’t move forward. So I don’t have much contact really anymore, or need to really. There has been no real discussion about the 50th Anniversary celebrations, apart from the BMG box set coming out [in February 2020] and the great work that Cherry Red are doing – like this set of my solo albums.

For me next year is looking busy already, having just written my first musical and a rock opera spin-off, it’s looking pretty tied up, and I don’t want to take too much else on really. 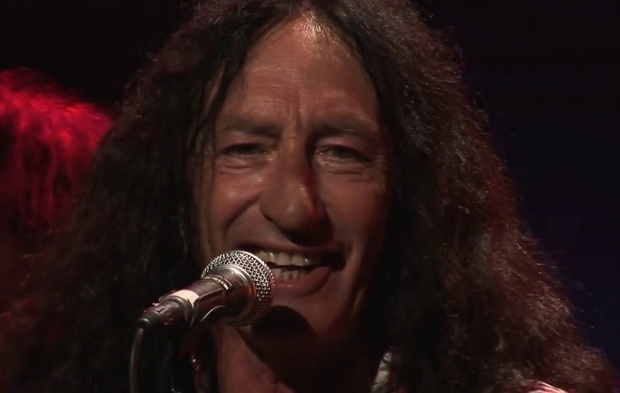 I’m really hoping so because I want to tour the new album with the musician configuration I used for the recording. It won’t be easy, but it is do-able. I’d love to do some shows here and expose the record and this new direction in a live setting. We are in discussions with people about taking that performance forward and we’re in serious discussions with people who know about that sort of thing. The Rock opera spin-off we could tour just about anywhere, especially in the U.K.

The basis of the story is something that we all share. It’s called Born to Rock and it’s for anyone who loves rock music, in any genre or guise, whether it’s as a fan, or as a performer, or whatever it’s something we can all share together.

I’ve been trawling through the Uriah Heep back catalogue and an album I especially enjoyed, Innocent Victim, and especially the track Illusion as it harks back to your earlier mid-1970s era for me.

It is interesting, but it didn’t get the exposure as a song that I felt it should have done, mainly as it didn’t fit into the formula that we were working towards at the time. It wasn’t a short, up-tempo rock song, it was more experimental and exploratory, but there is a version of this song on my new album, so we’ll see if that changes.

I also really enjoyed the track Weep in Silence from High and Mighty, with John Wetton.

That has such a great story to it too. John had joined the band and he was a great singer and also a great bass player. I wrote the song and John was not only a great singer, but he was also a great arranger and helped me significantly on that track in particular. At that time the band was so fragmented, so John was pretty much the only one who was with me, and not in the pub, during the making of that album. That song I find extremely satisfying for a lot of reasons. I had to learn pedal steel guitar for that album, but I’ve never been able to do it live, perhaps I need to revisit that afresh. 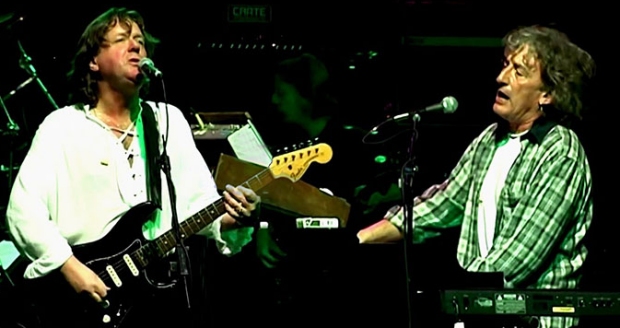 John Lawton, you did an album with John a few years ago too?

Yes I did, but it was a difficult record because I’d been out of the business for quite a while and I wasn’t quite ready. The shows we did were somewhat disappointing, perhaps if it had been a year later the results might have been much better.

John came in as replacement for David Byron. David was one the people I respected most in the band, as he was the one whose voice brought my songs to life. John was a different type of singer and I didn’t find it easy to write for him, he has more of a blues rock voice and I found that difficult, but that’s the way it goes I guess.

Ken I’d better let you go as my time is up, but it’s been a real pleasure to speak with you about all this.

John… It’s been a pleasure for me to talk with you about this too. I hope that when these plans are a bit more finalised in the New Year and that we can talk again and look into, not just the past, but to the present and into the future too.

Thanks Ken, I hope the shows in Russia and Indonesia go well for you. Have a good Christmas, and a Happy New Year too.

The same to you too John, thank you.