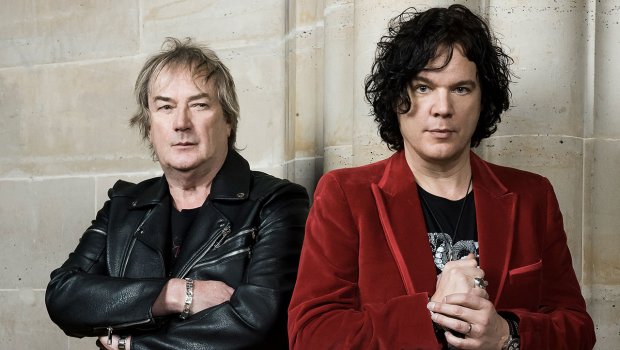 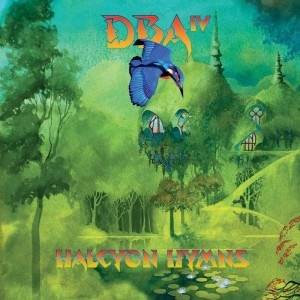 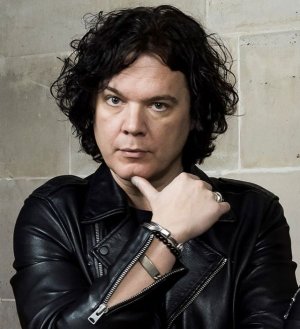 Chris, you’ve just moved back to the UK from LA. How long have you been back?

About two months. I was over there for ten years. In fact, DBA was born out of that move, in a way. I was involved in the Buggles reunion gig in 2010 and I got chatting to Geoff about the possibility of doing something together. When I told him I was moving to LA, he said he would be over there working on the new Yes album (Fly From Here). We just hit it off and it went from there, really.

You’re obviously passionate about music and clearly have very diverse musical tastes and interests. How did you get into prog?

Well, my love of prog was part of my love of other things. You can find the sensibilities of prog in lots of music. I was listening to stuff like The Buggles, Thomas Dolby and XTC. I’m a great fan of Kate Bush, too. It’s funny, I don’t know why the term ‘prog’ ended up being a bad label. You find that it’s there in a lot of music.

I read that Halcyon Hymns was prompted by the onset of lockdown and a discussion with Marc Almond who suggested that you might work on a new DBA album.

I was looking at the next project to work on and I had a collection of musical ideas from Geoff. Once I sat down with them, the songs just seemed to come out. I found writing the material just felt very natural. The whole thing came together quite quickly – inspiration can strike when least expected.

Were all the songs put together in this way, working on Geoff’s ideas and turning them into complete songs?

Yes, we didn’t write any independently. I’d say it was 50/50 me and Geoff. Take Your Heart Will Find the Way, for example, it was the first track written. Geoff had the verse, and I added the chorus and the melody. I think that one has the most ‘DBA’ feel to it.

Do you have a favourite moment on the album?

There are several favourite moments. I really like Love Among the Ruins. I don’t think there’s necessarily an overriding concept on the album, but I do feel like that track encapsulates the overall mood. I suppose the simplicity of life is reflected in the album. Also, Remembrance. I love all the narration from Barney [Ashton Bullock] and the way the piece gradually develops. It’s not a concept album, as such, but I think it needs to be heard right through. I mentioned Kate Bush earlier, well, I think she’s an ‘album’ artist. I do think Halcyon Hymns is a holistic listen. People should hear it from start to finish. Albums should be listened to as a whole and I think Halcyon Hymns takes you on a journey.

How do you view Halcyon Hymns in relation to the other DBA releases?

I really like the first two albums, but I think this and Skyscraper Souls are ‘full’ albums, rather than having the emphasis on programming. I think there’s a tonal contrast between these two albums as well – Skyscraper Souls is the deep blue of midnight and Halcyon Hymns is the orange of late afternoon. With the Roger Dean covers too – it gives it an identity. I enjoy what we’ve done with Halcyon Hymns; it’s the most fun I’ve had on a DBA album.

What future plans are coming up for you?

I’ve been working on Sia’s Music soundtrack and I have an album of piano pieces, to be entitled Piano Works, coming out.

Would you like to play DBA songs live again, once it’s possible?

Yes, I would. It would be great to play some of these songs live. 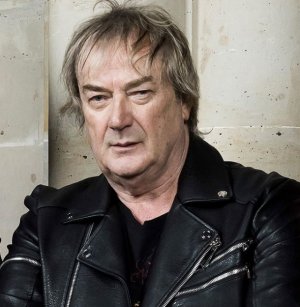 Chris mentioned that Halcyon Hymns and Skyscraper Souls feel more like band releases. What do you think?

Definitely. We’ve had Andy [Hodge – bass], Dave [Bainbridge – guitar], David [Longdon – vocals] and Marc [Almond – vocals] involved and Barney [Ashton Bullock] doing the narration. They are increasingly a band-type project. We’ve taken it on the road (at Trading Boundaries) and DBA now feels like it has its own identity.

What are your feelings about Halcyon Hymns?

I think it’s an album that is best listened to as whole, rather than a collection of songs, but I don’t see it as a concept album.

As I say, I think it works as a whole. The last track, Remembrance, is a stand-out and has the feel of a prog epic at twelve-minutes. Having Marc [Almond] work on Warm Summer Sun was great. The song really struck a chord with him and I love the interplay between his voice and Chris’s.

How is it working and writing with Chris?

Well, I’d sent a collection of random ideas to Chris which he then started to work on. It’s wonderful to hear the way he develops these pieces into the songs. Chris really loves the harmonic structures of the stuff that I write and seeing it all come together is a really enjoyable experience.

He says he doesn’t like to pigeon-hole music into genres. How do you feel about that, given that you started out in The Buggles before joining Yes?

I’ve got a wide range of interests, too. Some of what I did, particularly with John Wetton, was informed by a love of choral church music. Those big, anthemic and distinctively Asia chord structures. There’s also quite a lot of prog in the works of bands like ELO. I like strong melodies and harmonies in songs and it can be difficult to isolate the influences.

When DBA started out, Chris was off to LA and you were able to work with him during recording Fly From Here. Now that Chris has returned, does this open up possibilities?

Yes, hopefully we can do more of this. Once all of this [the pandemic] is over, it would be nice to be able to sit down and work together face-to-face.

Chris remarked that, if Skyscraper Souls is midnight, then Halcyon Hymns is late afternoon.

Yes, that’s a good way of thinking of it. There’s a lot of nostalgia and pathos in the album’s ideas, but something positive too in looking at better times. There’s a celebration of nature to it as well – a bucolic feel to the album.

What plans are there, if any, for Yes and Asia?

There’s been some exchange of ideas for the next Yes album, but the five of us are all in various parts of the world right now. We obviously don’t know how things are going to develop in terms of touring either. Asia hasn’t disappeared. We did a set alongside Yes and ELP Legacy with Carl [Palmer], Steve [Howe] and Billy [Sherwood]. Ron Thal joined us. It would be good to make sure these songs continue to get played. I’ve also been talking to Trevor [Horn], and there may even be some Buggles stuff at some stage. 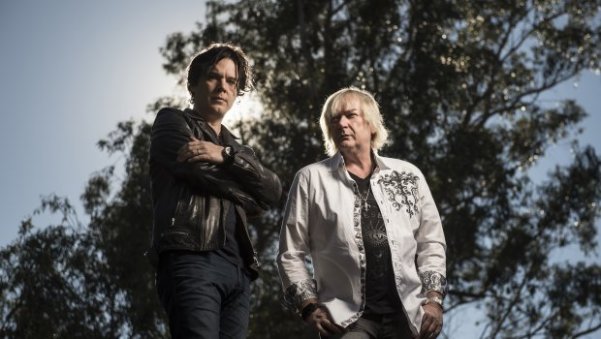 [You can read Magnus’ review of the new DBA album Halcyon Hymns HERE.]