Getting to choose only ten albums in a ten-year span is, of course, impossible. Convincing yourself that the ten albums you HAVE chosen are indeed the best ten albums you have heard in the ten years from 2010 to 2019 is, again, impossible. So basically here is a list of the impossible. But they are all impossibly good. I thank you… 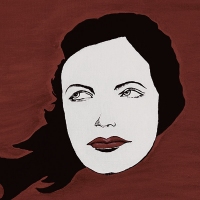 Moon Safari’s third album was released in 2010. This harmonious and talented group of Swedish troubadours hail from the frozen Skellefteå, which makes their warm harmonies and beautifully constructed, almost country, songs even more remarkable. Stand out tracks are A Kid called Panic and the stupendous Heartland. The use of voice, pure piano, synths, quirky rhythms, impressive guitar but mostly the sweet vocal euphony, that are deceptively fluffy in this relationship break-up album, all combine to make a timeless classic.

There are three more albums to explore and enrich your life, including Himlabacken, Vol.1, and don’t miss out on the EP Lover’s End, Pt.III: Skellefteå Sereneade which is Progressive Rock magnificence and has yet to be bettered. 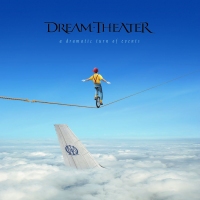 The title of this album couldn’t have been more apt for this, Dream Theater’s eleventh studio album. Founding member Mike Portney had left and after an extensive YouTube audition documentary, Mike Mangini was the lucky winner for the coveted drum stool. Expectations were high, and they were fulfilled with aplomb. The band was reformed and had a lot to prove to the naysayers.

On the Backs of Angels was Grammy nominated and showed that this band were back in business. Lost But Not Forgotten and especially Bridges in the Sky showed that this was a Prog-Metal band and not the other way round. The ballad rears its head three times, which not only gives the album substance but soul, a component often alleged as missing for Dream Theater. 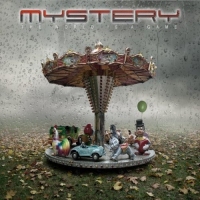 Canadian Michel St-Père and the then-unknown Benoît David, who was later to be a Jon Anderson replacement in Yes, recruited Spock’s Beard’s Nick D’Virgilio on drums for this, their fifth album, and the result was a huge bombastic noise of epic proportions. There’s reverb and effects on everything and it sounds like it was recorded in the Halls of Asgard. The singer has never sounded better, with a heartfelt and powerful presentation highlighted in Pride, a mountainous range of Everestine proportions.

The track The World is a Game punches through the atmosphere and looks down at the board game that is our planet, and then lurches back down to give hope to all. Even the slower tracks like Dear Someone furrow through the tundra to reach the Sabbathesque and drum-heavy ending to the album: Another Day, which is what we all want really. 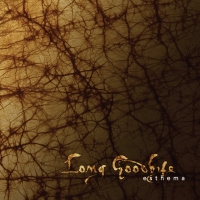 Esthema are a bunch of American working musicians who have come together to play in this mainly acoustic fusion ensemble. They cleverly combine traditional stringed instruments with a rock drum kit and it’s an intriguing mix of the Bedouinesque with enough time signature changes to satisfy their prog credentials. The complex and emotional playing fills the mind with pictures and smells of dusty heat or cold landscapes, but there is also an extra side which comes in the form of the sleevenotes. Like reading the libretto to a foreign language opera or a wordless ballet, if you listen to the music and read exactly where it is coming from, the rewards add another dimension.

Album closer and possible centrepiece, Long Goodbye (the track) is a very dark affair with its apocalyptic prophecy of impending doom. The piece is written about the point of knowing of a death to the time it actually happens and was based on a conversation with a doctor, but could easily apply from any point A to the ultimate B. Heavy stuff, but once you realise this premise even as the last cello note ebbs into the ether, the listener is left fulfilled and at rest. A rich and satisfying album. 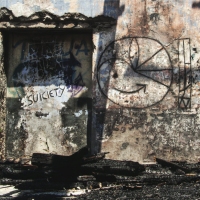 A concept album in the style of a soundtrack without pictures is one way of describing Suiciety by Methexis, the second project by Greek multi-instrumentalist Nikitas Kissonas. This really is an interesting theatrical experience gilded with the fine singing of The Enid’s Joe Payne. His Dickensian Fagin-enunciated narrative is captivating as the open-mouthed audience huddle together in the cold, misty, dank amphitheatre of the setting.

Rock, prog, jazz, funk, and classical flourishes battle with real brass and strings with a modern-day Eno, in Nikos Zades, credited with “sound design” and throwing fairy dust on an already blessed pallet. It all ends badly for this slice of morose art, but is nevertheless uplifting in its presentation with penultimate track The Relic being a tsunami of massive orchestral strings and full band. It’s enough to make your hair stand up. 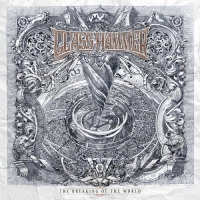 The first album since the departure of Jon Davison, Glass Hammer returned to their signature sound with this 10 out of 10 album. Purveyors of fine prog Fred Schendel and Steve Babb have been putting Chattanooga on the map since 1992 and never seem to disappoint. This band have often turned to J.R.R. Tolkien and C.S. Lewis for inspiration (the most blatant being Journey of the Dunadan and Perelandra) and opening track Mythopoeia is a standout.

A reworking of Tolkien’s poem explaining (and defending) creative myth-making, straight off the starting grid the music is instantly recognisable. Having said that, longest and fun track Third Floor is about the band having a crush on the voice of an elevator. That certainly takes them out of out of Middle Earth and “lifts” them up to the next level of originality.

Read TPA’s review of The Breaking of the World 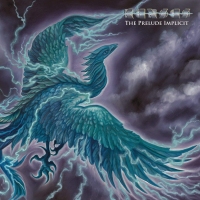 Kansas is like Star Trek: The Next Generation, the crew might have changed but all the original philosophy and wonderment still exists to lead us into a hopefully optimistic new world. Topeka’s finest, Live Long and Prosper. 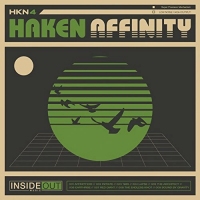 Diego Tejeida’s keyboard playing cements the album in the era of its influence with the “Autobot Decepticon battle” solo around the six-minute mark a joy to behold. Raymond Hearne’s drumming and splash cymbal bashing are world-class; this track is a highlight of an album that only has highlights. 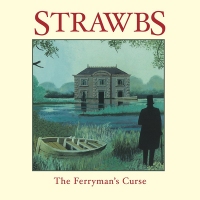 Most recent album by this British institution has Dave Cousin’s band of merry minstrels returning to the symphonic past for the sound and inspiration. Dave Lambert’s overtly rock guitar is joined by superb multi-instrumentalist Dave Bainbridge to re-live those fine lush keyboard sounds of yore but tinged with the untimely loss of metal guru producer Chris Tsangarides, who made this his swan-song. The CD starts with an optimistic orchestral piece that morphs into The Nails from the Hands of Christ, this is Dave Cousins at his cynical and wry best, tackling that most controversial of subjects – religion.

There’s a seasonal flavour to the widescreen opening of When the Spirit Moves, 12-string guitars weave in and out of orchestral keyboards. An almost pagan chant of hope codas this piece with brass band uplifts, a peel of tubular bells, and last posting trumpet. Lovely. An essential, surprising, and timely release. 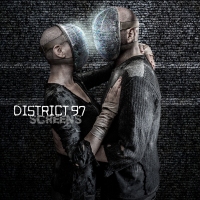 All of this Chicago based band’s albums could have been part of this compilation, but Screens is their latest. Funded by Kick Starter and still featuring the amazing guitar talent of Jim Tashjian and master drummer, de facto leader, and songwriter, Jonathan Schang, but now with the added goodness of new keyboard player Andrew Lawrence and Hagrid look alike Tim Seisser playing a bass that only he could lift up.

All tracks are stand out but as if a homage to the first album, Ghost Girl harks back to the storytelling aspect of Hybrid Child, but this time alien abduction is replaced by parapsychology. Shades of everything from the past (like ghosts) can be picked out on the midnight recording from the walls of the old mansion. Shades of Black Sabbath’s first album jump at you as Ozzy is wearing a white sheet over his head and tripping over the complex drumming. Elements of jazz-rock show off in the musicianship, but the paranormal investigator is captivated by the singer’s narrative, always behaving like a group member and not as a diva with backing. Join the best kept secret society and make sure you own all of their output, this latest instalment simply adds to the marvel.