Enigma variations for the new age

Is it electronica or dance? Is it pop or prog? Love You To Bits, no-man’s first release for eleven years, seems to encompass all of these, an intriguing mix of styles from the duo comprising Steven Wilson, whose prog star is very much in the ascendancy, and the ever-cool vocalist Tim Bowness.

A complete departure from their previous output, most notably Schoolyard Ghosts and the beautiful Flowermouth, this 36-minute piece of two parts in ten segments is a real earworm. The pulsating beat and infectious melodies have been going round and round in my head as I tried to make sense of it all, a sort of Enigma Variations for the new age. 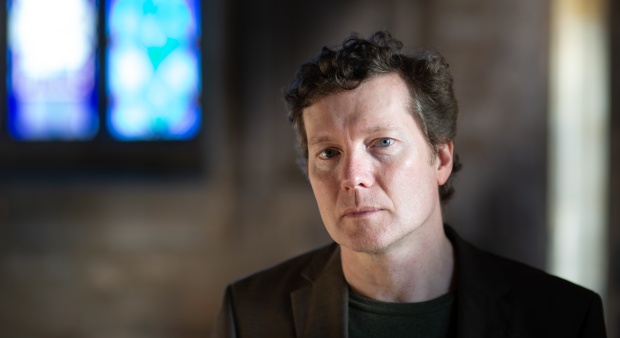 Who better to shed some light on Love You To Bits than vocalist and lyricist Tim Bowness? Or is he?

“Even I don’t know what it means in some ways,” he laughed. “I describe it as an electro-pop song with ideas above its station! It’s got repeated lyrical musical motifs and in some ways it’s the least prog thing we’ve done, in terms of musical influences, but it’s the most prog thing we’ve done in terms of capturing the spirit of what that music did.

“It’s a strange album in that the original idea was conceived 25 years ago in 1994. We had just completed an album called Flowermouth and we started work on a couple of pieces, one was called Lightouse, which ended up on the Returning Jesus album some years later, and one was called Love You To Bits. Flowermouth was being released, to possibly our best reviews and sales, but our label, One Little Indian, weren’t particularly happy and I think they wanted us to be heading for the big-time with a lot of the other artists, such as The Shamen, Skunk Anansie, Björk.

“When they first listened to Flowermouth it started off with a 10-and-a-half minute track with no rhythm. It was a bit like when record companies listen to Godley and Creme’s Consequences or Lou Reed’s Metal Machine…

“As the track was being played we could see, it was like pound-signs falling out of their eyes… So the budget was dropped, and we ended up, within a year or two, being dropped by our American label, our British label, our manager, our publishing company and so on, and we started again.

So Lighthouse and Love You To Bits were left in the background for a period and we kept coming back to it. Over the last 25 years there have been various versions of it, 4-minutes long, 12-minutes long, versions with Theo Travis on multiple saxophones – very, very different approaches to it.

“Its origins are 25 years old but a lot of the writing and a vast majority of the recording was all done recently. Even though there has been a lot of thought that has gone into this over quite a long time, it seems right and it also seems quite fresh. Many of the ideas and much of the writing were done over the last year and we were working on this until July of this year.

“What was great, musically, was it was a return to the way Steven and I used to work. When we started off, I’m from the North West and Steven’s from the South East, and I would travel to his studio once a month. We’d use that time really well and have two days a month to work together. We’d write anything from three to eight pieces in that time, because we knew the time was precious, and it was always the two of us, in the studio, trading ideas, enthusiastically. 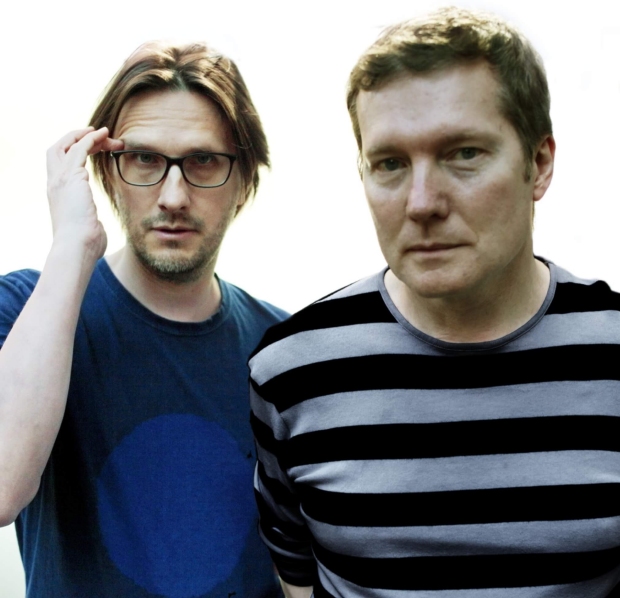 “That was where we wrote a lot of new music up to Wild Opera. I’d also write songs at home and Steven would write complete backing tracks that he’d give to me but, generally speaking, we spent a lot of time in the studio together.

“After Wild Opera Porcupine Tree took off and we both moved to different areas of the country and so the last few no-man albums, everything from Returning Jesus, have been written in the way a lot of albums are these days, sending files over the Internet and so by the time we got to Schoolyard Ghosts almost all of those songs are ones I’d written beforehand and then Steven and I worked on.

“We’ve never wanted to make Flowermouth 2 or Schoolyard Ghosts 2, we’ve always wanted the band to progress, however small that may be, but to always feel we are in a new place. We always felt this was a great idea and something we wanted to do but our other albums, Together With Strangers, Schoolyard Ghosts, Returning Jesus, were much more organic and this just didn’t fit.”

The two connected titles, Love You To Bits and Love You To Pieces, chronicle the aftermath of a relationship from different perspectives. Despite the repeated themes, the album takes you on a journey to different places along a path into new territory.

“Pink Floyd and Yes didn’t know what they were doing when they were combining rock with pop music with classical music,” Tim suggests. “They were making it up as they went along and defined prog rather than made prog. What we’re doing with this album is hopefully defining something rather than just making something in an existing tired genre-form.”

Could it be the no-man have created the 20-minute single?

“Absolutely, yes!” Tim laughed again. “I think we’d always seen it as being either the basis of an album-length investigation or a side-long track. It was when Steven and I were working on my last solo album, Flowers At The Scene, and we found that his music and my music naturally gravitated towards something that was more electronic, more dynamic again and so we finally decided that we were going to make Love You To Bits into the album we always wanted it to be. 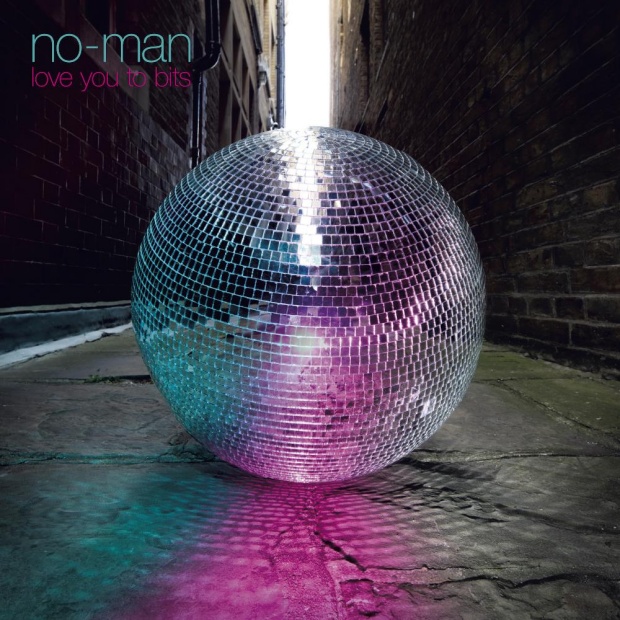 “I have a lyric folder for Love You To Bits that I’ve had for 25 years and I’ve been continually writing, re-writing, adding to it, other songs of mine have developed as a result of this Love You To Bits folder, it’s taken that long!

“With this album we decided that we’d just get together and we’d finish it, so we spent three days solidly in the studio, from 10am till 10pm, just throwing ideas at one another so it had a real spontaneity, enthusiasm and energy. It was incredibly enjoyable because our music is, generally, quite melancholy but in our working relationship, Steven and I have always been quite brutal with one another, and quite humorous. The sessions are usually incredible fun as well as creative.

“So with this album we just finally found time where we could just be together and we mapped out the idea for the song. From that point I re-recorded a lot of the vocals in my home studio and then we got other musicians involved, the Dave Desmond Brass Quintet, David Kollar on guitar, and we were exchanging ideas by email. It was written in a way that a lot of very early no-man had been written, laughing and joking in the studio, throwing ideas.”

Produced by no-man, Love You To Bits includes contributions from Adam Holzman, David Kollar, Ash Soan and the Dave Desmond Brass Quintet. Love You To Bits is released on 12” vinyl, CD, Digital Download and streaming services via Caroline International on 22nd November 2019.