The penultimate night of the tour, and an audience of around about 80. You might expect any band to be a little weary, but no, from the off we get 100%, with an instrumental introduction that highlights Hayley’s pathway to date, including Lord of The Dance. Yes, the Celtic, green dress, bouncy up and down thing. Her operatically trained voice operates across its full range giving depth and nuance to songs old and new. 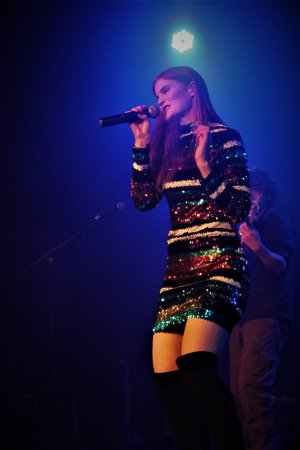 Fortified with a burger and chips, with fresh salad, I find my perch for most of the evening. I would love it to be a capacity house, the lady deserves no less, but it does afford me a front row position; camera, sketchbook and no fighting with hirsute six-footers (the men can be as bad too). The band have played their intro and enter stage right our protagonist, in a shimmering dress, striped in multi-colour sequins and high boots. Hey, if you’ve got it, flaunt it.

I’ve seen Hayley now in several incarnations, Karnataka (two or three times), Zio, and in duet with Oliver Rὒsing of Karibow just over a month ago; with every performance she has grown, a confidence, and warmth with her audience, such that even in critique mode I am sold into slavery and mild adoration after one song. Okay, I love live music and very few can do wrong, well except for the C&W singer who strangled several songs one New Year’s Eve, making Phoebe’s Smelly Cat sound class… but I digress. Hayley Griffiths is superb, the lights and sound at The Wharf just right.

The set runs through a mixture of old and new material with dips into the Celtic influenced material that were Hayley’s bread and butter when starting out. Haunted and Aurora are great live, and Last Goodbye brings an unexpected lump to the throat. Whether rock or ballad, the voice gives us its best, making me feel a little strung out. It is a rare feat for a vocalist to deliver such a strong emotive performance (nah, I’m just a soppy git!). 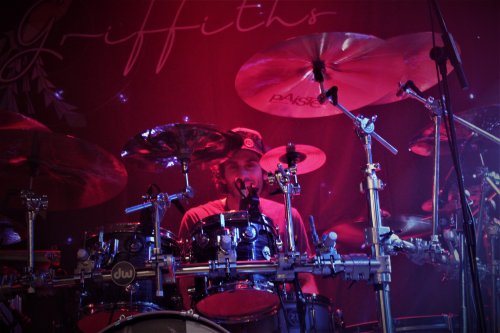 The lighting reflects off the dress in mesmerising fashion; the lighting at Tavy is great, not backlit, no preponderance of reds and greens, and at times white, a photographer’s delight, allowing for the capture of many good images. The band are a well-oiled unit as well, probably surprising as Matthieu Spaeter only stepped up 48 hours before the tour started as the replacement guitarist, some amazing solos. Jordon Brown produces solid bass throughout, mixing his genres and laying down some funky bottom end. It seems in Hayley’s search for musical perfection no chord, note, or musical style remains unturned. 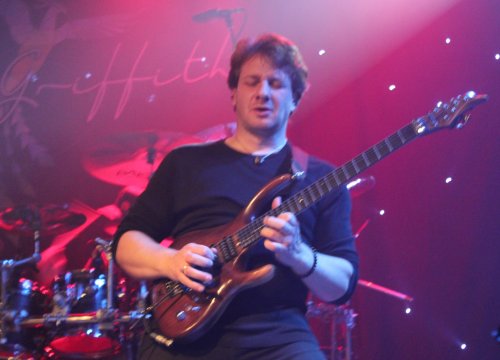 After the interval, a costume change, shiny dress number two and Hayley returns to the stage. Anecdotally she relays to us her musical story, it is rich and informative, from Celtic folk, to Lord of The Dance, Karnataka and finally here. One Celtic ballad moves me such that the swirling dust of the auditorium again enters my eye, not a tissue to hand, the hand wipes away yet another tear, not so much of sadness, even though the love song speaks of such, it is more the raw emotion and beauty in the performance. Even though it’s a cover, one I would love to hear on the album when it appears, a bonus track I think when released, there will be plenty of original songs to drink in.

Sadly, the evening is over all too soon, pleasantries exchanged, I slip out into the night. Just a couple more gigs on the books, The Netherlands and Germany. See her if you can, she’s only going to get better. 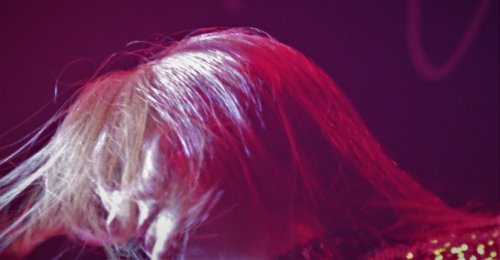