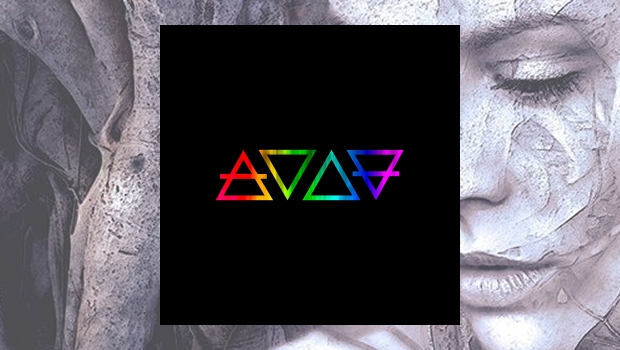 I have often felt the Welsh poet William Davies, writing in 1911, perfectly foreshadows the sentiment which underpins one of the key crises of modern life. “What is this life if, full of care / We have no time to stand and stare.” With the ferocious pace of the 21st Century and amongst the melee of competing calls upon our time, the mysteries of life fade into the mundane, the majesty of nature evaporates into the everyday and the magic of the world in which we live retreats behind the ordinary and commonplace.

Nothing is remarkable. The things which once made us stand in wide-eyed awe and wonder go unnoticed, forgotten. But every now and then a rare and exceptional opportunity emerges to rediscover the beauty which lies all around us, a privilege offered to appreciate the world anew through the eyes, the ears and the music of another. No Ordinary World, the debut studio album from Chasing the Monsoon, is precisely that happy opportunity.

Based on a book by British writer Alexander Frater which chronicles his experiences in 1987 of chasing the monsoon season across India, the opening few notes make an immediate and striking impression. The sheer spaciousness of the soundstage is stunning, the expanse and the clarity of depth in the recording effortlessly transporting you to hot, humid Indian plains and villages. The precise yet fluid positioning of the instruments throughout the mix reflects a meticulous attention to atmospheres and moods, the ways in which they can be created and conveyed, dramatically elevating the listening experience to new levels.

As the music begins to play and vie for your attention it is entirely possible you may still be entranced by the accompanying booklet. Ian Jones’ engrossing artwork provides a sumptuous visual feast for the eyes, each canvas betraying no less attention to detail than the music itself. Make no mistake, No Ordinary World is a hugely imaginative labour of love, thoughtfully fashioned and carefully crafted to provide a holistic experience. Even though ten tracks are listed, the album also comes as a single continuous track which Jones confirms as being the preferred way of listening to the music.

But when the music does begin, you cannot help but put everything down as you are lured and enticed into the world which has already been created by these initial impressions. You find yourself comfortably, happily, enchanted. Tribal rhythms and traditional instruments are suffused with 21st Century sounds, conjuring a seamless blend of images of the ancient land supporting modern life, with both seeping into and colouring each other.

The infectious vitality of the interweaving beats enables smooth organic transitions as the spirit and momentum of the music chases the storm and its after-effects across the land. Each track is, in effect, an episode on the journey we are taking, a point where the music forces us to stop and stare. Nothing is rushed; “look at this”, it says, “do you see?” The music takes time, it unfolds naturally, paying close attention to every detail, every aspect as we go.

Davies has been here as well: “No time to turn at Beauty’s glance / And watch her feet / How they can dance.” Nature’s dancing feet are beautifully mirrored in the lyrical sway of the feet of a girl dancing in the afterglow of the rains, drops of rain dancing in shallow puddles. “She tries so hard / To let us know / Dancing in the Afterglow” (track 3). It is precisely being forced to stop and stare which keeps us on our toes. Listen for the unexpected extras in each episode; hints of an instrument, echoes of a sound, whisperings of the vaguely familiar and the achingly old which adorn and give body to the journey we are on.

Lisa Fury’s vocals are exceptional. Each episode demands different emotions, moods and tones; delicacy and subtlety transit to strength and power, nuance and refinement transit to heartbreak to joy and celebration. It’s a magnificent performance. Her voice carries all the excitement, all the anxiousness and all the exaltation of the journey. The hauntingly mystical Circles of Stone is incomparable; control, elegance, promise, passion – she captures it all.

Yet without the playful, complex and superbly timed interactions of the other musicians, the stunning overall effect could not be achieved. Each instrument knows the role it has to play; each musician is acutely attuned to the contribution they need to make and the ways in which their playing combines with each other. The guitar solos are a study of elegance. Just as you expect it to take off and fly, it melts away into the mix; just when the rush of exuberance is called for, it takes flight – but even then, briefly. They all have their part to play and they play it to perfection.

By the time we reach the final (title) episode No Ordinary World you are bursting to clap and sing along with almost lung-busting gratitude and a big smile on your face. Davies is right: “A poor life this if, full of care / We have no time to stand and stare.” Chasing the Monsoon are also right: this is no ordinary world. The extraordinary power of the debut album they are presenting should challenge us all to appreciate what is all around us, yet so often taken for granted.