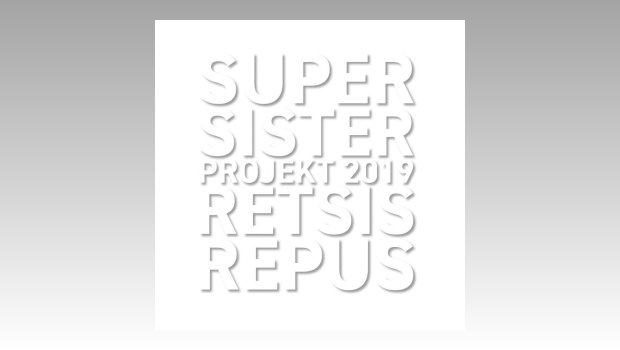 It’s about 150 miles from The Hague to Canterbury as the crow flies – although I recommend a plane, you’re less likely to slide off – but that didn’t stop Dutch band Supersister being compared to the likes of Caravan, Soft Machine and Hatfield and the North. It’s the mixture of melody and discord that’s to blame, along with humorous lyrics, plaintive vocals, tricky-dicky time signatures and that Mike Ratledge-style fuzz organ.

They released half a dozen albums in the early 1970s, followed by a couple of reunion attempts that foundered after the deaths of two of the original members, flautist Sacha van Geest and bassist Ron van Eck. You would have thought that was it, kaput – ‘afgewerkt’, as they say in Dutch – but here comes the first original studio album with Supersister in the name since 1974’s Spiral Staircase. It’s masterminded by founding keyboard player Robert Jan Stips, and I have to say it is rather smashing.

There has been no attempt to dumb down the music to court, pah, commercial success – it remains as wilfully perverse and unpredictable as always. The Canterbury element is still there and, if anything, it’s stronger than ever but augmented with sprightly jazz piano, tasteful bits of brass and a loud, fat bass sound.

Why perverse? Well, check out opener Memories Are New IV. There’s a steady, almost Latin, rhythm played on what sound like muted shoe boxes, while a slow vocal line is mirrored by bass and xylophone. But at times they are ever so slightly out of sync with each other, creating an unsettling, out-of-kilter feeling. I don’t think this is because the musicians are incapable of counting the bars – it’s a deliberate device to play about with the listener’s expectations. Then the track suddenly explodes into what could be Soft Machine circa Third, with a frantic fuzz organ solo.

The jazz inflections are made more obvious on I Am You Are Me – Transmitter in which a busy piano, bass and drums trio moves back and forth between E minor and F – a popular Caravan chord sequence – in a hurried 7/8 time. There’s also some catchy melodies, unassuming vocals and wah-wah organ solos over shifting time signatures.

For You And Nobody Else takes a similar tack, with added brass flourishes, while Max Eco is a powerful, rhythmic assault in what sounds like 11/8, although by this stage I had run out of fingers to count on.

There are also some Zappa influences in here too – Next Door Movie is a shifting, unpredictable keyboard strings and brass instrumental with sudden, atonal xylophone flourishes, as if Ruth Underwood had popped into the studio with some unused bars from Regyptian Strut. It leads straight into Cuckoo, a 1960s-style catchy number that’s been put through the Zappa mincer and comes out sounding, well, very weird as a professorial voice points out that “craziness is a matter of statistics”.

Hope To See You There Again is a slow, mournful instrumental with a plodding rhythm and washes of keyboard strings, while Yellow Days suggests 1970s cop show funk, suddenly turning into a mellow vocal number that screams – or, rather, gently intones – Pye Hastings over delicious major-seventh chords.

Through all this, Stips is assisted by a long list of musician pals, including members of The Nits, his current band. Interestingly, there is no guitar – everything is led by the keyboards, with violins and trombones enriching the audio palate.

The sharp-eyed ones amongst you may have noticed that Retsis Repus is ‘Super Sister’ backwards. But this is Supersister going forwards while keeping the best of the past. It’s fun, surprising, unpredictable, totally self-indulgent and packed full of great melodies and superb playing. I recommend it without reservation. 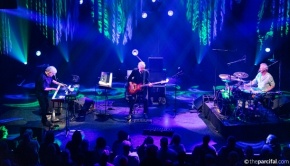