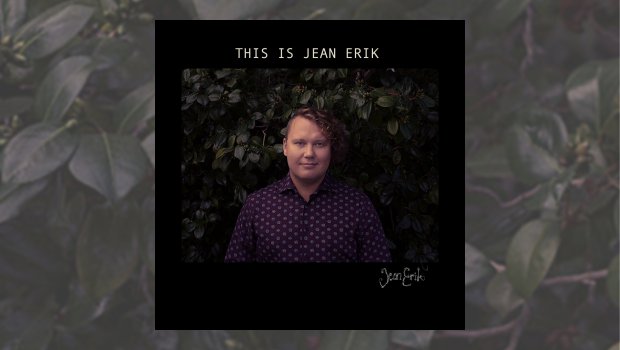 Jean Erik – This Is Jean Erik

Finland is mad for heavy metal, has sports that include wife carrying (the winner gets his spouse’s weight in beer) and mobile phone throwing, and has been voted the happiest country in the world. It is also home to The Sibelius Academy, in the capital Helsinki, which takes its music quite seriously, producing world-class players. Within those hallowed walls is the jazz department (nice) where one of the alumni is Janne “Jean Erik” Tuovinen, who is considered to be one of this Scandinavian country’s top double bass players, and it is he who has released his (and his band’s) debut album.

Piano, sax, and drums are augmented by occasional low-level synths to provide an interesting slant on the traditional four-piece and makes for a very pleasing listen.

The title track has reverberant toms, a breathy sax, and ‘ker-dung’ bass notes aplenty, and feels a little Weather Reporty, along with a fireside cosyness that gets you reaching for the brandy bottle. Subtle mono synth kilter it away from the trad with keen listeners spotting, what has to be a deliberate homage, hints of Camel’s The Sleeper as the descending notes coda towards the end.

Miss is the track that has been chosen to have a video and it is a very psychedelic one with a very seksikäs nainen (that’s Finnish for ‘sexy woman’) flailing around in some contemporary dance type epileptic fit thing. Piano and synth dominate, which certainly progs up the vibe somewhat into a soundscape of Sibelius sceneage that is a very modern take on this genre.

The menacing parpy growl of J’s Tournament is almost Scooby Doo tip-toeing through a haunted house (Yikes!) before bowed strings and a particularly fine performance from the drummer give this track what might be called heavy metal, if it was all plugged in. A weighty footed kick drum gilds this metallic lily as well.

Here is Home is back in the club, nursing a large whisky and mulling over lost loves. A hint of scat singing cools the coolness despite the stuffy surroundings of the velvet seating and finally Farewell finishes this Finnish feat.

If you like your jazz, you’ll like Jean Erik – end of. It’s a refreshing take on what else is out there and is a cause for purchase and listenableness. There is no compression in the mix to make it sound modern, but the easy acoustic recording with the occasional synth keyboard just raises its head slightly above the norm and maybe makes it sound Finnish? That would be happy then.