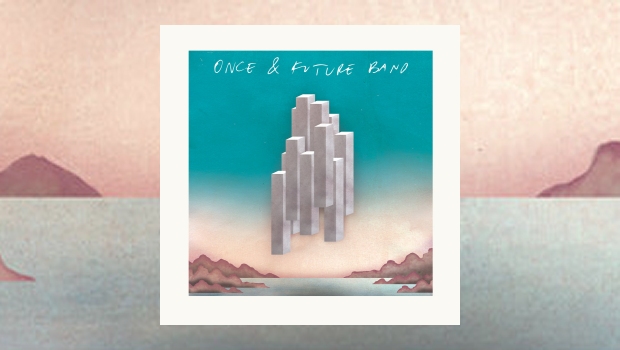 I forget now where I read about the Once and Future Band, but I was very interested in reviewing their self-titled album, released in January this year. The author made comparisons in the article, to Queen and ELO. OK, I was hooked.

I would describe their sound more like the later Beatles albums, with some progressive influence. Lead singer Joel Robinow reminded me immediately, not of Freddie Mercury or Jeff Lynne, but rather Perry Farrell from Jane’s Addiction, which is a good thing. It gives the music a newer feel and character. As well as Robinow, who also contributes keyboards and guitar, the Once and Future Band includes drummer Raj Ojha and Eli Eckert on bass, guitar and vocals). Raze Regal and Josh Smith add additional guitar with Danny T. Levin’s horns and backing vocals from Yea-Ming Chen and Anna Hillburg.

How Does it Make You Feel takes off like the burst from a Saturn V rocket. It is easily the second-best track on the album, full of emotion and fun with excellent vocals, keys and rocking electric guitars and drums. Unbelievable. “The look in your eyes gives you away”, and yes it does after hearing this song. The band never reaches these heights again, unfortunately, but there is still much good music left. I’ll Be Fine sounds almost like a Beatles song, maybe off Let it Be, maybe Dig A Pony, only this time Perry Farrell is singing instead of John Lennon, with a lot more instrumental support. Another good song with memorable drums and piano work, the lead and backing vocals make this one to remember.

Hide and Seek really is my favorite song on the album. “Sarah on the white couch. I could see our old playground from here. You were young…and I was afraid, you would be a play thing not a peer”. The keys and electric guitar are excellent, this track reminds me of some of my favorite Tim Bowness solo songs; with a great storyline and lyrics, it may remain near the top of my favorite tracks of the year.

Rolando opens with excellent organ sounds and horns, like something off a Steely Dan or a Donald Fagen solo album, until the horns really kick in, then you get that Chicago horn section sound. The choruses are perfect, giving it a jazzy feel, reminding of something from SD’s Gaucho. Nice. Tell Me Those are Tears of Joy continues some of the same rhythms and sounds from the last song, only this is a jazzier progressive rocker in sound.

Magnetic Memory opens with slowly strummed electric guitar. The melodies and sounds are so unique, dreamy and may help you to relax and reminisce. Standing in the Wake of Violence, on the other hand, starts with some wild guitar and keys. There’s good drums, excellent vocals and the synthesizer/keyboard work is wonderfully dreamy.

This album was an excellent surprise. It sounds so fresh and different from anything I have heard in a while. Sure, there are similarities to some of the bands I mentioned above, but this band has created their own unique sound and I for one like it. I want to hear more. Give it a chance and I think you will as well.

Tags: Once and Future Band