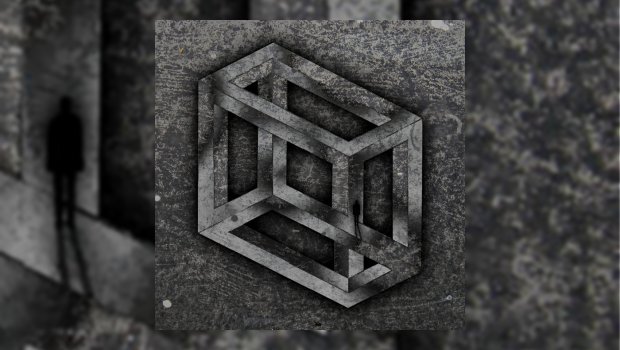 This new remaster of Illusions Dimension, Matheus Manente’s first solo release from 2014, has the dramatic feel of a film soundtrack. Some songs clearly stand on their own, while others seem to be intended as auditory backgrounds to theatrical developments. The beauty of this largely instrumental album is the ways its package of music, poems, lyrics, song titles, artwork, and sound samples beckon the listener to contemplate the “film” which has inspired Manente. As with many motion pictures, this work commences with a spoken segment that lays the foundation for the entire story’s setting and action:

“Sometimes, I wander through dark wet streets thinking about who I am. While occasionally I relieve my thirst of knowledge planning what to do in the next few days. I always forget what is the real purpose of life. Then, I sleep. When these illusions drag me into the dimension of dreams, I start to see both logical thinking and faith merging into one. This is what we call inner peace…”

The entirety of Manente’s lyrics is comprised of eleven sentences and appears at the very beginning of the album. Angelic singing, violins, percussive bursts, and exotic drumming complement the imagery and help arouse intrigue. Is this a personal journey? A philosophical one? Is the protagonist conflicted in his desire to unify science and belief?

The album’s terse or cryptic textual, visual, and auditory allusions and references to topics such as astronomy, mathematics, mythology, philosophy, art, and the human condition allow the narrative to be largely left to the imagination of the “audience member”. This might cause the listener to investigate these clues/signs to determine their possible meanings, why each was included, and how they connect in order to attain a deeper understanding of Manente’s artistic statement. With my first listen, I knew only the artist’s name and the album title. I found the music to be quite rewarding, but not necessarily avant-garde. Based on the ways the vocals and samples complement the music, the album struck me as an exploration of scientific knowledge, spirituality, mysticism, perception, internal struggles and societal battles.

I then reviewed the song titles, lyrics, poem (which appears only in text on the back cover of the CD), and artwork to see how they would influence my appreciation with a second listen. It was indeed more satisfying as the imagery of the film I was imagining became clearer. Making notes on the various clues, such as The Shapley-Curtis Debate, The Burial of the Count of Orgaz, the “symmetry of evil”, “ruins of Thanjavur”, and “the brain of 1985”, I was further intrigued to better understand Illusions Dimension’s storyline before my third listen. I found myself searching the internet, listening to the album again, and reflecting on its complexities and meanings in a repeating cycle. As a result, I’d add to the list above sentiments such as idealism, ambiguity, paradox, strange loops, anxiety, and a search for truth, certainty, convergence, and beauty. In my view, the album is dominated by contrasting sounds and metaphors (e.g. bombastic vs. delicate; stasis vs. frenetic motion; heavenly vs. earthly; reality vs. illusion; good vs. evil; sleep/dreams vs. awake/memories), which often seem to blur.

The music is in the vein of instrumental, guitar-dominated progressive hard rock/metal, popularized by artists such as Joey Tafolla, Michael Romeo, and Vinnie Moore over the past three decades. The songs tend to be longer and have complex, multi-layered arrangements, with regular signature changes, choral effects, aspects of fusion, and melodic counterpoint. The narrative and musical themes come across as poetic and intellectual. While not a djent album, there are djent influences to many rhythmic passages. Manente displays much musical technicality and his numerous solos work very well. While no new ground is broken here, it is a very satisfying album. Manente proves that he’s a fantastic guitar player and excellent multi-instrumentalist who has great talent for designing a unified concept album that rocks hard, evokes vivid imagery, and rewards the listener with repeated listens. The production is top notch. While this album of thirteen songs is cohesive, and certain elements are found throughout, each song has its own character. The guitar playing is a unifying component to the album and is consistently solid, yet also sufficiently diverse. This variety prevents the listener from becoming fatigued.

The introductory lyrics are not the only aspect of Illusions Dimension that are overarching. One of M.C. Escher’s impossible cubes, with an added solitary figure in silhouette (an “everyman”) is reproduced on 6 of the 7 pages of the booklet and covers. Escher’s impossible objects are typically viewed as mathematically-inspired explorations of perspective, infinity, symmetry, and reflection. They serve as metaphors for the human condition, especially our limited ability to assess our reality (our realm, other worlds, other dimensions). The poem, which is additional material found only in the booklet, is divided by thirteen Roman numerals, indicating which lines of verse correspond to which songs. The song subtitles do not appear with the music download, but are valuable cues found on the back cover. For instance, ones understanding of song IV, Inner Peace, is ameliorated with the added subtitle “claim for a minute together”, as is song VIII, The Seventh of Nights with its subtitle “one day, reunion”. The latter adds evidence that Manente is referring to the Asian folkloric tale of the weaver and cow herdsman, two lovers who the Sky King has placed at opposite ends of the Milky Way. They are sometimes allowed to reunite one day each year. Manente’s poem confirms this. How do these two songs relate to one another and to the whole? When is our protagonist on an actual journey and when is he consumed by thoughts of his purpose, his passions, faith, and aspects of the cosmos? Thanks to rich open-endedness, it is the listener’s pleasure to be attentive, review the clues and decide.