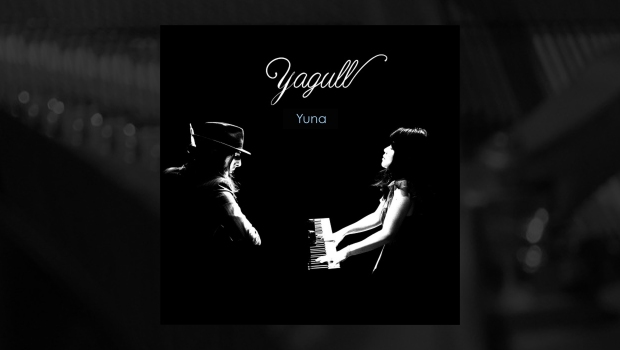 It’s been two years since I first discovered the music of Yagull, when I came across their debut album Films, released back in 2012. I was quite taken aback by how pianist Kana Kamitsubo and guitarist Sasha Markovic combined delicate touches with subtle dynamics, resulting in a tranquil blend of classical and jazz.

Yagull have released three studio albums since Films, the latest, Yuna, being the album under the spotlight here. Recorded over a two year period, Yuna shows the duo growing stronger with each release, and no better displayed than in Searching For The Moon, the two tracks that bookend the album. Written in a little over five minutes as they were requested to “play something” during a photo shoot.


Dawn rekindled and captured the sounds of Comus’ First Utterance. Sasha alternates between fingerpicking and strumming the rhythmic chords to bring everything full circle while Kana follows him in pursuit.

A track that should make you smile according to New York Times’ bestselling author, film historian and musician Raymond Benson in his liner notes, and it certainly does, is their take of the 1973 classic Sabbath Bloody Sabbath from the Sabs’ fifth studio album. It honours the original whilst keeping to the duo’s legacy of haunting melodies wrapped in a cocoon of delicate instrumentation.

Muse, on the other hand, brings the pain, sorrow and struggle Kana endured after having two miscarriages over the period during which the album was recorded: “Throughout this difficult time, Kana felt a presence of a spirit — a muse — inside of her.” A beautiful composition, and for her the chance to move on and try to decide where the road will take her next after these devastating tragedies.

101 is quite a departure for Yagull, moving away from their roots of classical and jazz music. This time they brought in the battering rams to punch the doors down, so with some crossovers between Mike Oldfield and King Crimson’s Lizard-era. You have the eruptive powder keg piano going into the sections of Tubular Bells, while Sasha channels Robert Fripp’s intensive guitar sections from Cirkus (including Entry of the Chameleons).

For me Fall Winter is Yagull’s nod to the 18th Century maestro Tomaso Albinoni. They set up a tone to be located in the hardest snow-storm of all mankind. And then it changes to a warm beginning, to bring some sort of closure and to see the sun rise once more as it ends for Kara by holding the piano note until it fades.

Yuna returns us to Muse, as Yuna “would have been the name of the first—and then second—baby that the couple lost”. The only track to feature vocals, Ayumi Ueda creates a tender lullaby, in this beautiful and touching piece. The album draws near to the end with Kiri, a simple arrangement with improvised guitar Sasha Markovic.

Yuna will take the listener on an amazing journey from start to finish and for me, Sasha Markovic and Kana Mamitsubo have unleashed another home run. I hope that they continue to keep the fires burning more and more.