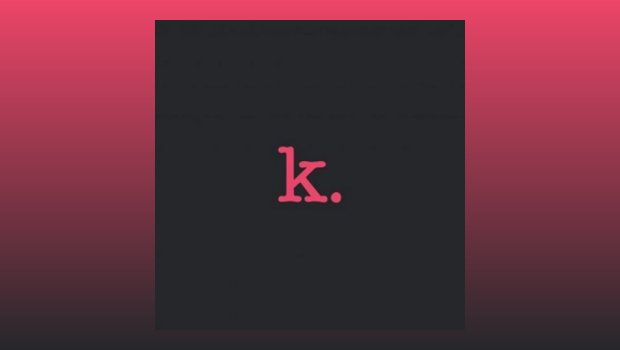 I had the pleasure to be able to review Eveline’s Dust’s last album, the well-received The Painkeeper. At the close of my review, I expressed the wish to hear what this band would do next. Now I have the opportunity as their next album, K, has now been released, and I have to say I have not been disappointed. It’s an excellent follow-up and the band, now signed to Giant Electric Pea, have impressed with the scope of this album.

From Pisa, Italy, eager to build on the success they had from The Painkeeper the band began writing the material for the album to be called K shortly after the release of the first album, completing the recording in July 2018. It’s a concept album relating the story of K, a girl whose life is inevitably affected by an incurable illness; each composition describes various people that she meets, family, friends, lovers, people that she has known from the first moment and others met only briefly.

Now this subject matter could be viewed as somewhat downbeat and it is true that some of the lyrics have an emotional, thoughtful and heartfelt nature as they tell the story, but the music is more upbeat, even uplifting at times. All of this has the effect of making the story more of a celebration of life than anything else.

They have taken musical influences from King Crimson, Steven Wilson, Porcupine Tree and PFM, to name a few, and woven them into their own sound. There are touches of King Crimson used to great effect, the keyboards at times providing symphonic prog style sweeps, put alongside this some excellent jazzy piano all go to provide moments of musical beauty. Coupled with this are the occasional moments when the band begins to stretch themselves in an almost progressive metal way. This is particularly noticeable at the end of Lost in a Lullaby which can leave you nearly breathless at the sheer skill reflected in the sound. Overall the rhythm section is tight and rumbles along providing interest, focus and drive to the songs, along with great guitar, keyboards and vocals it all goes to demonstrate how far Eveline’s Dust have developed as a band.

The opening track, A New Beginning, demonstrates the jazzy influences, provided by some great piano then also taken up by the guitar, the influences continuing on Fierce Fear Family with Rush-like touches to the guitar. That said you know this is definitely Eveline’s Dust. The tracks vary in length from around four minutes to nine, they all seem to be just right leaving you wanting more, eager to hear the next track, and that is just as it should be. Each song is interesting, intriguing, and well constructed amounting to an excellent listening experience. On Faintly Falling the vocal duties are undertaken by Lorenza Catricala on a most beautiful song, which includes occasional discordant guitar, softened by some carefully placed cello from Nicolo Zappavigna.

This is an album that demonstrates the progression that this band has made since The Painkeeper, indeed evolving and taking a clear step forward and upward. A most accomplished and satisfying piece of work. 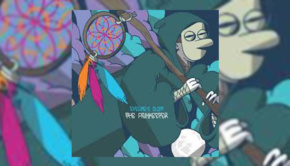