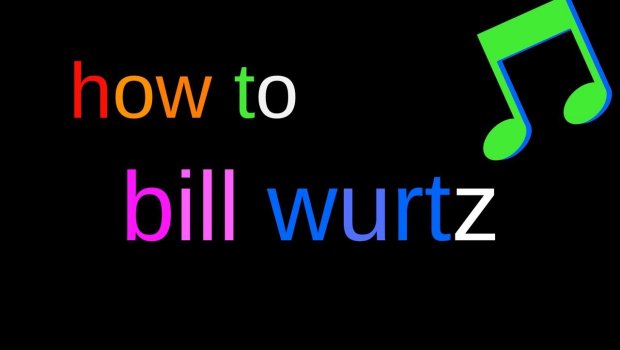 Do you want to know about the history of Japan?

How about the history of the entire world?

In two highly informative yet idiosyncratic videos totalling less than half an hour, video creator and multi-instrumentalist Bill Wurtz has managed to cement his place in Internet history as a viral star. But Wurtz also has a hidden talent, and if you leave YouTube to autoplay after one of his history videos like I did, you may just discover it yourself.

Yes, this is a prog rock website, and I’d argue that Bill Wurtz might just be playing the prog of the future. Need more convincing? Behold, the catchiest song in 9/4 time you’ve ever heard:

Wurtz’s unique combination of absurd, surreal and non-sequitur lyrics and smooth jazz/pop/easy listening makes him quite difficult to classify as an artist, and I’m pretty sure he’s OK with that. Add to that his growing number of self-produced music videos featuring random imagery, signature neon text and careful synchronisation with the music and suddenly it feels like you’re in a different universe when listening to his songs.

On an initial listen to one of his tunes, the bizarre lyrics really stand out: Mount St. Helens is about to Blow Up features the lyrics:

“All of these business suits that I’ve just purchased
Gonna have to throw them all away
And slip into something more reasonable and dance the night away.”

The Beatles only wrote I Am the Walrus once, John Lennon’s attempt to confuse listeners as to the meaning of his lyrics. Jon Anderson time and time again wrote faux-mystical lyrics about seasoned witches and sharp distances. But Bill Wurtz employs a different strategy, with lyrics that are grounded in reality, yet used in a non-sequitur fashion so that they resonate with nobody and everybody at the same time. You can spend hours puzzling over the patterns in his lyrics, which are generally positive but can, on a dime, evoke more unpleasant images: see Outside’s “Now I’m pregnant/With aliens”. It seems that there are no rules, but Wurtz has managed to tread carefully and with precision to ensure that his lyrics are truly unpredictable and without any religious, political or any other sort of bias.

But it’s when you start listening beyond the lyrics that you hear the true genius of Bill Wurtz. When I realised how musically rich yet utterly catchy his music was, that’s when I knew there needed to be an article on our website about him. Wurtz is a master of melody, able to weave complex yet memorable pieces together with ease and panache. Despite his range of atypical musical stylings – unusual instrumentation, odd time signatures, infrequent atonal chords and of course bizarre lyrics – Wurtz nevertheless creates a smooth, streamlined sound that’s resonating with mainstream audiences. It certainly helps that he has a similar vocal timbre to the dulcet tones of Christian progger Neal Morse. Despite being highly musically gifted, he very rarely lets on just how good he is, surprising the listener when a virtuoso lick comes out of nowhere, as in the instrumental to La de da de da de da de day oh.

And how much do you have to pay for all of this enjoyment? Nada! If you go to his store you’ll be greeted with an error message that simply says everything is free, although you can donate if you choose. While Wurtz does have a string of experimental albums from the days before his viral fame on his Bandcamp page, he has eschewed the album format ever since, despite the fact that he could probably make a killing if he were to release a CD of his ‘greatest hits’. However, in today’s world of snackable content, releasing music and videos as they come to you is the new way to stay fresh and relevant. And with an unrelenting pace of new content and great music, Bill Wurtz is proving that he is a force to be reckoned with.