The wonderfully named Angel Gallery seemed an apt place to witness ethereal music, shimmering with an almost translucent quality. Some gigs come out of the blue, almost totally unexpectedly to surprise and delight you. With little knowledge of their music but with a very positive recommendation from our friends at Progradar it would have almost been rude not to attend a venue literally 5 minutes from my home for the final gig on Talitha Rise’s Abandoned Orchid House Tour. In the atmospheric medieval surroundings of the Angel Gallery the packed and sold out audience were treated to a truly enchanting and entertaining evening.

The gig commenced with a lovely set of skilfully played and engaging acoustic music from Julu Irvine and Heg Brignall from Bristol. They commenced with Mary, a strong and original song written by Irvine who seemed equally adept on guitar and flute, as well as having a fine singing voice. Richard Thompson’s Beeswing was covered sensitively with Heg Brignall adding keyboards and her own fine singing. Beautiful harmonies were threaded through the songs as they gave interesting twists on folk standards, some drawn from their enjoyable new EP Unfair Maids. Lamenting the often tragic fate of women in folk songs they have sought out songs with more positive outcomes for women, or adapted some songs with new verses to give more empowered and positive fates for the female protagonists. Irvine and Brignall’s charming stage presence won over the audience in a friendly atmosphere. This sometimes quirky but always delightful take on folk music was fully backed up with skilled and touching performances, which promises much for their future. 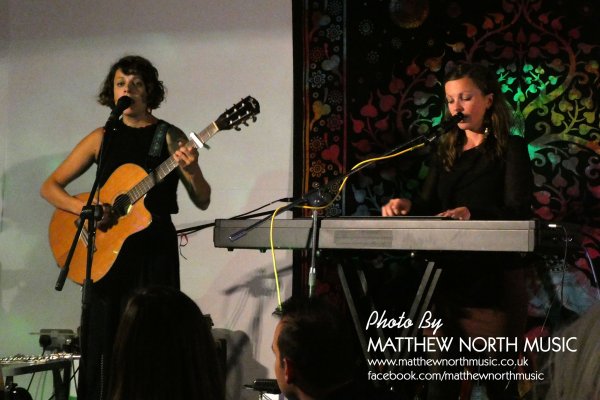 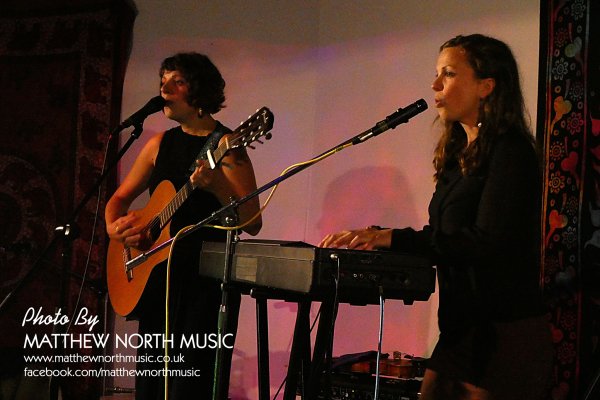 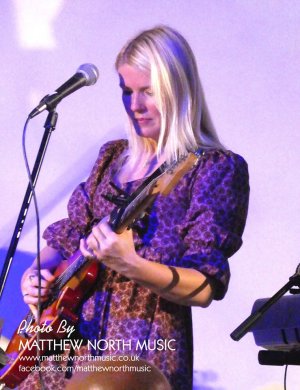 Talitha Rise is the pseudonym adopted by the talented songwriter Jo Beth Young, who has recently released the album An Abandoned Orchid House. She assembled ‘The Abandoned Orchestra’ to convey the intricacies and subtleties of that excellent album in a live context, and they bewitched the audience with a mesmeric show. Alice in Wonderland is referenced in their enthusiastic introduction, and there is definitely something of the slightly psychedelic in the feel of the music as Eastern rhythms intertwine with acoustic guitar, cello, drums and the often spectre-like violin of Helen Ross. Jo Beth Young welcomes us on our ‘journey through the orchid house’ as they play almost the entire album in order. Orchid House definitely took us into another world, down the proverbial rabbit hole with eerie violins and guitar effects from Matthew Rochford. Jo Beth Young described him as the ‘High Captain of Prog Guitar’, amongst other novel sobriquets she applied to the band members during the evening. There is a hint of Grace Slick’s voice in some ways in Talitha Rise’s singing style, although she very much has her own distinctive voice. Valley is strongly imbued with Eastern sounds and grew in power with Ric Byer, who was playfully described as the ‘Overlord of Rhythm’, applying subtle power on the drums. 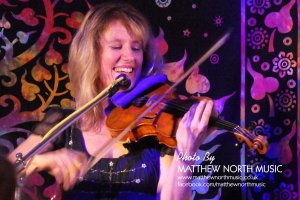 I had never heard a Talitha Rise song prior to this gig, but each piece was immediately captivating and entrancing, particularly Hungry Ghost, introduced as an ‘ode to the crazy’. On the album the song Blood Fox features a speech about diversity by the assassinated MP Jo Cox, and in a live setting Talitha Rise and the band play with palpable passion a song which Jo Beth Young tells the audience is subtitled ‘Bollocks to Brexit’. The band display an ability to harmonise beautifully on River as the very coolly attired Matthew Rochford adds his vocals to Jo Beth Young as they chant exotic sounding river names from North America. One of the main highlights of the gig is the haunting Chapel Bell, which sees Jo Beth switch to keyboards. The ethereal vocals 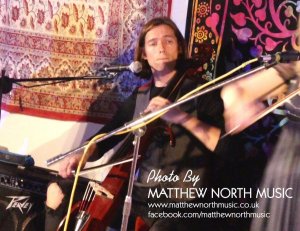 echo Hope Sandoval of the band Mazzy Star, and the lyrics and feel of this song seep into your soul, staying strong in the memory. In contrast, for some light relief Jo Beth then diverts from the album tracklist to the catchy Invisible Fishing from a recent EP, based on her hometown of Newhaven in Sussex. Little Black Wing is introduced with some beguiling sounds from the ‘Archangel of Cello’, Ben Roberts, which casts a magical spell. The atmospheric violin from the ‘Ascended Master of Violin’, Helen Ross, swoops around like a swallow above the melody, as she does all evening in a wonderful performance. Jo Beth Young’s music is clearly inspired by the gorgeous countryside of her home county of Sussex and her ‘other home’, Devon.

Twisted Tree returns us to the album songs and featured Rochford’s weird guitar noises. Indeed, if there is one minor reservation about this gig personally I would have liked to hear a little more of the guitar sounds and effects as they really filled out the songs in a live context and gave them more impact, although this is a minor quibble… and it may just be that my liking leans more towards rock than folk – in any case, it’s still a very fine gig. The show ends with a stunning version of Lifeboat as drone effects, drumming and an increasingly furious violin build powerfully to the climax. This was an outstanding evening full of beauty, atmospheric sounds, touching lyrics and skilful performances. There is a delicious fragility and enchanting vulnerability in this music.

As Talitha Rise, described as ‘the Queen Angel of the Abandoned Orchestra’, states at the end – “Beauty is in the Broken Things”. 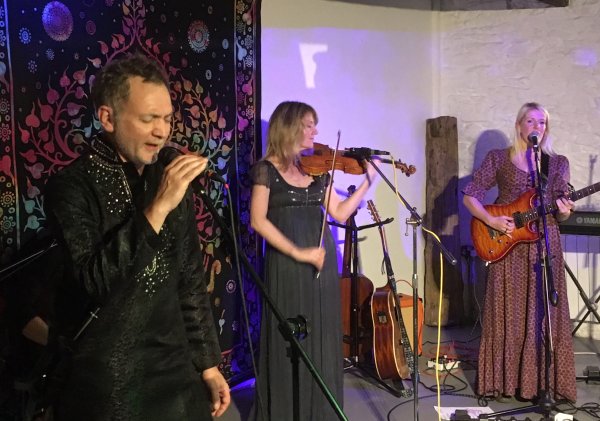