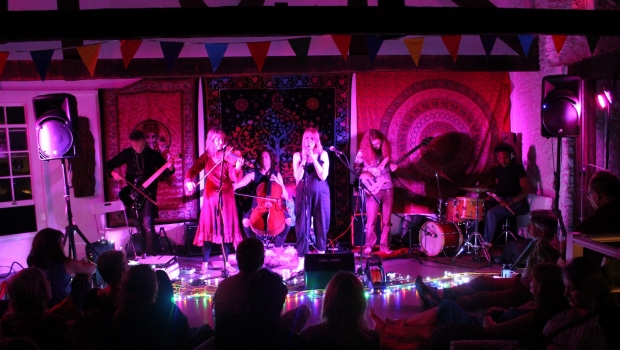 As the early evening sun streamed in through the skylight the atmosphere for this special evening was set with the lovely acoustic songs of Jessi Norgard from Cornwall. Jessi showed considerable charm and skill as she drew the crowd in with some interesting themes. A song for a friend Alice seemed to settle her initial nerves and a fascinating take on Bloodbuzz by The National showed her versatility. The Elephant, dedicated to the ‘Extinction Rebellion’ protest, showed real intensity and anger. In contrast Leonard, inspired by the legendary Leonard Cohen, emphasised Jessi’s lyrical and poetic side. Her short but high quality set finished with the excellent  Pin it Down, expressing a melancholic sense that life always slips away… as did her lovely set. 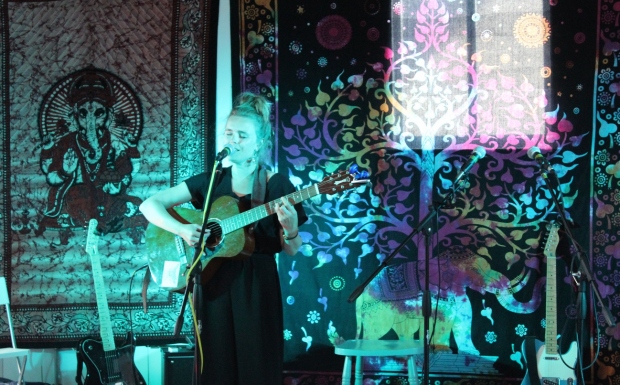 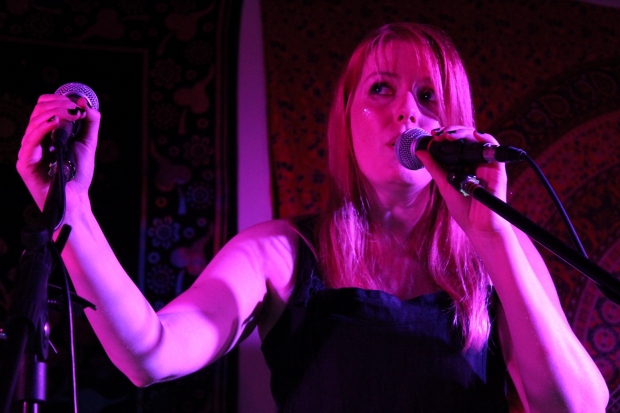 Rise return 12 months on to yet again weave magical musical spells in the beautiful Angel Gallery in Totnes. Previously known as ‘Talitha Rise’ singer songwriter Jo Beth Young has since shortened the name to ‘Rise’. Last year she played the whole of the excellent album An Abandoned Orchid House with her band, the Abandoned Orchestra. Rise is effectively Jo Beth Young as she writes all the songs, but she assembled virtually the same fine group of musicians as last year to perform and express the subtleties, beauty and power in her music. The incredibly attentive and respectful Angel Gallery crowd are treated to a mesmeric performance of the new Rise album Strangers, which is due for release in the Autumn.

Commencing with the recent atmospheric single Dark Cloud Rise encounter some technical problems from the backing technology, providing the keyboard sounds. A slight pause allows some adjustment whilst the Angel gallery crowd sit patiently, such is the goodwill and positive feeling towards these artists. Rabbit Eyes sets the course more successfully with the band gelling beautifully on a song augmented to great effect by programmed keys – everything else in this small venue is played absolutely live and with great skill. Most eyes are upon Jo Beth Young who sings with such feeling, utilising two different microphones for different vocal effects. The new single, Radio Silence, features Jo Beth Young on a shining blue guitar and the first entry on subtle drums of Ric Byer, previously described as the ‘Overlord of Rhythm’. This song gives Jo Beth Young the opportunity to express herself with much more power vocally, and it appears her music is moving on from her more delicate Alice in Wonderland feel in her debut album. 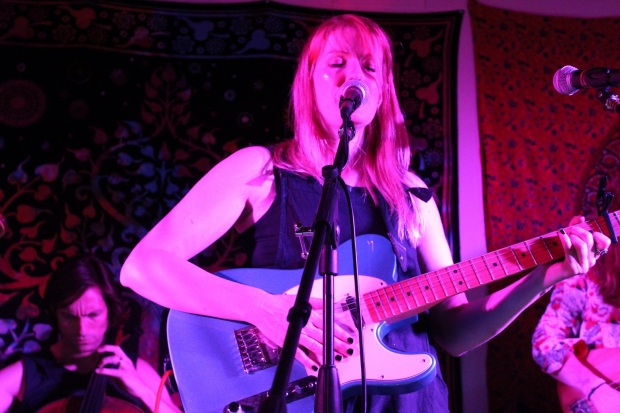 Jo Beth Young’s music is conveyed with such skill and touch by her skilled band, showing the great interplay of Ben Roberts on cello, Helen Ross on violin and Will Tyler on bass. Matthew Rochford coolly illustrates the pieces with finely judged and subtle electric guitar notes inter weaved through the songs. New song Skysailing is a showcase for the entrancing violin skills of Helen Ross as her swallow like music soars and swoops around the room. The performance of the new album is interrupted wonderfully by a gorgeous and enchanting rendition of Chapel Bell from the Abandoned Orchid House album, with adroit drumming as the song grew in intensity.

It is remarkable that this was gig in which nearly every song had not been heard by the crowd and yet they were totally under the spell of the crystalline music throughout. In a set filled with highlights The Old Sewing Woman’s Song stood out with a gentle piano intro and then powerfully rising with hypnotising notes from Ross, previously described as the ‘Ascended Master of Violin’. This was followed by the majestic Burnt Offering characterised by eerie cello and piano backing which intensified in to a powerful finale with tight drums and bass from Byers and Will Tyler. The ‘Archangel of Cello’ Ben Roberts was on fine form all night playing with assurance and emotion, and even manged to add accompanying bells on his feet! 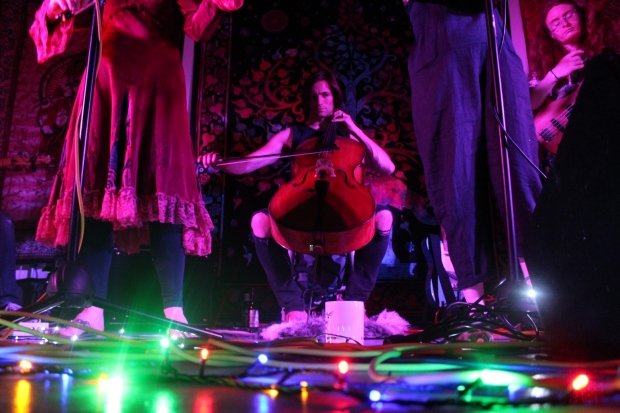 Jo Beth Young suggested Cry Back Moon was ‘Earth’s love letter to the Moon which seemed timely at this time of Apollo reminisces, and she said it felt like ‘Snow at night on Dartmoor’, only a few miles away from Totnes – describe it any way you want – it just felt enchanting. The main set concluded with the beguiling title track of the new album Strangers. Suffused with ethereal violin and guitar effects underpinning Jo Beth Young’s haunting and excellent voice  Strangers seeped in to the souls of everyone at the Angel Gallery, and the crowd gave Rise a tremendous ovation at the end, knowing they had witnessed a magical evening of beautiful sounds.

The encore looked back to the previous album with a stunning version of Lifeboat drenched with drone effects, fluent drumming and an increasingly furious violin building to the climax. However, that was still not enough for the delighted crowd who willed Rise to produce yet one more song – this gave the band the opportunity to bookend the evening with a repeat performance of the opening song Dark Cloud which they pulled off this time without any technical hitches – conveying it’s mysterious luminescence for a perfect ending to a wonderful event.

Last year Jo Beth Young stated at the end of that gig ‘Beauty is in the Broken Things’. That was so true of that shimmering evening of delicious fragility and enchanting vulnerability. This year the beauty and atmosphere remains in abundance but the performance of the new album feels as though Jo Beth Young has been through some experiences which she wants to express through more power and ‘edge’ to the sound of Rise. It will be fascinating to hear the new album itself. Yet again this was an outstanding evening and if you get the chance to see Rise on their forthcoming Autumn tour make sure you go – they are playing the wonderful Summer’s End Festival in Chepstow on October 6th and those fans should make a point of making sure they get in early to see this magical band in action.

[All photos by Christian Murison: The Black Bird Collective used with permission and many thanks.] 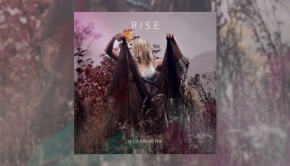 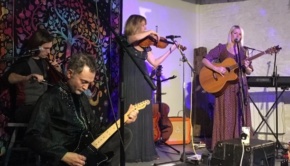