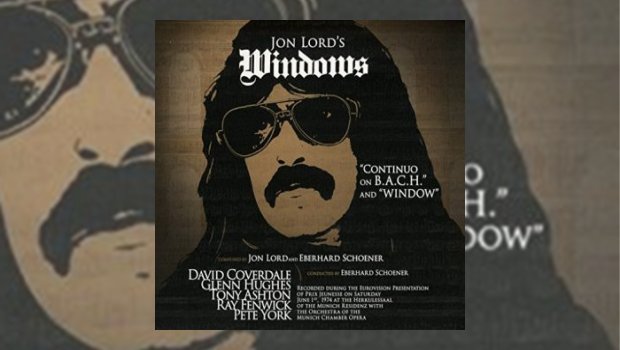 This for me is a very welcome release indeed as I am a big admirer of Jon Lord’s work. One of his songs was very helpful to me at the time of my father’s death, sadly I never got to tell Jon directly how much that song meant to me.

I have followed Jon’s career and music with great interest from the lesser known Before I Forgot album in the 1980s and onward until his untimely death a few years ago, after completing the studio version of Concerto for Group and Orchestra. Windows is an album that predates all that, being originally released in 1974. I owned it on vinyl for a while back then, but frankly I either couldn’t or wasn’t ready to understand it back then as I was really into heavy metal. Hopefully I am now in a better position take it all in now.

The album comprises just two pieces – one long and the other even longer. Continuo on B.A.C.H. is a realisation of an incomplete J.S. Bach fugue by Lord and Eberhard Schoener. It is the more accessible of the two pieces on offer here and features some great drum work throughout from Pete York, along with some interesting vocals from David Coverdale, plus the appearance of the Munich Chamber Orchestra.

I still struggled with this as even though it has been remastered it still sounds muddy and indistinct. There are some great ideas here and it is good to hear this music again, but if I’m honest it really doesn’t move me in the way that other Jon Lord solo albums did, and like Pictured Within does still.

The music is complex and difficult to get into, and even if you like classical music this tone poem is a difficult concept to grasp and appreciate. I feel that this was a misstep by Jon Lord and it isn’t hard to understand why he went back to his day job with Deep purple again not longer afterwards.

So sadly for me, more a curio rather than a necessity, although, as I said, good to hear it again. 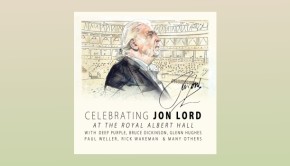 Jon Lord tribute concert to be released on DVD →