CIAO! This is A Different Aspect with, er, a difference. Today we lend an ear to a batch of releases from Italian label Black Widow Records. They all share a particularly Italian way of approaching progressive music – with passion, commitment and a determination to squeeze as much enjoyment out of it as possible.

So open a bottle of chianti and, as Peter Gabriel once said, let’s go down the dolce vita… 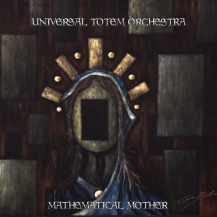 This third release is their best yet, a powerful and beguiling mixture of gothic Zeuhl with jazz fusion, symphonic prog and great Steve Hillage-inspited guitar.

Where many Zeuhl bands go wrong is in creating a grim, joyless barrage of sound. UTO, on the other hand, keep the main Zeuhl element of repetitive hard riffing but lighten it with humour, variety and moments of wistful gentleness. At one moment they are powering through what sounds like a section from Hillage’s Solar Music Suite as it would be played if the world was about to end, the next there’s just a trio of piano, bass and drums leaping salmon-like through a twisting, jazzy melody reminiscent of something one of the Canterbury bands could have come up with.

Over the top of it all are Ana Torres Fraile’s operatic vocals – powerful, distinctive and warm. She can hold her own when everyone’s going full pelt but she also dials it down when it’s just her and a few piano notes, as on the gentle opening to Architettura Dell’Acqua.

The playing here is tight, controlled but passionate, sometimes sounding like Frank Zappa’s best band you never heard in full flight, especially when guest musician Mirko Pedrotti is let loose on the vibes in Citta Infinite.

Add it all up and Mathematical Mother gets a 10 from me. 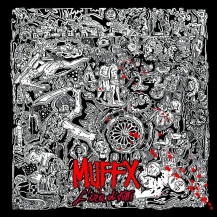 The cover suggests some sort of Death Metal nonsense. There’s a dense line drawing of murder and decapitation with – yes, drops of blood all over it. But never judge a CD by its cover. The music is a different kettle of fish. There’s birds tweeting, then repetitive notes on a muted guitar followed by a funky-ish bass and bell-like notes on a keyboard. It could be the opening to Pink Floyd’s Time – and the Floydian influence is apparent throughout the album.

If I read Italian I would know from the sleeve notes that this is a concept album based on a 1962 book about the 15th Century Battle of Otranto, during which many people died. Muffx hail from Salento, down in Italy’s boot, and they have fashioned what they describe as a soundtrack for a film that doesn’t exist, using the instruments and the spirit of the 1970s.

Opening track Un’alba come tante is Floyd circa Meddle but heavier and crunchier, with a hint of Led Zep. Vengono del mare has moments of epic Rush before entering Canterbury country with wordless vocals over keyboard improv. The remaining two tracks are pretty much variations on those themes, although frantic closer Bernabei throws in some Eastern-influenced guitar work from Luigi Bruno.

The film, if it is ever made, would probably be, to my ears, a very violent Zabriskie Point. But the concept is not important – this is entertaining 70s-style heavy prog, played with skill and flair with an obvious love for the period. 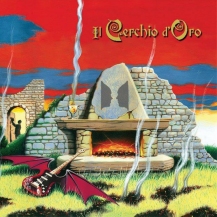 Now this is what I would call typical Italian prog – keyboard-based symphonic music with plenty of twists and turns, melodramatic vocals occasionally bordering on the hysterical and plenty of nods to the likes of Yes and Van der Graaf Generator.

Il Cerchio D’Oro provide all this in spades. There are moments of sheer brilliance here as songs lurch into driving keyboard solos or Massimo Spica lets rip on guitar. The songs – two of them breaking nine minutes – pack in plenty of light and shade, with occasional acoustic moments. But the vocal melodies can be a bit uninspired and the vocals themselves are about 30% technique and 70% enthusiasm.

It’s difficult to pick standout tracks because, quite honestly, they all sound pretty similar. But the title track has a catchy 3 minute intro (before the singing starts) then enters one of those great instrumental bits a few minutes later. Thomas opens with a keyboard riff reminiscent of Khan, Steve Hillage’s early band. Skip forward a few minutes and there’s another keyboard and guitar workout that’s enormous fun. And that’s really how it goes. When there’s no singing this is really an entertaining little band. So you will want to edit the vocals out and create a great instrumental EP.

Their name means ‘The Poison Tree’ and they started life playing unreleased horror movie scores. Their second album is described as an opera in two acts, even though it’s, um, all instrumental. There’s even an intermission of 15 seconds of silence, which wouldn’t give you much time to get served at the bar if this was a real opera.

Apart from an opening Prelude using keyboard sequencers that wouldn’t be out of place on an Alan Parsons Project album, we are deep in Goblin territory here. Inspired by European horror movies from the 1960s to the 1980s, L’Albero Del Veleno serve up track after track of brooding, gothic, urgent minor key drama. This is music to be chased by zombies to and it’s pretty dark and relentless, driven by Jacopo Ciani’s overdubbed strings, Michele Andreuccetti’s pounding bass and Claudio Miniati’s commanding drums.

They don’t quite have the compositional chops of Goblin, with the result that much of the music here is fairly one-dimensional – like the average zombie, it lurches on in the same direction, refusing to be side-tracked. But on Atropos there’s some Tull-ish flute and some almost jazzy moments, while Postlude – Moros is wistful and reflective.

The strings certainly give the album a real soundtrack feel and you won’t be surprised to learn that, for the right price, they will score your horror flick for you.

Their next album needs to throw in more musical surprises and perhaps a sense of humour wouldn’t go amiss – The Poison Tree come across as very serious dudes indeed. 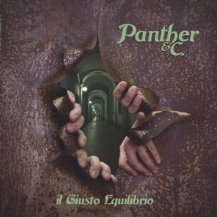 Silly name…but great band! Panther & C have been around for 15 years but this is only their second album, a muscular, confident recording played with skill and brio.

Standout track is Fuga Dal Lago, a dramatic 11-minute instrumental reminiscent of Big Big Train during their most emotive moments, with the keyboards sounding like a brass ensemble. Magnificent stuff.

By the way, Panther & Co – could be the title of a Disney animation about a crimefighting panther and his friends. Someone pass this on to Bob Iger (current Disney head honcho) and tell him an executive producer credit will be perfectly acceptable.