Justin Currie has recently released his fourth “solo” album with This Is My Kingdom Now, I would say formerly of Del Amitri although technically the band have never split up. Justin was and remains one of the most intelligent writers of beautiful lyrics, which matched with decent melodies purvey power and emotion.

But first the support! Les Johnson & Me is poet and troubadour with a folk and Americana voice, part Johnny Cash, part Leonard Cohen with a Glaswegian twist, he relates stories in heartfelt and emotive manner. With a support you’re never quite sure what you are going to get, here we got something good, coping well with the technical issues and establishing some entertaining badinage with the crowd. Quickly switching his set order he opened with Beckon Me To The Light, a track with seemingly religious overtones. Progressing through a short set with lyrics like that of the aforementioned Cohen, poems set to music, even achieving Radio 2 play, something many a progressive band would love to achieve. A great stage presence, even with the mysterious smell of chocolate pervading his nostrils from the Mena Dhu (Cornish for Black Hill) stout made with chocolate malt (complex and flavoursome. Deceptively light and refreshing. Subtle oak smoked aroma. Hint of dark chocolate taste. Delicate touch of liquorice on the finish). His debut album 15 Hands can be found on Bandcamp. If you can, get hold of his EP played with a full band, it really demonstrates how good a night out with Les Johnson & Me could be.

The main course arrives with Justin Currie & the Pallbearers, the voice has the depth of old, and the majority of the highs are still reached, memories of the Del Amitri songs and the meaning attached to them still raise a lump in the throat and a wayward tear. Justin opens with My Name is God from his recently released This is My Kingdom Now, followed by the title track, not heard before but still maintaining those hooks and lyrical wisdom that drew me to Del Amitri in the first place. 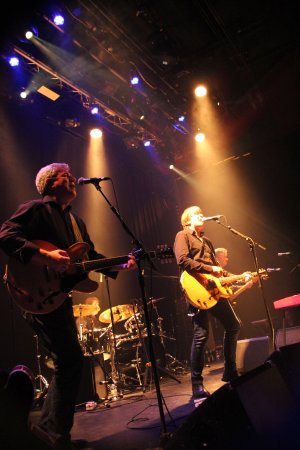 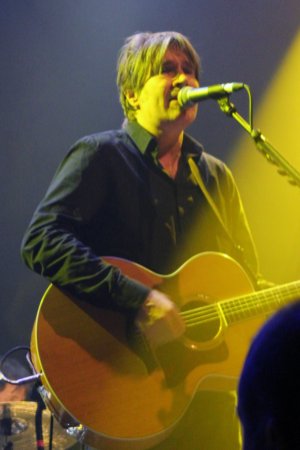 It is a tight set, probably split about 50/50 between Justin and Del Amitri material, and given that my genre of choice frequently involves longer songs, you may wonder what there is for me held within the moment of a three to four minute song? It’s not the length, it is the quality, and here it is available in quantity. Though the style has little changed since the hay days, it exudes a timeless perfection. 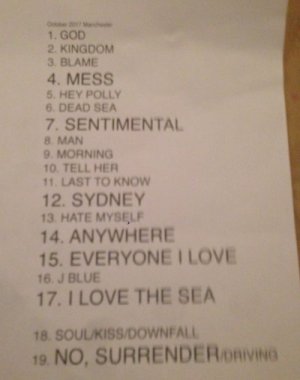 I’ll leave you to puzzle out the full song titles, as the set list is abbreviated in that manner that musicians do. Hate Myself, Sydney Harbour Bridge and No Surrender stood out for me amongst the solo material, and from the Del Amitri history Kiss This Thing Goodbye, Jimmy Blue and This Side of The Morning, songs that raised a smile, and a touch of emotion from long ago. 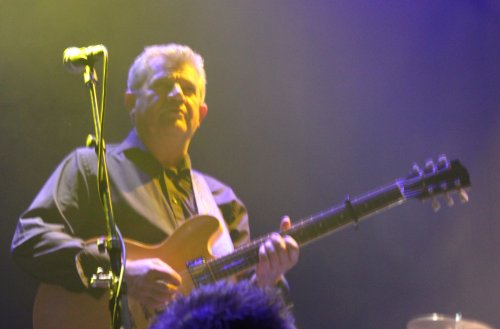 All in all a great school night evening out. Kicking off around 7:30 and finishing about 10:40, the time passed quickly and was over far too soon. As I wait for the masses to depart and hopefully pick up a set list, I note that Steve Knightley (from Show of Hands) has been in the audience; respect from one sharp wordsmith to another.