On 22nd April 2017 – Earth Day. While protests to mark the “Science March” were proceeding across the USA and the world, TPA’s Professor Mark sat down with one of the great musical sci-fi storytellers, Arjen Lucassen, and conducted a Skype interview about his latest album release as Ayreon, The Source, and all things Lucassen. Mark would like to thank Arjen for the amazing opportunity to talk to him ‘face to face’ for the first time.

When you try to imagine the prolific discography that this musical maestro has created and the journeys he has taken his fans on, you realize that any interview can only scratch the surface of all the things that he has accomplished…so far.

Let’s start with The Source. It is a prequel to the amazing saga that has comprised the fans’ favorite part of Arjen’s four-pronged musical experience that includes Ayreon, Star One, Ambeon, and the many bands he has launched, including Stream of Passion, Guilt Machine and the Gentle Storm. All of these “worlds” are great, but it’s the Ayreon world that is respected the most by Arjen’s metal fans. It has the largest discography of all the groups. And Arjen seems to enjoy it the most.

So, my first question to Arjen:

If money was no object, being the space traveller you write about, where would you like to travel to, outside the Milky Way?

I would probably go to Planet Y in the Andromeda Galaxy M31, because it was included in one of my earlier Ayreon projects, The Universal Migrator Part II: Flight of The Migrator. The song I wrote was Out of The White Hole. Some of the lyrics include: “We come out of the white hole into the M31 galaxy, which is also known as Andromeda. We see a planet that looks much like Earth. Could it sustain life? And if, who lives there?” So, potentially another chance for humans to maybe start over. 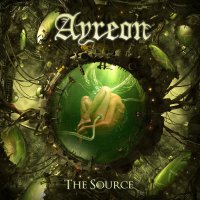 The Source seems to travel down some of the same paths you have travelled before with the Ayreon saga. You’ve brought back James Le Brie – thank you for this. Is he your favorite singer, or who is your favorite singer of all time? You have certainly ‘screen-tested’ many.

Yes James is one of my favorite vocalists. We have met, and understand each other well. He enjoys working on these sci–fi futuristic projects as well as the evolution and emotions of the species. His voice mixes soft and hard and can cover all aspects of human emotion.

You have an incredible storytelling ability and are prolific in recording. What do you read to keep up with all the innovative ideas coming into each of your new creations?

I read scientific magazines online and have a wealth of books and literature that I consult when I’m ready to create. I am constantly reading and discovering additional information on the Science Channel and other such outlets.

Who from music, movies or culture inspires you to write and record music?

Most of what inspires me is people and the way they interact with each other, the world, music and technology.

I know The Source imagines where things could go in the future. What are your feelings on the state of world affairs?

I think this album reflects the fears that I and many people have about our future. Sometimes I don’t even want to go anywhere outside my house, ha ha!

Dissect a song like Set the Controls for the Heart of the Sun, or your favorite song and describe how you see it evolving. What do you see as the highlights and best riffs and sounds?

Arjen starts to hum the melody…

That is such a cool hook and melody. Few songs I know could ever compare to the power and simplicity of how perfect Set the Controls… sounds. Just perfect. I wish I could create something that powerful.

I think you have, with songs like Dragon on the Sea; the way those boats sound like they are right in front of you, when you close your eyes. Beneath the Waves is another one that just sends chills down my spine. All the tracks from Guilt Machine are just perfect melodies, and so different from everything else you or others have created.

You must have been very happy with the completed version of the DVD and theatrical production of The Theater Equation.

It was a lot of work, but in the end it was very fulfilling and a lot of fun.

Will there ever be another Guilt Machine album?

I never plan ahead, but it’s definitely an option! I’m very proud of that album. I guess it wouldn’t be with exactly the same musicians though.

Can you bring Fish to the theater and re-animate The Electric Castle?

I think Fish will stop playing live soon. I asked him for the Ayreon Universe shows, but unfortunately he was unavailable.

Do you envision performing any of the rest of the catalog live? There are only so many hours in the day, after all!

You mean as a theater production? Yes, that is definitely an option. But I know nothing about the theater, so someone else would have to set it up.

That cocoon at the end of The Theater Equation forecasts a drift back to Actual Fantasy or maybe The Universal Migrator – The Dream Sequencer.

Yes indeed! The idea was that the whole story was just a figment of my imagination inside the Dream Sequencer.

What is next for Arjen?

First the Ayreon Universe shows, and after that… I really don’t know! As always I don’t plan ahead. So, it will be a surprise for me as well!

Thank you again Arjen for taking time to speak with us at The Progressive Aspect. 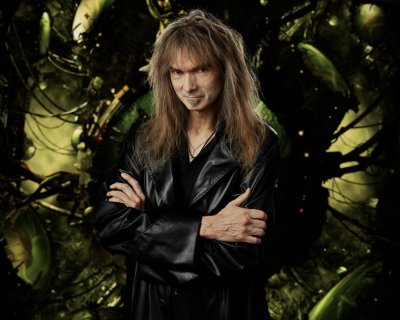 And you can read Professor Mark’s review of The Source HERE.