Whilst having an ever active schedule, Steve Hackett, the former Genesis guitarist, graciously took time out to talk to TPA’s John Wenlock-Smith about his latest album, The Night Siren and his current U.K. tour (which started tonight in Cardiff), also of his future plans and the progress of writing his memoirs that is currently underway…

Good afternoon Steve, how are you doing?

I’m doing well, very busy though but that’s better than the alternative!

Lets talk about The Night Siren album for a moment, how has it been received?

Very well indeed all told, it’s been in the U.K. Chart, the Germany chart and the Italian chart, and I’ve just found out its doing well in Holland too.

I was in Holland myself recently seeing Marillion, they love their music over there.

Indeed they do. I played at a club called Boerderij in Zoetermeer in the middle of Holland. It’s a lovely club that holds about 2,000 people and it’s always a good crowd there too. It’s the heartland of Dutch music.

I’ve seen it advertised in Prog magazine, they seem to have great shows on there regularly. 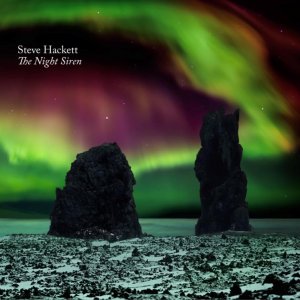 I reviewed The Night Siren for our site and felt it was a complete distillation of all your work and your talents, and a good summation of your releases over the last few years. I really liked it.

Yes there’s a lot of things on it, a lot of instruments that some people wouldn’t recognise, but I think the album was a product of having made 20 odd friends from all around the world and using different instruments from all around the world in an attempt to broaden rock’s shoulders and to go non-formula if possible. And to allow some protest material to appear as well, I’m particularly proud of it really.

It seems as if there have been other things to talk about, other than just the music with the little bit of the story and theme of musical migrants who ignore borders and just demonstrate that it’s possible for people to get on and with people from Palestine, Israel, Azerbaijan and recording all over in Hungary, Sweden, Bulgaria, with stuff recorded in Miami, London, also some of it was recorded in Sardinia, so there is an Italian influence on there too. Some of it databased, if you know what I mean, some of it not in time and sometimes they were just drum tracks. There have been a couple of albums that have come from the base material.

Djabe, for example, have done an album from the source material that was recorded in Sardinia, and it sounds great, rather ambient jazz with ethereal trumpets, and with Gulli Briem from Iceland on drums creating a kind of Weather Report vibe like on A Remark You Made from the Heavy Weather album with the bass player having played with a Jaco Pastorious feel, it’s good stuff. It’s all put together from jams, very laid back but beautiful stuff, I have some shows with them soon aside from my regular touring band. 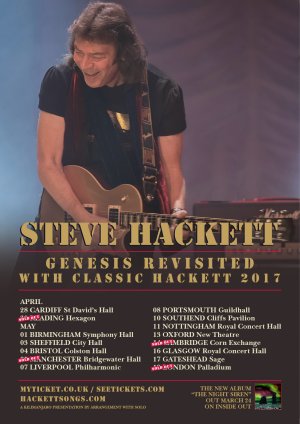 So how’s the tour going?

It’s been good, we’ve done a Caribbean tour, the States, Scandinavia and played Europe and a few hot spots. We were in Stockholm just after the bomb went off, thankfully we weren’t there when it happened otherwise the show would have been cancelled, but it was on the next day so we played a few streets away from where it happened, and it’s Nad Sylvan’s hometown so it was a very special show.

There was a letter in Prog magazine from a guy who saw you in San Sebastian in Spain and he said he felt that you were very underrated in general, and you are so mentioned in the Wind and Wuthering article. And there is a six-page piece on you in there too.

I hope I said nice things about the others! Well I guess being away so much I’ve missed that one so I will have to get that.

And the U.K. Tour starts on Friday?

Well we play in Dublin on Wednesday and then the U.K. after that.

I’m hoping to be able to see you this time around, possibly in Manchester with Sue as she wants to see you again.

Well It will be great if you can and I can promise you it’s a good show. We do three songs from The Night Siren and most of Wind and Wuthering, including Inside and Out which should have been on the album, and always appears in my version of the album at least. 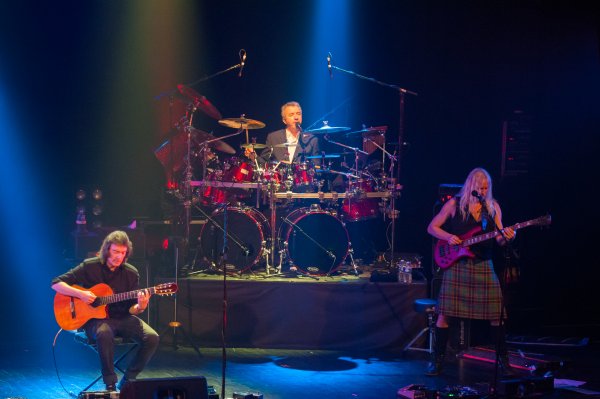 You mentioned in your interview that you are writing your book now.

Well I am writing it slowly, and I’d love to write half an hour every day but I’m so busy that it’s easier said than done. To get that I’d have to give up sleep but it will get written eventually.

What did you think of it?

I enjoyed it but I thought he had a bit of a downer on you though.

Yes, he did a bit really and I don’t know why.

I get the impression that he fits in better with the other two – The Charterhouse set – than you did.

It’s odd, I’ve heard Phil say that Genesis were over when Steve left and heard him say the opposite at times too, so there seems to be some inconsistency there. I think there must be a reason why that era is held in such esteem and why there are over 100 tribute bands who focus on that era.

I think Tony (Banks) may be a bit of an awkward bugger at times and he is very chordal and likes his Rodgers and Hammerstein twinkly parts.

Well here’s an interesting thing. I think there is nothing wrong with Rodgers and Hammerstein, or Rodgers, and love one and the other. I’ve been listening to some of those old soundtracks again and when you listen to some of those melodies they wrote and listen to what is going on, you have to have an open mind. If you don’t listen to Bach you’re missing out. If you don’t listen to blues you’re missing out. Musically in there it’s very interesting indeed, and also Phil tended to vote along with the other two and Mike always sided with Tony and he bossed Tony about too. I think they’ve always had a love/hate relationship.

It was always about alliances and having a strong voice in a vote. For example, I put forward the opening to I Know What I Like several times before they ran with it; sometimes they’d throw the baby out with the dishwater, as it were.

I think I must be the Black Sheep of Genesis, sometimes they speak favourably of me and at other times less so, but composition by committee has its failing and I think Phil still sees himself as the new boy! I am very proud of what I did with them and the band they became. They seem very keen to forget the spotty youth era for some reason which is very sad as it is their history, although that said, if they ever wanted to reform with me included I’d be there like a shot, but I think even if I had the skills of Hendrix and Andrés Segovia they still wouldn’t want me.

I guess they’d want to revisit the pop era and do stuff like Abacab and Mama again. Sue and I laugh about that album, I tell her if she misbehaves I will play her Mama and that keeps her in line.

Well there is nothing wrong with having “Hits”, and I had that with GTR with Steve Howe, we were in the charts in the U.S.A. with When the Heart Rules the Mind for instance, but I guess they won’t contact me anyway. There is a science to having a hit, but I decided not to chase that as I think it can undermine an album because each album has its own journey really.

So what’s next for you?

Well I’ve got the stuff with Djabe and then I will reconvene with my band, if I can call them that, and we will be off to Australia and New Zealand, Singapore and Thailand and then more Italian dates too. I love playing in Italy.

Last time we spoke we talked about another blues album.

I was asked by Malcom Bruce (Jack Bruce’s son) to play at a show at the Shepherd’s Bush Empire and I jumped at the chance as I love blues. There were about 40 musicians up there including Paul Young and Lulu, I played Spoonful and I was on fire, I absolutely loved it.

I love blues but it must be live as I don’t feel studio recordings capture it somehow, plus I was playing Gary Moore’s guitar.

No, this was his Gold Top Fernandes that was made especially for him. It sounds fatter than mine does.

How did you get that?

A guy called Graham Lilley, who is my Guitar tech at times, was Gary’s full time tech and he is involved with Gary Moore’s estate and he bought it to me as a spare for me and I said if it ever comes up for sale give me a shout and he did, so I bought it. You can hear it on that last piece on The Night Siren album (The Gift).

Excellent. Well Steve, my time has gone so I’ll let you go. Thanks for talking with us, I wish you well with the tour and everything and I hope to see you on the road soon.

Thank you for talking to me too. Keep well. 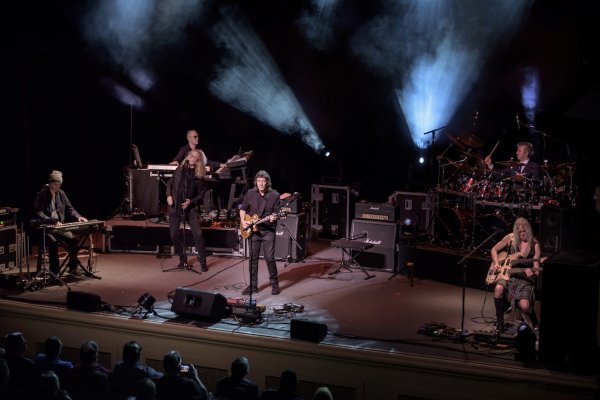 [You can read John Wenlock-Smith’s review of The Night Siren HERE.]