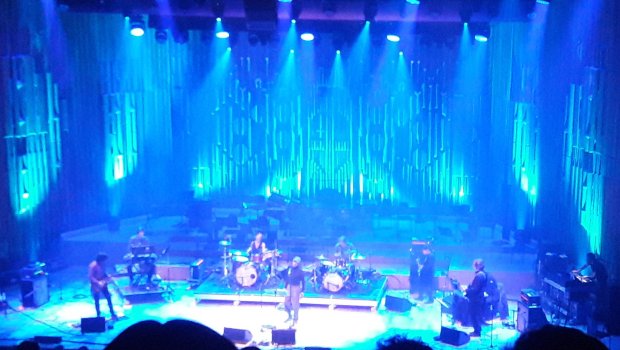 Irmin Schmidt & The London Symphony Orchestra / The Can Project

A beautiful and warm spring day in the capital glossed over a visit to a rather lacklustre Italian eatery near Dean Street, prior to a convoluted saunter on the Tube the wrong way round the Circle Line to the somewhat Brutalist environs of The Barbican Centre, buried deep within the business district of eastern central London. Dominated by massive glass and concrete edifices erected in supplication to Mammon, the area has a ghostly but powerful presence, virtually abandoned as it is in the weekend Spring sunshine, that is apart from the 2,000 or so music aficionados making their way in a steady but mostly unhurried stream to this modern and rather plush venue.

This special concert was convened in celebration of the 50th anniversary of the formation of Can, probably the most widely influential and important of all the bands lumbered with the appendage Krautrock, a potentially derisory term that has long since transcended its more negative connotations.

First up was Irmin Schmidt reprising his pre-Can role as a conductor, directing the London Symphony Orchestra in all its 78-piece bombastic totality. Opening with the premiere of Can Dialog, written with composer Gregor Schwellenbach, this long piece reinterpreted themes from well-known Can tunes Halelluwah and Sing Swan Song, as well as a fantastic rhythmic massed pizzicato take on One More Saturday Night. Snatches of I Want More may have crept in there, too.

Mixing the Can aesthetic with the influence of Ligeti, Bartok, Stravinsky, etc., resulted in a highly successful musical experiment from Schmidt and Schwellenbach. After a very short break, Irmin was back to conduct the orchestra through a performance of his work La Fermosa, music that was originally written for a ballet, premiered in Dusseldorf and Duisberg in 2008. Parts of this piece put me in mind of Philip Glass, especially the incrementally spaced “in the round” brass section, which created a beautiful choral effect.

This orchestral section was highly absorbing, although the primarily “rock” audience, me included to start with, had little idea of where they should or should not be applauding. I soon worked out that keeping an eye on the lead violinist Yuri Torchinsky was enough to tell me when to clap, unlike a sizeable number of others who continued with their tentative appreciative interruptions throughout. This led to a rather stout German lady sat directly in front of me often expressing her irritation with us mere plebs, once loudly muttering “Nein, nein!” and making hushing gestures with her hands as the rock fans around her nervously applauded in most of the wrong places. Comedy gold!

In my mind’s ear I had Damo wailing his improv over the top of Can Dialog…if only, as I got the impression he was not even asked to appear. At the end of the orchestral section the compere mentioned all the other Can members, both still with us and passed on, some of whom had their wives in the audience, but strangely not a mention was made of Damo Suzuki, who was a very important part of the whole Can experience, adding his much needed humanity to the deeply studious approach of the others.

During the necessarily long interval as the orchestral paraphernalia was cleared and replaced by the rock band set up, a 1972 film of Can live at the Cologne Sporthalle was shown in the foyer. It seems at times the noises emanating from the soundtrack bore no resemblance to what the band appeared to be playing. I’m sure I’ve seen this on YouTube before, the juggling wine waiter in the penguin suit jogging my memory. I must check this out again.

The second half of the evening was taken up by Thurston Moore’s Can Project, fronted by a sprightly Malcolm Mooney, with their takes on several early Can classics. No-one seems to know exactly how old Mooney is, even his Wikipedia page can only say he was born “in the 1940s”, but for a probable septuagenarian he had plenty of energy, his lanky frame prowling about the stage like an angular extra from a Gerald Scarfe-designed stage show.

The sad passing of Jaki Leibezeit back in January meant that the twin-drummer line-up was now led by Steve Shelley. Vaelentina Magaletti, presumably taking Leibezeit’s place, obviously could not have been expected to have the possible restraining influence on Shelley that Jaki may have done, and Shelley’s therefore dominant direct style led to the sound taking on a familiar Sonic Youth wall-of-sound vibe, and a lot of Can’s intricacies were lost. I’ll admit that is all conjecture on my part, as Jaki may well have egged Shelley on to greater excesses, such was his gleefully anarchic spirit. However, it is a shame that Irmin Schmidt did not appear with the band, particularly in Leibezeit’s absence, as his presence may have added a bit more light and shade to proceedings.

All the well-known tunes from the Mooney era were present and correct, all righteously pummelled into next week by Moore and his punky cohorts. Can this wasn’t, which is fair enough I suppose, as fittingly it was Jaki Leibezeit who came up with the name “Can”, an acronym standing for “Communism, Anarchism, Nihilism”, and in that spirit, the straight-ahead rhythmic propulsion and effects-laden double guitar feedback squalls and squeals emanating from the stage fitted the remit perfectly and the obvious technical proficiency gap between the German maestros and this band becomes irrelevant.

The whole shebang was hypnotically enjoyable if like me you love your visceral ur-rock, and it was in utter and complete contrast to the intellectually rarefied air of the first half of the show. One thing is for sure, you could not have found a more genuinely progressive evening of music in London Town on that pleasant spring evening. 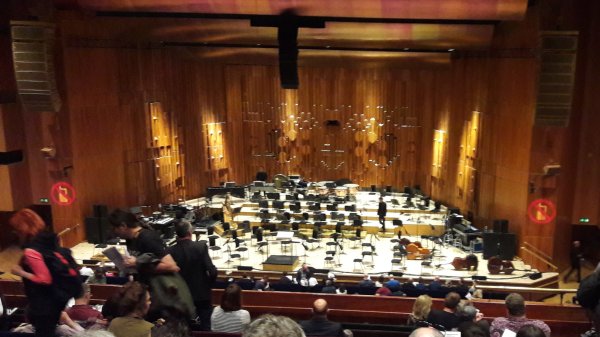 Tags: Can, Irmin Schmidt, The Can Project, The London Symphony Orchestra, Thurston Moore 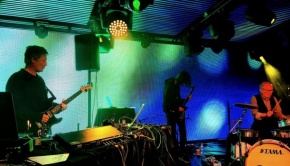