In scientific terms ‘Magenta’ is considered an ‘extra special colour’ as strangely it is not actually found in the visible spectrum of light. Instead it is physiologically and psychologically perceived as the mixture of red and violet or blue light, with the absence of green… in other words, it is such a weird and wonderful ‘colour’ that our brains more or less have to make it up, filling in the gaps! Similarly, Magenta are an extra special rock band who dazzle their audience with bewildering instrumental and delicate vocal skill, painting beautifully intricate colours and images in sound that are beyond the scope of many other artists. Therefore, it is more than appropriate that on the opening night of their largest tour to date that Magenta premiered a suitably imaginative and epic new song called Colours from their imminent We Are Legend album, and this fine Welsh band delivered it in magnificent style on ‘home ground at The Globe in Cardiff. 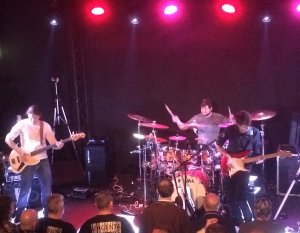 Support band The Kinky Wizzards warmed up the crowd nicely with a powerful set of rock instrumentals, including a muscular version of Rush’s YYZ. Jonathan ‘Jiffy’ Griffiths was clearly having a great time with some heavy duty and skillful drumming – as he is also Magenta’s new drummer he was in for a busy night. Ryan Elliott, also main-man with Eden Shadow, was particularly impressive on guitar, and it was encouraging to see a younger band performing quality, intricate rock music.

Magenta opened confidently with new song Trojan, which has an industrial science fiction sound, with squealing guitars over a juggernaut of sound. Jonathan Griffiths made an immediate impact, pounding out a furious pace in a powerful song about robots which promises well for the new album. The classic Gluttony from still one of their finest albums, Seven, really ignited the crowd in a rip-roaring version with some exciting added frills. Another new song, Legend, followed in a wave of progressive rock power and intricacy, to underline the potential of the new album. Some mischievous ironic banter after such a treat of ‘Can the next one be a bit Proggier?’ was aptly responded to by Robert Reed playing the first few bars from Yes’ Yours is No Disgrace to the amusement of the crowd. This is a band who play with enjoyment and respond to their audience with humour, though they also show other emotions as the night progressed… 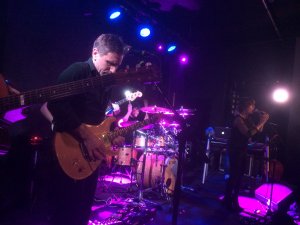 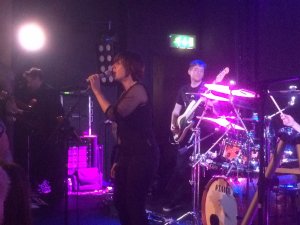 Pearl, from most recent album The Twenty-Seven Club is a real showcase for the lovely voice of Christina Booth. However, early in the song Christina interrupts herself in mid-flow to shout “You two on the stairs – Shut Up!” before carrying on singing, scarcely missing a beat, her advice receiving warm applause from the rest of the audience. Griffiths showed he also has touch with some delicate drums and Chris Fry laid down appropriately fragile guitar for an emotional song about tragic singer Janis Joplin. However, it is Christina’s truly beautiful vocals which stand out on this gem of a song. Afterwards she gave a short speech expressing her anger about the rudeness of people talking loudly during gigs and saying they should have more respect for the music – and suggested that if you wanted a chat you should go outside! This received a very positive response by the great majority who were there to listen to the music, and frankly her speech should be recorded and played prior to all gigs, particularly at The Globe which suffered similar idiocy and disrespect by a small but noisy minority the last time I saw Magenta there. Nevertheless, this was one small, irritating glitch in an otherwise wonderful evening played in a great atmosphere.

Devil at the Crossroads, written for Blues guitarist Robert Johnson, is a powerful and complex piece, displaying the focus and unity of this very tight band. In contrast Anger, from Seven, is a more subtle acoustic number, and in some ways a pleasing contrast to the elaborate showpieces which characterise much of a Magenta set. The final song played from the new album was Colours, about Vincent Van Gogh. Yet another piece about an ill-fated artist which seems to be a feature of Magenta songs after the theme of The Twenty-Seven Club. Colours was definitely the most impressive of the new compositions, a gentle musical box intro erupting into a much more forceful passage with staccato and textured sounds. One could imagine Van Gogh, on the edge of sanity, passionately and manically applying his paint thickly to the canvas. Flute-like melodies and acoustic guitar illuminate other parts of this remarkable new offering before an intense and darkly building finale culminates with Christina miming a gun to her own head to reflect Van Gogh’s tragic ending. If the album is half as good as the live versions then this may well be one of the albums of the year. 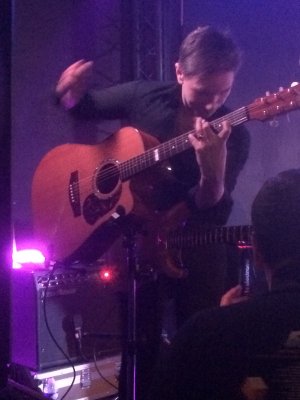 Dan Nelson, long time live bassist and also of Godsticks, was in fine form and clearly also enjoying being an integral part of the studio version of Magenta for the first time. He nailed down the furious setting of Demons, allowing Fry to fly on guitar – eliciting an offer from one rather ‘refreshed’ audience member of “Can I have your babies, Chris?”… echoed by a young lady adding “…And me!” to much laughter. Fry diplomatically turned down both offers (!), but it does indicate the great admiration in which his stellar guitar playing is held, and the warm camaraderie Magenta engender in their fans. Dark epic Metamorphosis closed their main set, underlining the excellence of this band as they rip through the complex, driving piece with skill, conveying the drama perfectly. Robert Reed is particularly magnificent on keyboards, as he is for the whole gig, evoking a range of musical shades and images with the calm assurance and imagination of a master at work.

The fantastic Lizard King with it’s Eastern tinged opening section and joyous, heartfelt conclusion is a great way to encore, delivered in an almost playful way, feeding off the enthusiasm of the crowd. The evening ends with an effervescent shortened version of Pride which begins with a Scottish reel added, even leading to some Highland flings for some in the balcony amongst an elated audience.

A good crowd gathered at the end of a long working week, some very tired and probably more than a little stressed by the mundane ‘slog’ of the real world, whatever walk of life they lead. For just two hours they were transported to another place entirely. The mortgage or rent didn’t matter, or the bureaucracy or workplace politics, or the pressure of assignments and deadlines, or the hard physical grind or mental effort of concentration, or just the sheer mind numbing monotony of some jobs… none of it matters on nights like this when you experience great performers projecting such dazzling sounds and ideas into your consciousness through music that leaves you wondering if your brain just makes it all up! 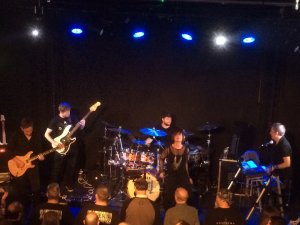 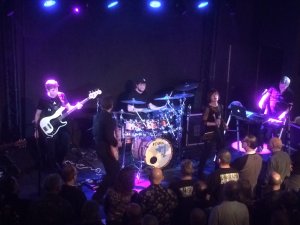 [TPA would like to give a special ‘Thanks’ to Chris Jones
Photos: Leo Trimming]