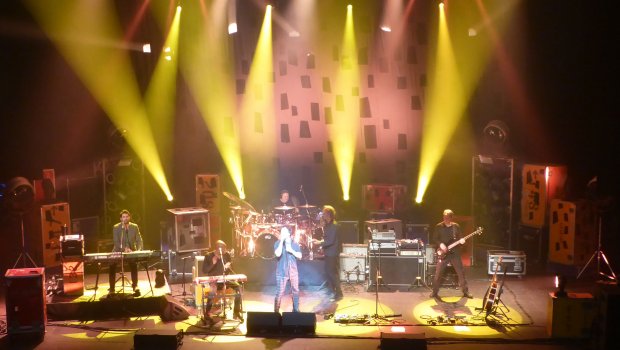 Mike and the Mechanics – Let Me Fly Tour

The New Theatre in Oxford is an impressive statement of the sophistication and glamour of the Art Deco period. The expansive stage is framed by an ornate, towering archway which allows perfect visibility from all levels of the 3-tier, 1,800 capacity auditorium. As is befitting of a site which has been home to music hall entertainment in various forms since 1836, the acoustics of the present day building are absolutely excellent and provide the perfect setting for tonight’s leg of the Mike and the Mechanics tour, supporting their latest album Let Me Fly.

The New Theatre also happened to be the venue where I last saw the band play 22 years ago on the Beggar on a Beach of Gold tour, with the mesmerising Paul Carrack on keyboards and the irrepressible Paul Young on lead vocals. Although over two decades have passed since then, with Paul Young sadly having passed away and Paul Carrack moving to new projects, Mike Rutherford still casts a refined, almost statesmanlike presence as the band come on stage to the warm and enthusiastic welcome of the audience. 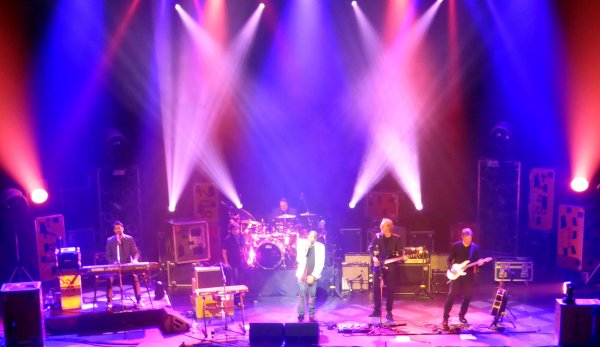 As they launch into Are You Ready it immediately becomes clear that there is a compelling energy and natural dynamism to the band which gently eases into a powerful, natural rhythm. The music is joyfully buoyant, full of life, exemplified in the seemingly inexhaustible drive of Tim Howar’s vigorous vocal and stage performance. Vocal duties are shared throughout the evening with Andrew Roachford who brings a deeper resonance and more soulful balance to the evening: he gives Another Cup of Coffee a depth of feeling I’ve never heard before. 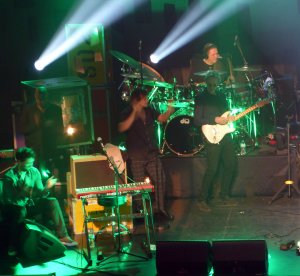 The boisterous pace continues through Get Up and an absolutely smouldering rendition of Silent Running before we arrive at a dramatic change of pace and the staggeringly beautiful Save the World from the new album. The musicianship is exquisite; the poignancy of the song both haunting and enchanting. The starkness of the contrast with what has come before emphasises further the deeply poignant, almost mystical experience of the lyrics and the playing. Indeed, a standout feature of the evening is precisely the way the band are able to gracefully segue between such a diverse range of rhythms, tempos and moods, feeling perfectly comfortable and at home with each.

The evening is interspersed with a fair degree of playful banter. At one point they get around to discussing school bands. Roachford confesses he belonged to a band called The What – a failed attempt to imitate The Who! He asks in return: “What about you?” Rutherford lets out a humorous laugh: “My school band was called Genesis”, he says with perfect timing and no small hint of irony. The audience knowingly play along and loud cheers erupt when Land of Confusion strikes up.

Two songs from the new album follow as the drummer comes to the front of the stage for what turns out to be a semi-acoustic segment which is performed with a wonderful warmth and depth of feeling. It would have been nice to have seen this extended further but we are led into a blistering version of Roachford’s Cuddly Toy and a second Genesis cover in the form of I Can’t Dance. I’ve never been a fan of this song, but the keyboard solo Roachford plays is absolutely jaw-dropping and lets you appreciate the piece in an enthralling new light, despite the mock theatrics of Howar and Rutherford in the background.

The set comes to an end with a return to the pace and attack of the beginning. We are all in full swing for the hugely enjoyable Over My Shoulder and an extended yet thoroughly entertaining version of All I Need is a Miracle, complete with full audience participation. As the band leave the stage to rapturous applause, there is little doubt that the whole balance of the evening, the song selection and the diversity of styles within the performance have contributed to an evening of highly accomplished and thoroughly pleasurable music. 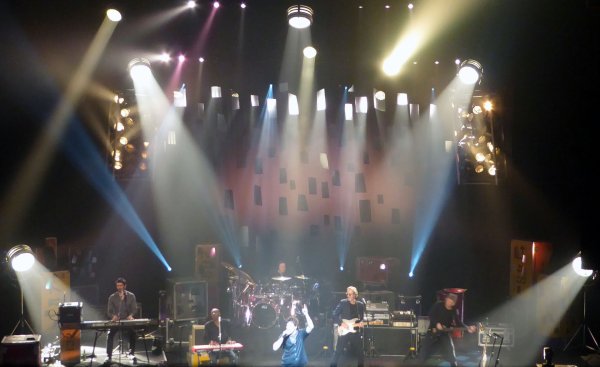 What happens in the encore, however, raises the evening to an entirely different level. The spotlight comes down on Andrew Roachford who sings the most soul-aching, emotionally searing vocal intro to The Living Years – simply astounding. My father died five years ago and we had what can only be best described as a ‘difficult’ relationship. I spent a lot of my early years being afraid of him and a lot of my adult life being angry with him. The Living Years tonight hit me like an absolute bullet and reduced me to tears. I wasn’t there the morning he passed away; I don’t know whether time would have made any difference. But the sentiment expressed so powerfully in this song is undoubtedly right and the performance of it this evening is heart-breakingly perfect.

Word of Mouth is the perfect antidote to such an emotionally charged song. Although each member of the band take it in turns to briefly showcase their instrumental skills, the evening works so well because it hasn’t been about individual virtuosity. It has been about a band of friends and musicians playing with and for each other to create spellbinding music which enthrals, captivates and completely embraces you. Rutherford looks happy, a winning, appreciative smile present throughout the evening. And so he should. This is quite a special incarnation of The Mechanics and I look forward to hearing the new album on its release next month.

SETLIST
Are You Ready
Another Cup of Coffee
Get Up
Silent Running
Save The World
The Best Is Yet To Come
Land of Confusion (Genesis)
High Life
Wonder
Let Me Fly
A Beggar on a Beach of Gold
Cuddly Toy (Roachford)
I Can’t Dance (Genesis)
Over My Shoulder
All I Need Is a Miracle
~ Encore:
The Living Years
Word of Mouth 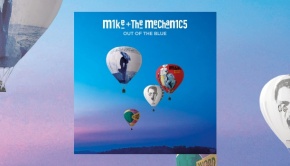 Mike + the Mechanics – Out of the Blue →