Dearly Beloved – we are gathered together for a ‘Prog on a Sunday’ service led by the promoter and ‘Very Reverend’ Jon ‘Twang’ Patrick, with worship convened at the Boston Music Room in London.

Three fine bands performed excellently to the sizeable Prog congregation. Those lucky enough to have been in the hallowed space were transported into other realms by the evocative music, conjuring myriad musical images to brighten a grey February evening. Tiger Moth Tales cast a magical spell over the audience to complete a triumphant evening, but the event featured three bands of particularly high quality (or maybe just two bands, one with alternate identities!) 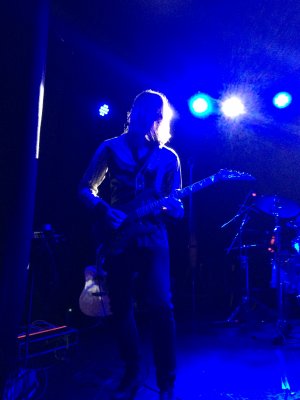 Red Bazar commenced the evening playing songs from their excellent Tales from the Book Case album, which featured Peter Jones of Tiger Moth Tales. Formerly an instrumental band, Peter joined Red Bazar in 2015 to add lyrics to their music, which has helped developed the sound and expand their appeal. Queen of the Night (Pt.1) revealed an impressive and hitherto unheard ‘Rock’ voice by Jones, but the star of this opening song and much of the show was the excellent flowing guitar of Andy Wilson. Keyboardist Gary Marsh was unavailable so Jones took on all the keyboard parts, which he did with aplomb, but on City and the Stars it was his remarkable voice, appropriately stellar in quality, that took centre stage. With references to various futuristic novels, recent events make Jones’ interweaving of hints of Jean Raspail’s dystopian novel Camp of Saints, about an extreme immigration crisis from Asia to the West, seem even more timely. This lyricist is clearly not all comical clergy, nostalgia and children’s stories.

Lights of Home, based on Alistair MacLean’s novel HMS Ulysses, is the centrepiece of the set, with Paul Comerie in powerful form on drums, underpinning the dramatic pounding of this war-based song. Sunset for a New World offered a gentle contrast, displaying sensitive vocal harmonies with Mick Wilson’s fine backing vocals.

Red Bazar are remarkably assured and it is clear that this is very much a band of equal partners. The heavier instrumental rock roots of the band are clear, particularly Andy Wilson’s powerful but fluid guitar on set closer Queen of the Night (Pt.2). It will be interesting to see where they go with a second album with Jones – but they certainly provided a very entertaining and popular start to the evening.

The Dec Burke Band are fronted by the ex-Frost* and Darwin’s Radio singer and guitarist who recently impressed with his Book of Secrets, which comprises over half of the set. Dec is clearly a polished vocalist as the smouldering opener Reflection gradually builds in intensity. As High as the Sun dramatically increases the power of the set, and it is very clear that Steve Hughes, formerly with Big Big Train and The Enid, is a truly outstanding live drummer, impelling this very tight band along. The trio of new songs opening the set is completed by the pulsating Everlasting which showcases the impressive keyboard skills of Carl Westholm (also of Carptree), at times sounding remarkably like the legendary Jon Lord. 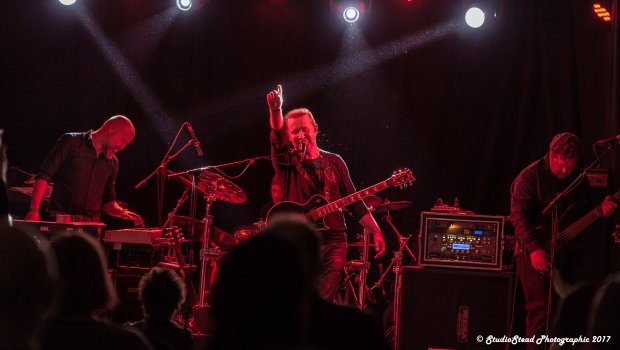 However, as the gig progressed the sheer volume of the sound became increasingly evident as the band ripped through their set. Gradually a gap grew between band and crowd as the punters are almost literally physically pushed back by the sheer power of the sound waves! Whilst this is a Progressive rock band with clear emphasis on ‘ROCK’, such was the volume that it led to some distortion, hindering the appreciation of the actual songs. Nevertheless, Dec Burke is a master of shorter melodic, powerful and ‘hooky’ rock songs, as shown in the powerful performance of March of the Androids, Days Like These and Yesterday’s Fool from 2011’s Paradigms and Storylines. The Last Time, the only song from first solo album Destroy All Monsters in 2010, stood out as a more synth laden and restrained number.

The finale of new song Take featured a particularly scintillating guitar solo from Burke to round off a promising first gig with this line-up. The Dec Burke Band certainly took no prisoners with their intense set, and clearly won over some new fans… but maybe, as the charming Dec himself later acknowledged, they don’t need to “go up to 11” next time!

Tiger Moth Tales are clearly the main attraction for many with some punters travelling a long way to see them in full band mode. Special mention must go to Andreas, all the way from Atlanta, Georgia, USA! Peter Jones returned with the same band members as Red Bazar, but this is very much a different set up, atmosphere and sound. These two bands may be identical in line-up, but they perform as two very distinct bands, with a different emphasis and spirit in Tiger Moth Tales. Jones leads the band with skill, charm and humour, and it is a joy to hear the studio songs fully expressed in a live setting.

Overture kicks things off with a rip-roaring instrumental, the ‘Mothster’ moving nimbly from guitar to keyboards to manic saxophone like some sort of musical tightrope walker. Peter Jones is a remarkable song writer and the second number exemplifies his ability to mould a song of emotional beauty through delightful melody and personal lyrics, whilst also perfectly threading together an extended piece with great guitar and saxophone solos, partly reminiscent of Supertramp. The touching coda with Jones’ lovely voice never fails to bring a tear to my eye and there were a few others with ‘something in their eye’ around the venue – Don’t Let go, Feels Alright is a truly special song. 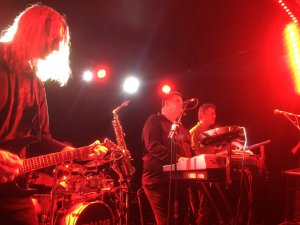 Whilst Red Bazar is a band of equals it is fair to say that Tiger Moth Tales is very much Peter Jones’ star vehicle, whether it is with voice, keyboards or guitar. However, apart from his musical and lyrical skills it is Jones’ charm and humour as a front man which engages so well with an audience, whether with his comedic introduction to the energetic Quest for Beauty, the only song from his Storytellers project, or the frankly bonkers lunacy of The Merry Vicar from Cocoon. Jones soon had a roomful maniacally singing “Three Cheers for the Merry Vicar”!. There’s a lot of smiling and laughing at a Tiger Moth Tales gig, including the whole band whom are clearly also having a lot of fun, which is infectious. Paul Comerie handles the more varied and subtle drums and percussion required for the Tiger Moth material with great touch and verve. Andy Wilson perfectly complements Jones on guitar with his own virtuosity, particularly on flowing instrumental The First Lament, which has Jones beautifully channelling his inner ‘Steve Hackett’ on lead guitar. Mick Wilson shows his own versatility adding some keyboard input to his deft, rock solid bass lines and fine backing vocals.

Set closer Tigers in the Butter initially transports us to Indian climes with its sitar-like opening before building in momentum to become a thrilling ride – this is a number transformed from the recorded version, now featuring an exciting extended finale in which Jones simply takes off on guitar, leading to the emotive mantra “We Live our Lives in Fantasy” echoing around the venue with both Wilson brothers on harmony vocals. This song is both spectacular and emotive – a rare combination in any rock song – and incites the crowd to wild applause. 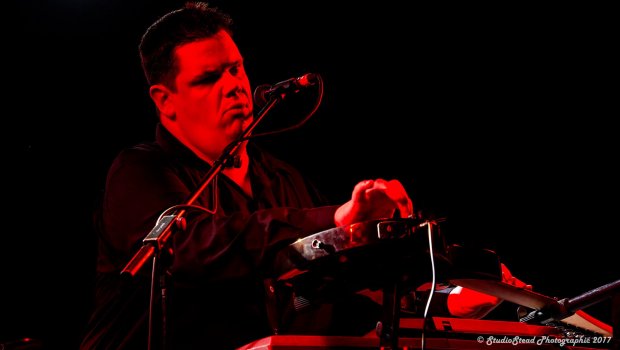 Tiger Moth Tales return for an encore with what is becoming their signature song, A Visit to Chigwick, which Jones introduces by asking us to imagine it’s “a Tuesday afternoon in 1967”. Andy Wilson sensitively introduces the song on acoustic guitar, Mark (“the only other human on Cocoon“) Wardle joining the band to add essential Train Whistle, Duck Noises and Fire Bell, ‘borrowed’ from a pub somewhere in Nottinghamshire! Peter’s lovely vocals and lyrics take us on a nostalgia trip. However, it is that extra twist of wistful, poetic melancholy which raises this song into what already sounds like one of the great classic Prog songs. There really is something quite special about Peter Jones, and with this excellent band playing his material so well he is simply transcendent.

There’s been skill, drama and fine songs from all three bands, but it is Tiger Moth Tales which injects that certain intangible magic in the air as a perfect way to end a great evening of music.

SETLIST
Overture
Don’t Let Go, Feels Alright
The Quest for Beauty
The First Lament
The Merry Vicar
Tigers in the Butter
~ Encore:
A Visit to Chigwick

[Main Photos courtesy of Graham Stead of Studio Stead Photographic and used with many thanks, smaller and slideshow images by Leo Trimming.]