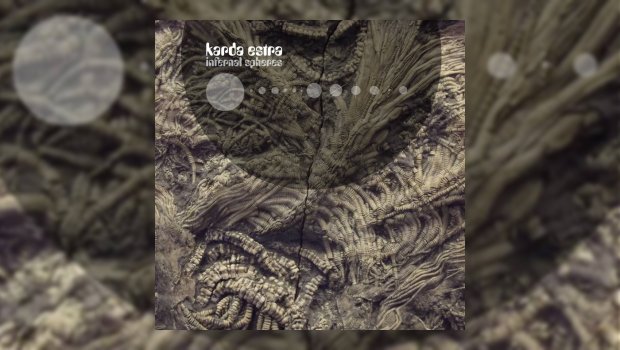 From the fanfares of brass that open the new – and unexpected – album from Richard Wileman’s wonderful Karda Estra, there is a portentous foreboding in the air. The musical spheres are not at rest.

The album’s full title, ‘Where Is Everybody’? Infernal Spheres: A Solar Odyssey, adds flesh to the story behind it, as do the tags on the Bandcamp page; ‘experimental’, ‘futurist’, ‘nemesis star’, ‘tyche’, ‘gothic’, ‘mondo’, ‘progressive’, ‘soundtrack’, the addition of ‘Swindon’ a bow to more earthly concerns that does not overly influence the music – or does it? Maybe a trip to the North of Wiltshire is as spiritually enlivening as the more renowned Southerly areas of the county?

A quick search on Tyche and Nemesis Star draws us into the world of hypotheticals in which composer, arranger and producer Wileman creates a soundtrack for the strange potential goings on in the far reaches of the Solar System and beyond, and the effects they might have on the denizens of a particularly insignificant blue-green planet. The dark mysteries and ‘What ifs?’ of the Universe clearly influence Richard, see his The Seas and the Stars EP from 2015, this album considering the effect of unseen influences on our little corner of Space.

Study the album sleeve. Note, the Sun and planets, lined up as they should be. But what’s this? There appears to be an extra planet. And what exactly is that rather menacing dark form behind it all? The thought processes behind the album are further crystallised by tracks named for The Fermi Paradox, Ceres, Cruithne and Theia – this is an album for stimulating the curiosity and intellect as much as the auditory cortex.

The links between Science Fiction and Fact are clear, a soundtrack this most certainly is, and if someone doesn’t make a film sometime soon to illustrate Richard’s music then there is something wrong amid the physical forces. For now, I have to go DIY – shut my eyes and let the beaten up organ between my ears do the job for me. I doubt that it does it all justice.

From fanfares to beguiling space lounge jazz, deft bass and percussion melding with keys of various hues and the first appearance of Paul Sears drums to add just the right amount of momentum. The beautiful and mysterious Ceres sees a switch to acoustic guitar and haunting oboe while an edgy Obelisk Of Cruithne conjures up Arthur C. Clarke amid a myriad of twinkling keyboard textures and violin, occasional dissonant interjections, brass and zither throwing the craft onto an alternative course.

Throughout all of this Richard Wileman’s skill in composition and arranging is, as always, exemplary, making for an intriguing and compelling listening experience. Amy Fry’s clarinet takes centre stage for Anatomy of the Heavens and it is clear that Richard’s interpretation of science and space retains an organic earthiness at its core, the acoustic instrumentation striving to represent the most natural thing of all – the Laws of Physics.

Paul Sears returns for Solar Riviera, giving the piece a propulsive element that brings a less manic Christian Vander jazzy drive to mind, with brass adding colour and a sense of grandeur. A darkness filters in, alternating with the sense of calm brought by reverbed electric piano. Throughout all of these pieces, unorthodox yet compelling melodies resonate, evolving and drifting in and out of view, as on Legacy of Theia where Richard skillfully draws in the widescreen feel to a claustrophobic close-up. Kklak! isn’t as angular as its title suggests, soothing cor anglais and oboe from Caron de Burgh working against swirling guitars and keys. At every turn, there’s unease which dissipates only to appear again.

A jazzy swing with a Latin edge infiltrates Free Fall on Tyche, leaving room for electric guitar solos, Ileesha Wileman’s lilting, wordless vocal giving a Swinging ’60s feel that all will work out just right in the end.

Finally Nemesis, our ultimate undoing; a brooding presence of zither and bass clarinet with a malevolent edge, but the vocals give it an aura of the spiritual. It might be rather bad for us as a species, but as an intrinsic element of the forces at work within the Solar System it is simply doing as has been pre-ordained; a natural force of destruction and rebirth, the bringer of calamity and renewal. After all, if it wasn’t for the multitude of extinction events in our pre-history we wouldn’t have got to where we are – good and bad.

Infernal Spheres is another fine release from Richard Wileman who continues on the crest of a creative wave. His skill at taking chamber classical, jazz and rock influences and turning them into something new is beyond reproach and he continues to give his audience fascinating and intelligent music of real depth. It certainly makes you think, leading me happily to a nihilistic conclusion that ultimately, however important we think we are, our insignificance is underlined by the complete reliance we have on narrowly defined boundaries ruled by the physical laws of these Infernal Spheres and, like dust, they will soon put paid to everything we value or hold dear. 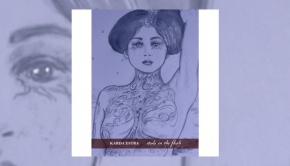 Karda Estra – Idols in the Flesh →