The Islington Assembly Hall is a magnificent venue. Built in 1929 it is an eloquent testament to the confidence, exuberance and elegance of the art deco period, even though its formidable scale and imposing architecture carry an almost contemporary forewarning of the austerity, recession and ‘great depression’ which was to follow. 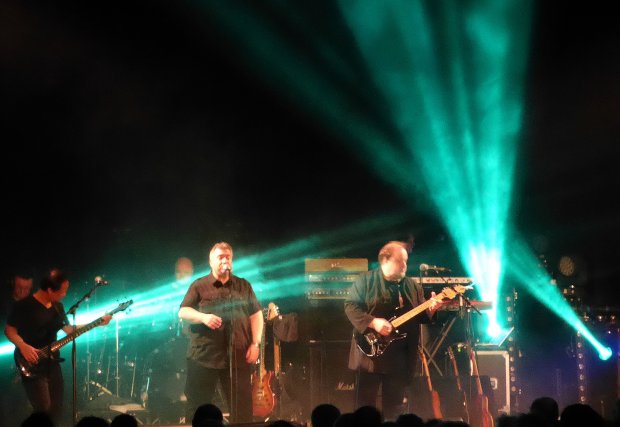 Entering the music hall immediately strikes you with a spacious and compelling sense of occasion, the elevated stage and ornate surrounds providing an enthralling impression of grandeur and finesse. Tonight it provides the perfect setting for the penultimate concert in The Ghosts and Garden Parties tour by The Steve Rothery Band, with lively support provided in the form of The Dave Foster Band.

For the sake of this evening, the two bands are actually one and the same (with the exception of Rothery himself) and the hall is nicely full and awash with happy and expectant mutterings by the time Dave Foster leads the band onto the stage to warm and appreciative applause. They are joined by lead vocalist Dinet Poortman who sparkles with vibrancy and energy as they enthusiastically launch into a short set of six songs built around Foster’s second album Dreamless, released in April 2016.

Poortman brings a driving spirit and infectious animation to which the band eagerly respond. There is a wonderfully tight and responsive dynamism underpinning music which flows with intensity, power and passion. Riccardo Romano on keyboards is a man possessed, filling the hall with growling layers of sumptuous textures against which the piercing and intricate artistry of Foster’s guitar work soars and shines.

Rothery and Martin Jakubski join them on stage to thunderous applause for Ache and the difference in style and technique is immediately obvious, both guitarists nicely offsetting and complimenting each other. By the end of the final song, hearty appreciation rings out loud and clear around the hall for a performance which is both captivating and engrossing. 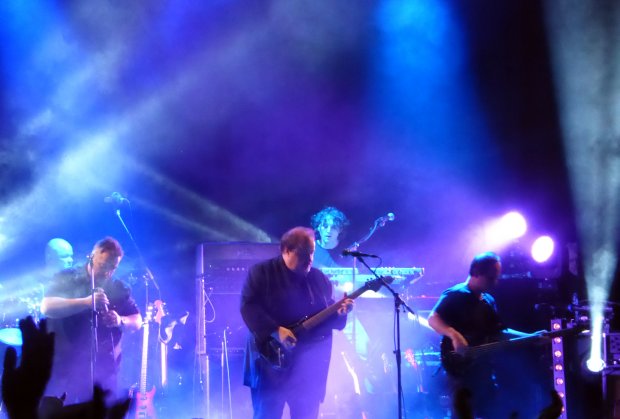 After a brief break, The Steve Rothery Band receive a polite, respectful, almost reverential welcome as they launch straight into Morpheus, the opening track from Steve’s The Ghosts of Pripyat album. Everything about Rothery’s playing exudes a mood changing presence which leaves everyone utterly spellbound and totally enthralled. There is a majestic serenity and a quiet but assured confidence which effortlessly flows from a guitar which is clearly an extension of the man himself. As he loses himself in what and how he wants to play, so we are inexorably drawn in and become lost with him in the music which weaves from his guitar. 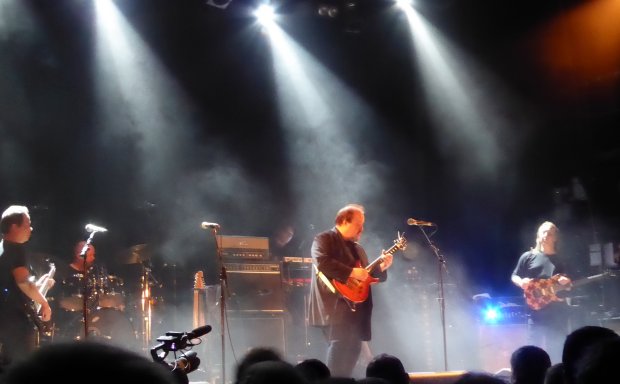 As with the previous set, there is an immediate and responsive empathy in relation to what is happening from the band, the clout and punch of the previous set transforming into a calmer, more relaxed intensity. The bass playing of Yatim Halimi is astonishing and although I am more familiar with him in terms of his work with the wonderful Panic Room, I remain firmly convinced that his abilities are genuinely world class. The fit with Rothery is absolute perfection, a disciplined but nevertheless free flowing style creating inventive and gently compelling bass lines which build around, compliment and support the meticulous and quite delicious playing of the other band members. 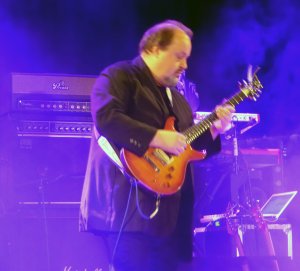 By the time we reach Summer’s End the spell has well and truly been cast. As strange as it sounds and despite the rapturous appreciation ringing out around the hall, there is nonetheless a distinct feel that it is a privilege to have seen and heard the sheer quality and consuming brilliance of the music which has been played so far.

The band take a short break and return for the second set, accompanied by Martin Jakubski, which focuses on little played songs from the early Marillion era. Although the combination of ‘Ghosts and Garden Parties’ initially seems an unlikely combination, Rothery is hugely illuminating in the commentary he supplies between the songs.

Rothery jokes that whilst the rest of Marillion spend their holiday time on the sun-kissed beaches of Mauritius, he uses his time off….touring! “A working holiday”, he ruefully observes. But as we move from the excellent Cinderella Search through to Chelsea Monday it becomes clear that Rothery has a deep-seated affection for these songs and he is neither prepared to give up or let go of what is an important element in his life. 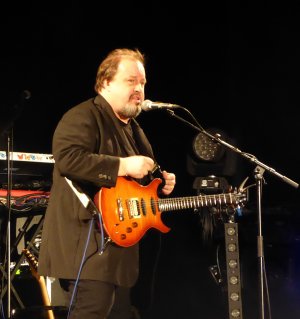 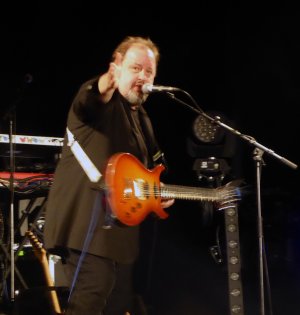 It is not until we get to Incubus that the link between his work with Marillion and the solo work with his own band is revealed. Incubus, he tells us, is a song which he attributes as marking the defining watershed in the development of his playing style. Listening to the way the band play the song tonight, stripped of the more aggressive and accentuated elements which marked the original version, it becomes easy to see why he should feel this and, indeed, makes an understanding of his work as a whole a lot more transparent.

I still personally fail to see why both individually and collectively the members of Marillion seem so preoccupied with Sugar Mice but it is most certainly a crowd favourite and the vociferous sing along which follows is thoroughly cathartic as well as enjoyable. The finishing encore of Garden Party and Market Square Heroes brings a tumultuous end to what has been a happily endearing and quite magical evening. It is not often we get to spend time in the company of supremely gifted and talented musicians such as these, but when we do, it is an unforgettable experience which lives long in the soul. Bravo. Encore!