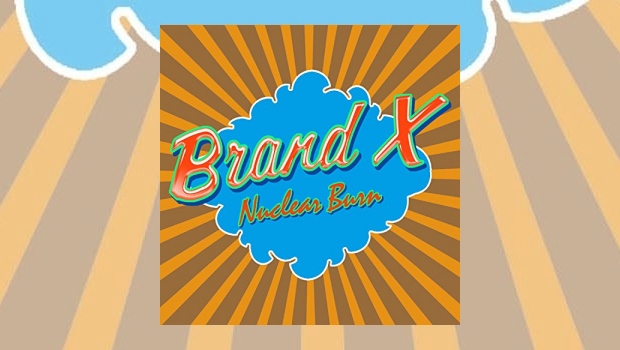 I’m a grumpy sod sometimes and when I’m trying to concentrate I absolutely cannot stand the relentless banter that my colleagues have about house prices, dietary righteousness, gym habits; basically anything that isn’t work. Because there’s only so many times you can try to ask people to let you concentrate (in Great Britain, it’s less than one), a go-to that I regularly use is YouTube and its many fantastic prog channels, each somehow boasting a well of music deeper and more eclectic than the last.

That’s how I stumbled upon Brand X, whose first two albums Unorthodox Behaviour and Moroccan Roll were continuously shown in the sidebar. In general, I don’t trust YouTube’s recommendations but after the umpteenth time they’ve been shown in the upcoming list, you have to give it a punt. Of course, no sooner had I heard the blinding drum fill that kicks off Brand X’s canon in Nuclear Burn was I skimming through the rest of the album, seeing if the rest of the material was of a similar quality. Turns out it was. I checked the band info to find out who this master percussionist was and was amazed to see a very familiar name indeed: Phil Collins. I couldn’t believe (and still can’t) that the Genesis frontman had been able to showcase his amazing drumming skills in such a relatively unheard of band. I’ve been a fan of Genesis for six years and I genuinely only found out about Brand X a few months ago.

The electrifying jazz-fusion displayed on both albums recommended by YouTube was just too excellent not to own. However, I couldn’t have imagined the bargain I was about to stumble upon. Enter the Nuclear Burn box set, released merely two years ago by Virgin Records. The five-hour set contains the band’s first five studio albums and Livestock along with a handful of bonus tracks on just four CDs; probably a good way to save on plastic. The price of admission? For me, it was a little over £7 + p&p, so I knew I couldn’t go far wrong.

What’s there to say about the music? I won’t reveal too much, partly to save you from reading dozens of superlatives one after the other, but also because the best way to appreciate this music is simply to listen to it. I will say that, while there is certainly a gentle stylistic change across the six-album spread, from very Mahavishnu influenced sounds on Unorthodox Behaviour through to the more directional and original efforts on Do They Hurt? featuring new synthesiser sounds and the iconic fretless Wal bass, the band never compromise the quality of their productions. From top to bottom, there are four CDs of pure joy here with only the most occasional duff track slipping through.

Talents on display here include the great Phil Collins himself; though only appearing on three albums proper in this set, these recordings are most certainly the best thing this reviewer has heard him put to tape, streets ahead of any of his work for Genesis. Just so you can tell it’s really him, he even lends his voice to a couple of tracks, notably on Product, the band’s one attempt at an ‘accessible’ album to satisfy record execs. Don’t be fooled, the quality is there, and the album doesn’t even seem all that accessible anyway! Even in his absence, the runners-up are still fabulous: Chuck Burgi is no ordinary session drummer on Masques (Earth Dance has to be heard to be believed), while Mike Clarke’s talents can be heard on half the tracks that make up Do They Hurt?. There are too many plaudits to really be mentioned in full for each of the band members, so I’ll save you the reading. However, a wonderful surprise for myself personally was to find out that keyboardist J. Peter Robinson (of Quatermass fame) joined the band from Masques onward. Certainly a clash of two prog bands I never expected (but absolutely love) to hear!

At the truly compact price of this box set, one shouldn’t expect a fancy package; if anything, what you get is actually better than expected. Nevertheless, album art pedants like myself will not be amused at the aimless chopping and cropping that’s occurred here. In summary, you do get all six album front covers in full, but anything beyond that is another story: the back cover of Unorthodox Behaviour gives a backdrop to the concise and well-meaning essay by a personal favourite, Malcolm Dome, while half the inner cover is on the back of the included tracklist booklet; heavily cropped versions of the back covers of Moroccan Roll and Masques make up the final two pages of the booklet, alongside the arbitrarily chosen sleeve notes from Do They Hurt?; it did take me a while to spot this last one, but the back cover of Do They Hurt? actually appears in cropped form on the back of the double jewel case itself. The back covers of Livestock and Product (of which one is black and white and the other by contrast is positively technicolour) are painfully absent. Moreover, the booklet is missing a lot of the humorous nature of the original sleeve notes. A quick Google search shows that the notes of Unorthodox Behaviour had things like “Percy: Fender fretless bass, Northern Line Tube train motor bogie brake pipe hose connection clamp screws” and “John: Guitar, Dubbin, old copies of ‘Newsweek'”. Taking this away in the set prevents the listener from really engaging in the band’s sense of humour, something that Dome mentions frequently. A bit more careful treatment could have done this boxset wonders.

However, this doesn’t stop it from being a delectable set of recordings worthy of anyone’s shelf space. The format whereby albums are split across different discs can be somewhat frustrating, but in an age where most CDs’ sole purpose is to sit once inside a computer drive to get ripped into an MP3 that can be edited to the heart’s content, this doesn’t pose a problem to the computer savvy. Despite still being aghast that I’d never even heard of this band before, I’m nonetheless encouraged that after all this time, the well of astonishing bands has yet to run dry.