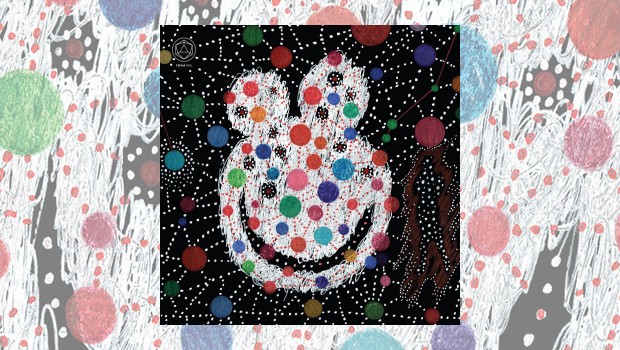 It’s been a while since I ventured into the experimental deep end of the pool, it’s been a struggle getting there past the wary learners and the middle distance swimmers, such is their ever growing number. An album by Killing Joke lynchpin and all-round production guru Youth who has worked with artists as diverse as Alien Sex Fiend and Paul McCartney, and David Tibet of industrial avant pioneers Current 93 certainly seems a tantalising prospect and sparks off all those fuseboxes labelled “Odd” that lurk in my chaotic jumble of fried synapses.

Tibet first met Youth in the suitably Gothic confines of the legendary Bat Cave club in Soho over 25 years ago, and asked the bass player to play on C93’s debut album, which he did. The two seemingly then had no contact until recently, when fortune intervened in the form of David Bianchi who is Youth’s manager, and who was putting on a gig by C93. The pair met again and Youth suggested they make an album together, so they did.

The result is a startling and unsettling mix of crashing tribal rhythms, industrial synthscapes and primitive melody that together create a base and feral psychedelia for the Shaman to do his work. The magick is dominated by Tibet’s visceral singing, evoking all manner of darkness, tantalising earthy sex, and ritual incantations. His voice is akin to a swooping bird of prey, soaring, diving, gliding, but never less than intense.

A clue to the otherworld David Tibet inhabits is given in his explanation of the band name. “The group’s name Hypnopazūzu brought together three beings and two languages, that move me and delight me and trouble me. Hypnagogia. Hypnos. Pazūzu. The Coptic language. The Akkadian language.” Obviously a well-read man, but these are not books you will find on Amazon…although who knows, nowadays?

Tibet leads this dark cabaret of the mind into an impenetrable world of obscure references and things that should not be trifled with, by way of his fulsome poetry. As he says of the possibility of future collaboration with Youth “I am happy always to work with Youth in any way, forever and for ever and always and in all ways.” “I wait for my Ouija Board Planchette to receive his Mind’s Eye Text.” That may sound pretentious coming from anyone else, but you sense he means every word.

This is portentous music for troubled times, summoning and imploring, a hymnal to the unsentimental way of Nature, shining black light on the darkest corners of the soul. The concluding ascension of Night Shout, Bird Tongue is quite transformative, ending a strange and oddly illuminative experience.

One wonders what repeated glances into this black mirror of an album would do for one’s sanity, so I will leave it alone for a while. You may be made of sterner stuff than I. Enjoy.