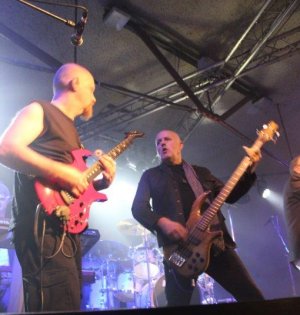 A trek to Wolverhampton, with coffee at Gloucester Services, always nice but better when you don’t leave things there. With old age, the memory goes, and you do daft things. I first saw The Room in a showcase at The Borderline and they were very good, putting on a great performance despite the limitations of the low ceilinged room. Tonight’s event was for the recording of a live DVD to be released in January, once the editing and tweaking is done it will be a fine reminder of this band live. There are bands that you want to see, and there are bands who you watch because they are there. The Room are the former; no cowbells were harmed during their performance. 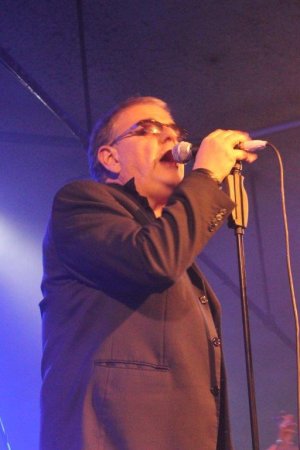 My expectation of a live video shoot was one of stops and starts, several songs having repeated beginnings. Not tonight, and barring a break midway to replenish the equipment for filming – tapes, discs, batteries, tired gerbil – The Room played a seamless set, with a selection of material from their first album and Beyond the Gates of Bedlam in its entirety they lifted the small but intense crowd. If there were faults they were minor, and the mixing desk will take care of those. 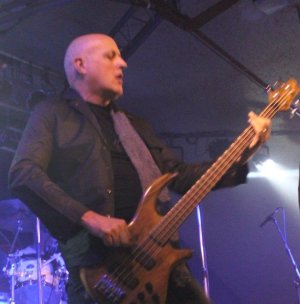 Whether it is my familiarity now with their material or continued practice, the set delivered seemed even more confident than the one I witnessed at The Borderline in London back in February. No chat until about five songs in which surprised me given the overall purpose of the gig, but the delivery was great. Martin Wilson has a great stage presence about him, exchanging a little banter with bassist Andy Rowe or knowing just when to step back into the shadows and give the rest of the band some limelight. 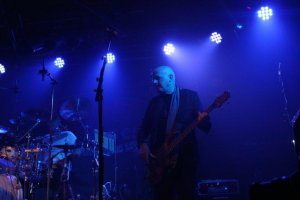 I have seen “better” bands with award winning guitarists, but Steve Anderson’s performance easily would rank with the best of them; tight, controlled and with just the right amount of flamboyance. No major showing off, the playing speaks for itself. The Room are Progressive Rock with the emphasis on Rock, they rock without going into metal areas and their slower songs lean towards the blues, but Prog they are. Live they have energy and power, and like any well-oiled machine function efficiently. It is predominantly an audience of fans and as a result the fans are word perfect. From the opening bars of Flesh & Bone to the closing notes of ICU, they perform superlatively, even the break to restock the AV equipment not breaking their stride. 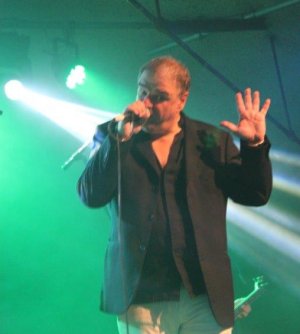 Andy Rowe on bass strides the stage, every bit the rock star, and a long way from the day job. There are no weak links and, like their label mates The Gift, you see a band before you that enjoy playing together. Balanced, everyone has their moment in the spotlight. Steve Checkley’s keyboards shines, Chris York on drums demonstrates the effectiveness of a good drummer, playing rather than beating them to death. Martin Wilson, vocals, both old and youthful, dark and yet playful, fitting given the themes of madness that some of The Room’s songs cover. 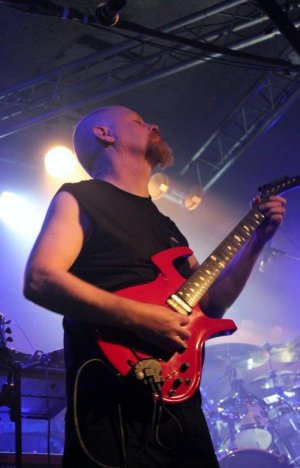 So a breakdown of the performance? To be honest they were consistent throughout, and playing to an audience who knew the songs a run through of highs and lows seems to me pointless. Feedback on the recording is that it has produced a high quality product to be tinkered with for that fabled January release. The DVD will be available for pre-order at The Room’s website, or you may register your interest now by email at andy@theroom.eu .

A few surprises, but if you were not there, best left to the DVD release. I had a great evening watching this band, the DVD can go on my wish list, and with national radio play and the odd TV appearance the future looks rosy for The Room. My favourites from the evening; Carrie, She Smiles, Bedlam and The Hunter. 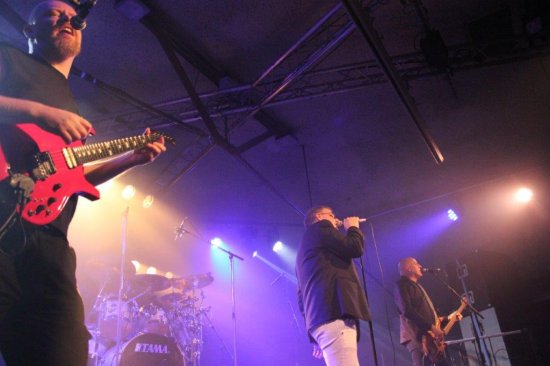 SET LIST
Flesh & Bone
A Casual Believer
Multitude of Angels
Screaming Through The Noise
Carrie
Full Circle
Jack
Crazy As It Seems
She Smiles
The Book
Masquerade
Splinter
The Hunter
Bedlam
Behind The Silence
16 (with the Roomettes!)
ICU