Hello! We’re back with the fifth edition of our occasional series A Different Aspect, affectionately otherwise known as ADAs. This is the place where we attempt to reel in some of the ones that got away so here’s a few more that might have flown under the radar first time around. Enjoy!

We don’t normally go back more than a year in our sweeping up operations here at ADA, but this 2014 album is so good it would be criminal to let it pass by unnoticed.

Polymorphie are a relatively new French band, and part of a new avant scene emerging over La Manche. Rhythmic heft with dark chamber and rock instrumentation and unsettling electronica make a menacing backdrop for tales of imprisonment intoned in a world weary fashion by the dulcet tones of Marine Pellegrini. A French lady could read out an Ikea instruction manual and make it sound sexy! 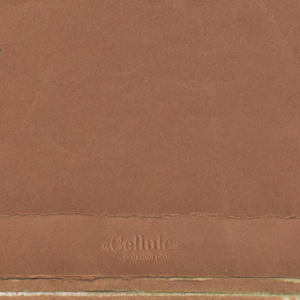 Yak – Quest for the Stones
by Rob Fisher

Quest for the Stones is an embracing and thoroughly enjoyable adventure which genuinely delights in exploring the boundaries of traditional progressive rock, as well as the virtues. Only two tracks, yet lasting just short of 45 minutes, the impressively intelligent and innovative writing produces music which is emotionally intense and dramatically expressive.

Martin Morgan unleashes an exciting array of vintage synthesisers, Moog, Mellotron and Hammond to create a sound at once faithful to the symphonic roots and textures of prog but which he also directs to serve distinctively modern needs and ends. These are combined with agile and lively bass lines from Gary Bennett, adding depth and resonance, whilst Dave Speight brings a deft and accomplished sense of power and drive to the direction of each track.

The result is an embracing and sumptuous feast of music which is lavish in the layers it weaves, beautiful in the melodic vistas it creates and elegant in the vision it presents. And as all albums sold raise funds for Tower Hill Stables Animal Sanctuary, what more do you need to indulge in some truly wonderful prog? 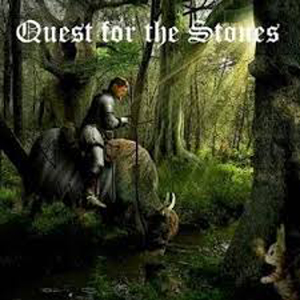 Based on Michael John Grist’s short story, The Skypainter is a largely instrumental project recorded almost entirely solo by guitarist Adam Ironside with added narration on two of the tracks to help flesh out the imagery. It’s an expansive work with well structured melodies and textures that starts orchestrally, allowing the listener to gather a feel for the story, before the epic second track sees Adam’s guitar come to the fore.

There’s a metallic edge to a lot of the material but it stops short of becoming a shredfest, retaining masses of melody and with variations throughout to keep the listener engaged. Adam can certainly play but deserves extra credit for the skill taken in the composition and arrangements. Not for everyone but well worth giving it a try. 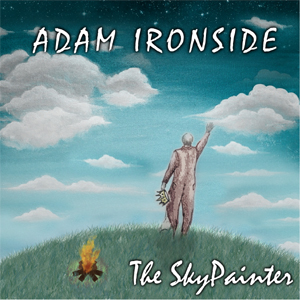 With their tenth studio album, Pendragon signalled a significant and quite dramatic change in direction. If 2005’s Believe marked a startling change in the grand symphonic landscapes to which fans had become accustomed, the release of Pure (2008) and Passion (2011) marked a heavier, almost industrial exploration of the Pendragon sound.

Men Who Climb Mountains is a welcome return to the playful inventiveness which characterised Believe whilst adding a more mature and refined approach. The song writing is noticeably more adventurous, complex and insightful and there is a greater willingness and patience to let the songs naturally unfold, evolve and progress.

The music is thoughtful and fascinatingly experimental, combining lyrical intensity with changing sounds, rhythms and time signatures, and mixing these with sharp shifts in moods and styles within and across tracks. The result is an energetic, embracing and powerful album which delights in the sheer breadth of the creative vision it weaves. 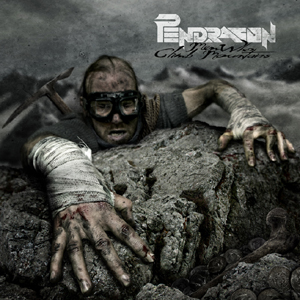 Pee Bee are a jazz collective based in Paris led by Italian saxophonist Claudio Pallaro and English bassist Gary Brunton. Named for the number of players, All Of Us 13 is their second album and it’s an upbeat listen. Straight jazz with a big band feel, courtesy of the large brass element, all done with an inventive enthusiasm. The performances are first rate and the pieces, in the main collaboratively written by the band, zing along with energy and humour.

A number of the pieces are coloured by the French slam poetry of Damien Noury and the wonderful voice of Sandrine Deschamps is just a joy throughout, singing in French, Spanish and English, including on a lovely reworking of Janis Joplin’s Move Over. Well worth a visit for jazz enthusiast or novice alike. 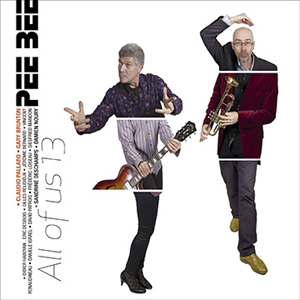 Judging by the cover of this, the second album from Italian band Mad Fellaz, you would be forgiven for thinking that this is a sprawling prog concept album about Bacchus and his shenanigans. In actualté it is a sort-or-fusion that isn’t, combining a jazzy undercurrent with time signature twists and clever arrangements and venturing into melodic but heavy prog.

Undoubtedly jazzy in places the 14-minute opener is a funky strut with great instrumentation from the twin guitar/keyboard/reeds line-up, backed by a tight rhythm section. There’s even a short furious drum solo in the tune that works perfectly as the ante is upped. The icing on the cake is the unfussy but distinctive voice of Anna Farronato. Well worth a listen. 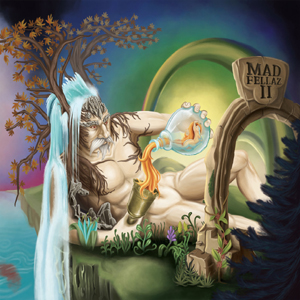