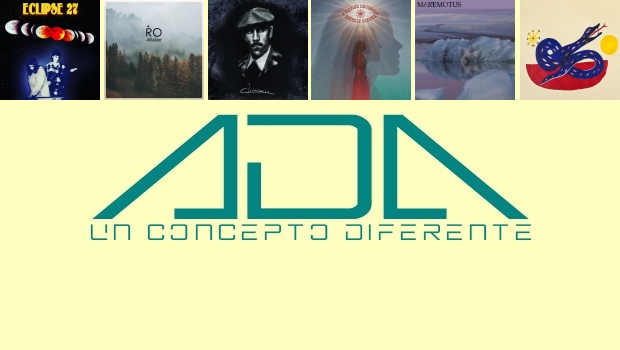 In this, our third ADA update featuring music from Spain we have:

Early in 2020, so long ago – it feels like longer – a Spanish FaceBook acquaintance gave me a list of ten albums from Spanish artists he thought I should listen to. The article I wrote summarising my thoughts on those albums provoked perhaps the greatest reaction received from any review I have written, and I soon had enough suggestions thrown my way to compile a second article looking at Spanish progressive releases from 2020. It was always my intention to compile a third article, but I never quite found time, having so many albums that had been submitted for review that obviously took priority over a voluntary task such as this. With my backlog of albums for review down to only one, I couldn’t help but take the chance to revisit my Spanish odyssey, and work my way through some of the albums that had been thrown my way since my last article. 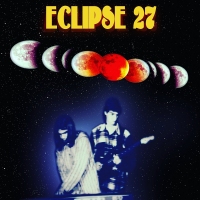 Eclipse 27’s album begins with a spacey symphonic sweep that could not be more majestic, before dipping in and out of various jazzy and upbeat transitions, and resting on a delicate and mournful piano piece. It’s an engaging and eclectic introduction to the mixture of sounds you can find on the rest of the album. It’s undoubtedly space rock, but not as it’s often heard. Indeed, this is probably the greatest attraction to the album, which plays with almost every space rock trope, but blends them with sounds and moods not normally heard in that realm. The only track that doesn’t appeal to me, Venusianos de Ojos Azules is just too conventional and one-dimensional compared to the rest of the album, and thus sounds quite out of place. It’s more like a classic RPI ballad from the ’70s than the more spacey and schizophrenic sounds which otherwise chime and clash so beautifully throughout.

That brings me to another thing I love, but which may well frustrate some listeners – which is the way so many of the tracks chop and change so frequently. Sometimes the changes can be quite surprising, and almost jarring, but they do (in my opinion) always work. It’s almost an aural rollercoaster through time and space, with moments of calm, and sheer drops that have taken you away before you have a chance to catch up. I say time and space, because there is no grounding in any one decade. There are passages that sound like they could be from the ’70s, the ’80s, or the ’90s, and others that sound completely contemporary. 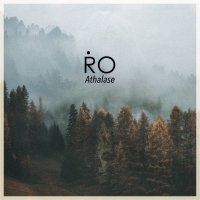 I’ll be honest here. This is a really enjoyable post-rock album that has an immediacy which a lot of post-rock albums do not. As such, it is an easy and enjoyable listen. But initially, it really doesn’t do anything out of the ordinary, coming across very much post-rock-by-numbers. One of the Bandcamp tags is “experimental”, and for the life of me, I can’t work out why. There are plenty of adventurous and experimental post-rock outfits out there, but from the beginning of the album, and as pleasant as they are to listen to, ṘO does not appear to be one of them. Listening to the album for the first time, I was confused as to why they had been suggested to me for review, as there seemed nothing particularly special about them. Plenty to like, but not much to write home about.

A lot of what is written on the Bandcamp page appeared to be hyperbole. I was left wondering where was the “lot of rage”, or “the most intense and wild chords”. Even when the music became louder or heavier, it didn’t really feel like it was portraying any great emotion, and nor did it provoke it. And then the title track hits, and it hits hard. It’s potentially the strongest (and most original sounding) track on the album, and from here on in you can hear that greater rage and intensity. Although I can’t help but admit that I particularly like the atmospheric mid-section, which appears as the track reaches a false ending. In fact, it is the atmospheric soundscapes that ṘO create throughout the album that make it the enjoyable and addictive release that I find it, even during the less original moments. When that atmospheric side collides with the darker side, it makes something really special, as can be heard in Erio. Definitely an album worth listening to, even if it doesn’t seem so at first! 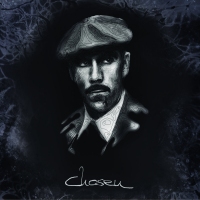 If Iron Maiden were an extreme metal band, this is what they might sound like. There are two vocalists listed, so I assume one provides the harsh vocals, and the other the clean. And whoever sings the clean vocals definitely seems influenced by Bruce Dickinson. It really works, though, as surprising as it is when that voice first appears. And it’s not just in vocals that there are similarities. Pablo Sanchez’s bass playing is often reminiscent of Steve Harris, and there are plenty of galloping guitars a la Iron Maiden, even if they are heavier.

And still, the similarities don’t end there. Just as Maiden often wrote songs based upon the works of renowned authors, so too it appears for Back to R’lyeh. This is quite possibly the most surprising album I’ve come across in my exploration of Spanish prog. I can’t say it’s my most favourite, but it’s potentially the most entertaining. I do kind of wish there were less (or no) harsh vocals, but that is just me, as I’ve always struggled with this style of singing. I imagine they will not pose any great stumbling block to most listeners. And while I have put a lot of emphasis in this review of the similarities to Iron Maiden, rest assured the band sound influenced by them and not at all derivative of them. 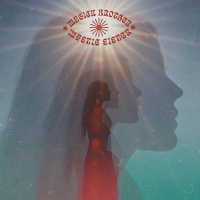 This wonderfully breezy and groovy album feels as if the classic Canterbury Scene style has been transported and transformed into a Catalan Scene. The quartet perform a hazy psychedelic bliss that could too easily sound dated, but even though bathed in swathes of gorgeous Mellotron, Magick Brother & Mystic Sister never sound stuck in the past. Xavi Sandoval and Marc Tena lay down beats that are at times funky and jazzy, and while in this style of music the rhythm section can often be lost, they are wonderfully present in the mix. Maya Fernández provides some beautifully ethereal flute, that floats high above the music, playing celestial melodies.

But it is possibly Eva Muntada who is the star of the show, providing so much of what is heard, by way of piano, synthesisers, organ, Mellotron, and vocals. Eva’s voice is as evocative and unworldly as the music, and like every instrument she utilises, not overused, giving it greater impact whenever it appears. The use of space and restraint in Magick Brother & Mystic Sister is magnificent, with the band knowing that what is not played is just as important as what is. It gives a minimalist cinematic feel to music which could otherwise be saturated. I’m no great fan of retro music but, as aforementioned, Magick Brother & Mystic Sister manage to make their vintage instruments and retro sounds timeless. 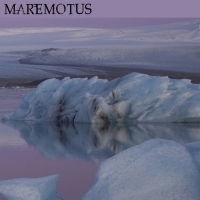 Maremotus play a heavy and melodic post-rock sound, which is driven along by the bass of Flo Sánchez. Vocals in post-rock can be hit or miss for me, and Long Distance Calling epitomises this as I love some of the vocalists they have used, and cringe at others. However, the vocals are definitely a hit for me with Maremotus. While, just as with Long Distance Calling, the music is more than strong enough to not need vocals, they manage to add that much more impact to already impressive numbers. The band build a wall of sound around the listener, so that I feel surrounded and enveloped by the music, the guitar whirling around like a dervish from all sides, the bass pounding from the centre, the drums circling from below, and the voice descending from above. It could be oppressive, but it feels the opposite.

There are metallic tinges to the music of Maremotus, but not enough that I personally feel the post-metal tag that appears on their Bandcamp page is appropriate. Then again, the edges of the post-world have always been very blurry to me, so those better versed in these styles may well have a different opinion. But for me, the hints of metal are not so much post-metal but prog metal, and I often hear passages where I could make comparisons to the music of Tool. I’m assuming this is a debut, and it shows a lot of potential for the band. This is by no means a great album, but it’s a very good one, and I think the band will only make better ones in the future. 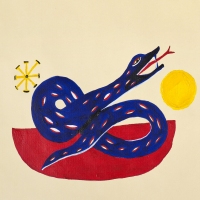 This is one of the latest Spanish albums to be released in 2020, and easily one of the most impressive. The band describe themselves as Mediterranean Psych Rock, and I guess that is as good a label as any. It’s rock, and it’s psych, but it’s almost completely free of Western stereotypes. The band claim to flee from formula, and never become complacent about cliché. They certainly draw from an expansive sound library, and their use of non-Western instruments, rhythms, melodies and textures certainly sets them apart. Not just apart from music of the West, but also that which most people might think of as “world music”. As an example, 3,14’s Bombyx Mori is one of my favourite albums from 2020, drawing from the intersection of West and East yet still would never be mistaken for a rock album. Quemar Las Naves, on the other hand, undeniably rocks.

This is an album to get people on their feet. It’s exhilarating and contagious in its fun and funk. This is music to get up and dance to, and the psychedelia is high. If the Ozrics extended their tentacles into the Mediterranean and Middle East they might jam out like this. But ironically, despite all I’ve said about not conforming to Western ideas, it is Arturo Pueyo’s playing of the bass clarinet and saxophone (two of my favourite instruments to hear in prog) that provide much of my enjoyment. When it comes down to it, there’s no point worrying about what comes from where, but rather just getting into the groove, and letting it carry you away.