With a massive Thank You to Mike Evans for the use of his images.

Is it really coming up to two years since The Aristocrats and Godsticks dismantled Bristol’s The Fleece in an awesome display of technical exuberance? Well, it is, and now the same brace of bands return to Bristol for more mayhem, this time at The Bierkeller.

It has been a long time – around 25 years! – since I’ve been to The Bierkeller and it seems to have changed a lot but it’s a lovely venue with plenty of vantage points and it would be great to get there more often. Due to the vagaries of the motorway system, pre-Christmas visiting and time optimism (of which I am inherently guilty), myself and fellow TPA chap Mel arrived half way through Godsticks’ set which was a great shame – particularly as we missed their cover of Soundgarden’s Bones of Birds. D’oh! I’m guessing that this song fits Godstick’s style perfectly.

Godsticks’ Emergence album has been one of my favourites from 2015 and I’d been looking forward to hearing how it comes across live, particularly with the new and augmented four piece line-up, keys dropped in favour of Gavin Bushell on second guitar, drummer Tom Price replacing the departed Steve Roberts. 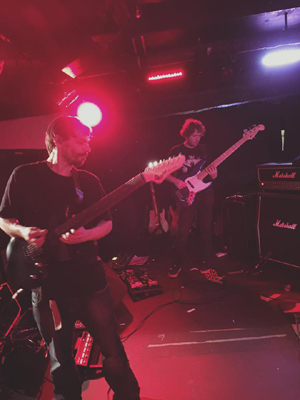 Despite being only the second show with this line-up the band seemed comfortable and relaxed. At times the sound could have been better but that didn’t detract from the playing which was superb. Gavin took on a lot of the guitar work allowing Darran Charles to sing freely, and when the two locked together the effect was very impressive and more akin to the larger sound that Godsticks have been looking for. Dan Nelson is a fantastic bass player and he continues to develop, looking more confident than ever before. He and Price play well together and this was a fine start to a partnership that I hope will continue.

With a set rooted firmly in Emergence material, the new songs work very well, power and dynamics dancing around the finely honed melodies. The increase in muscle is a welcome addition for these ears but the Godsticks ethos of not sacrificing the song on the alter of either heaviness or dexterity remains true, despite there being plenty of both within the arrangements, and with a healthy crowd looking on they received a good reception at the end. It seems that Darran enjoyed every minute of these support slots with The Aristocrats and he certainly looked to be having a good time. Here’s to more shows and an increase in the band’s profile as they remain one of the finer UK acts. 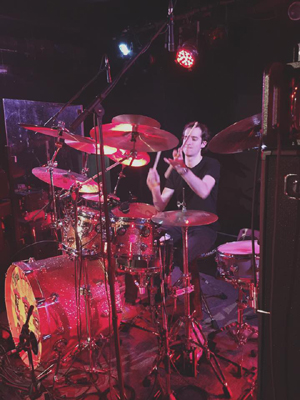 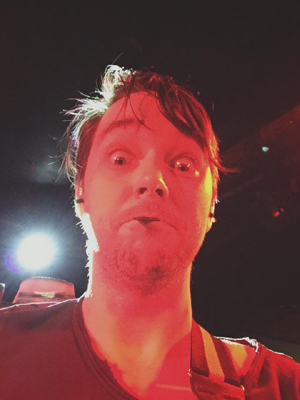 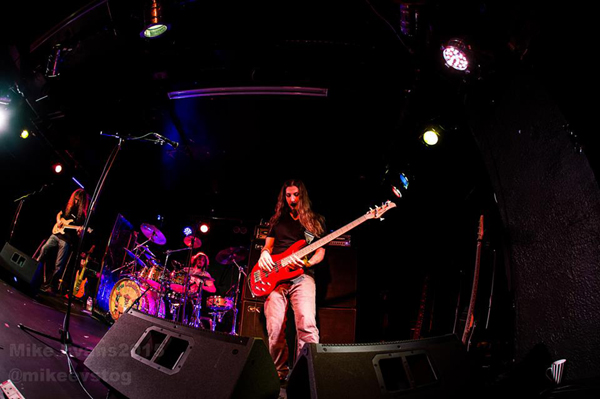 What can be said about The Aristocrats that hasn’t been said already? With three stellar musicians at the top of their game this is always going to be a fascinating experience but what The Aristos bring to the table to raise them even further above their contemporaries is chemistry and a sense of humour unencumbered by weighty egos. These guys are entitled to be full of themselves but they are not, it’s all about having fun playing stuff that mere mortals can’t even begin to get their heads around, let alone their fingers. The music is quirky and often covers unexpected ground, the players given full reign to do what they will, but it still has to work within the confines of the songs. The results are a supremely listenable noise that simply blows the top of your head off when you watch them actually doing it. 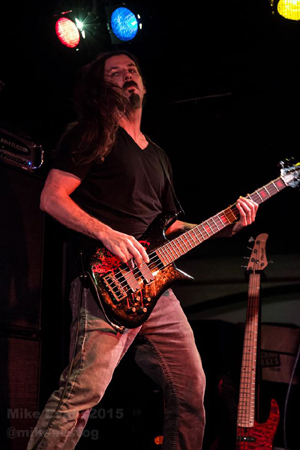 I’m not a muso but the many in attendance were clearly floored by the playing. As always I was fascinated by it all, the intricacies of what was actually being done sailing oh so far over my head but the results captivating me. With enough fire-power on stage to send your average heavy cruiser on a one-way visit to Davy Jones you’d expect head-spinning flights of dexterity to take over from structure but The Aristos resolutely keep things within the confines of the songs, allowing themselves enough leeway to cut loose without it all becoming a torpid wankfest. The melodies appear, divert in unexpected directions and then return, smoothly changing style, tempo and feel with innate telepathic interplay that is simply mesmerising.

Like the best jazz musicians, it really doesn’t matter what they play, it’s all about the interactions and the delivery, but the set took in material from all three of their albums to date with a heavy focus on this year’s Tres Caballeros, each piece introduced with a sharply humorous introduction delivered in an easy going style that adds to the experience. Beller acted as master of ceremonies with the others adding introductions to the songs they had written themselves. 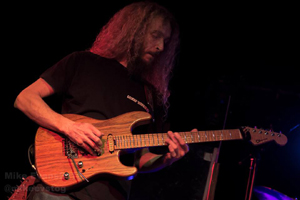 The squeaky animals appeared in Get It Like That, although Guthrie’s piggy appears to be nearly worn out after a long period of road work. The variety within The Aristocrats’ music and the number of styles covered makes for a hugely enjoyable couple of hours that doesn’t for a moment step into the samey and one-dimensional. Instrumental gigs of such dexterity might not be for everyone, but for me these guys are just sensational whatever they do. Put them together and it gets even better. 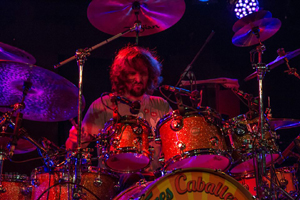 With excellent sound quality and real clarity, the levels were all right meaning that the trip home was not accompanied by a ringing of the ears. An evening of unparalleled musical ability and a good dose of laughs, these guys clearly continue to thoroughly enjoy working as a team and long may they continue.

Face-melting prowess delivered with genuine warmth just for the love of it.