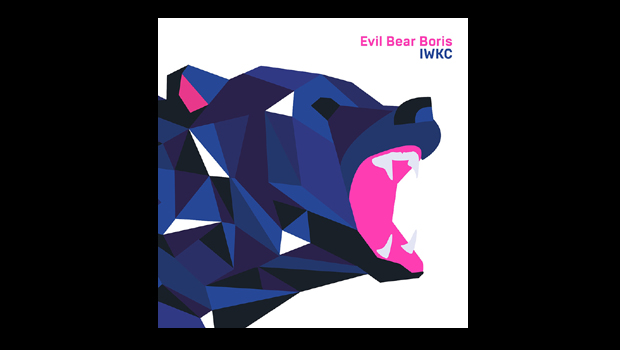 Hailing from Moscow and formed by Nikita and Nick Samarin, I Will Kill Chita are so named after a fraternal spat within the band’s ranks. Maybe The Kinks should have been called I Will Kill Dave? This Russian collective play symphonic rock, but don’t expect swathes of mellotrons and a band that really wish they were Genesis and it was 1973; no, for I Will Kill Chita’s symphony is scored by John Barry in an alternate universe, orchestra and all.

The bears come out for a picnic on the epic opener Point Of No Return, a tale told in widescreen cinemascope wherein our large furry beasts frolic and rip up trees, simply because they can. The music slows to a lonesome pining cello halfway in as the bear bemoans his place in a cruel world. This is chamber rock, but writ large, everything is played out in epic scale – cavernous rock perhaps? Intermittent sawing militaristic cellos alternate the mood from edgy calm to rampant destruction in the blink of a couple of bars, added whoops and noises off aiding the build to the false climax, all stop-start-a-judder. Slowly, slowly catchee bear as the proper ending kicks in as the sleuth of bears head back into the forest, furiously, with saxes squalling. And of course, that was another false ending too.

The way IWKC combine classical and jazz styles with rock instrumentation reminds me of Motorpsycho’s similarly epic but utterly different The Death Defying Unicorn, or Isildurs Bane’s The Voyage – A Trip To Elsewhere. The chamber rock element is strong on the appropriately precise and structured Alles Unter Kontrolle, but without the sometimes clinical feel of that rarefied genre. There is a human warmth at the heart of I Will Kill Chita that resides no doubt in the fraternal chemistry of its two main men.

Sweeping melodic lead synth lines make Ned Hoper veer from its initial classical-Gothic course, and put it well within IWKC’s signature sound. Keine Rationale Erklärung (“There is no rational explanation”) is two minutes of bass-led militaristic menace, and all too soon we arrive at the album closer. The Music Will Play In Your House But You Won’t Hear It in typical willful fashion starts with an ending – a chaotic rock band blasting out the triumphal final chords with added free jazz sax caterwauling, before the bass guitar coughs back into life, joined by thunderous drums and the brass section, the whole sounding like Motorhead jamming with Elton Dean-era Soft Machine. They do like a false ending this band, and that was another one. Halfway in the tune slowly starts off again with a slowly unwinding languorous riff accompanied by some great trumpet blowing.

I Will Kill Chita are making a sufficiently interesting noise to these ears, and I look forward to hearing more from the brothers Samarin and their boisterous colleagues.

Tags: I Will Kill Chita