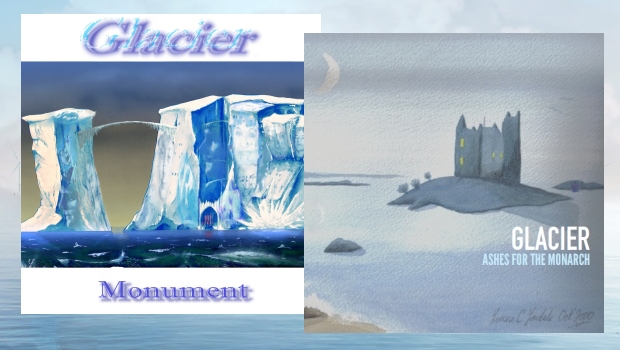 Two albums over a decade apart, one band and a more or less intact line-up. Similar but subtly different, the earlier album Monument (2001) has Yes influences to the fore, some other styling but overall Yes with enough originality to stand in its own right. Then Ashes For The Monarch (2015), the same strong musicianship but features other reference points, hints of Floyd but mainly, to my ears, Asia.

How do you compare and contrast? 14 years is a long time, musically it is probably several lifetimes. Monument holds up really well and on first listen is very absorbing. There was no desire to leave the room, run screaming to the end of the garden and take in the sounds of the nearby A30. To be honest I enjoyed it and I will no doubt listen to it again in the future. That being said, stuff can hibernate on the shelves for a long while before suddenly you feel the urge to hear it again.

Ashes for the Monarch has its moments, but to my ears is less coherent and if I had to single out one track it would be Hell and High Water. Musically it does work, vocally it does not. Why? It’s one of those “can’t quite put my finger on it” reasons, it just grates a little and I’m sorry, I wish I could say why but…. Fourth listen and Hell & High Water and Garden of Evil are both suffering from Lloyd Webber/Rice intonation, which in terms of words could come across fine but actually sounds a little sanctimonious or parsimonious. Okay, the rest…

Whichone has Bob Mulvey playing a Floyd like bass line circa Animals, and the whole track works well for me, it stays long enough to enjoy but not so long as to wish it would end. Much of the album, I feel, draws from the stalwarts of prog – Floyd, Yes, Genesis, Camel, their ’80s equivalents in Asia – and then adds a modern production. It would be easy to say “resting on past laurels”, and some aspects definitely do, but it is also new enough. Prog is delightful in that the old mixes well with the new. Looking across albums, Ye Olde Gods will quite happily guest on the releases of young angelic upstarts, who in turn will guest with the Gods. Perhaps that is as it should be.

Projections and One Man Alone are the long ones, particularly the latter. Projections is a slice of domestic living and I don’t find that the spoken interludes intrude. Both of these tracks give time to explore, a range of styles, with drummer Graeme Ash comfortably engaging, at least in part, his inner Phil Collins. The eleven part One Man Alone, at just over 22 minutes, requires concentration, again drawing on multiple sources and giving Dave Kidson a chance to shine. Tonys Banks and Kaye, Rick Wakeman and Patrick Moraz seem to be represented here, but the passage that works best for me is that with the strings of Gemma Elysee.

Lightwing is a sublime piece of acoustic guitar, a showcase for John Youdale’s talents and a lovely thing. The Isle of Glass closes the album, again it is the bass that holds the track together with guitars just a little reminiscent of The Cure’s A Forest.

David Birdsall provides the vocals across both albums and, barring the two aforementioned tracks, he provides a good solid performance. Other vocalists assist, but where the inclusion of a female voice on Monument worked well, I’m not so sure about the absence of a woman’s voice on …Monarch, I suspect that the male ranges are too similar and as a result don’t hit the peaks that the music needs.

Monument is a different kettle of halibut and, as stated previously, more coherent. From the opening bars of Lull Before a Storm to the close, the Yes influence is predominant, and rather than Pink Floyd the imprint of The Alan Parsons Project is present. It is also much easier to absorb.

The singing is stronger, the harmonies are nice and it works really well. To appreciate …Monarch I think you need to have heard Monument as it reveals so much more about the band.

It is difficult to separate the tracks as they blend well and nothing seems out of place. Think of England, Bring Down the Rain, Another Open Door combine as a suite rather than individual songs, not unlike Alan Parson’s Turn of a Friendly Card, the female voice of Heather Davies working well with Dave’s.

Sound effects are also used on the 2001 album, it’s a styling you can either love or hate, but it does work on Monument. The title track draws in the Genesis influences, differing keys but still recognisable. East of Arabia has a great drum intro that changes tempo into a keyboard driven song, then changes again with the bassline carrying the melody. The keyboard is Asia, the melody Yes, the bass Squire-esque, bizarrely it is my favourite, a little potty but great. (Awaken?).

Through the Mist is a companion piece to Lightwing, simple and engaging with Mr Youdale as good as Mr Hackett’s lighter touches. The City Gates brings the album near to a close, its penultimate track, part power ballad, and in part more subtle, it is a nice track. And as …Monarch opens with Whichone, Monument closes with a track of the same name. Is this a Glacial theme? Shorter but essentially the same track, the Floyd bass line is leaving the building…

Monument is dedicated to the memory of their friend, Mick King, as seen from the lyrics to Whichone written backwards in the sleeve notes; and a fitting monument it is.

Buy Monument, if it is still available, it is a really nice album. Ashes for the Monarch is overall very good but, if I am honest, lacks the warmth of its predecessor. Those two tracks mentioned above, in my opinion, let it down. The musicianship is professional and of quality on both albums, the singing is better on Monument, I think it is the sound desk rather than the passing of years. I would not dissuade you from buying Ashes… and indeed you may like the two tracks that I do not, but it is a choice rather than a recommendation.

I love the artwork on both, the Glacier with faces frozen in the ice on Monument and Castle Eilean Donan on Ashes….

Now those of you who read these reviews on TPA will have noticed that a “Bob Mulvey” reviews and edits these pages. He and the bass player for Glacier are one and the same. Consequently, for those who come looking, I am currently living in a glacial ice cavern guarded by two well trained Ninja trolls.

Ashes for the Monarch 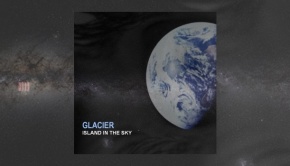 Glacier – Island In The Sky →