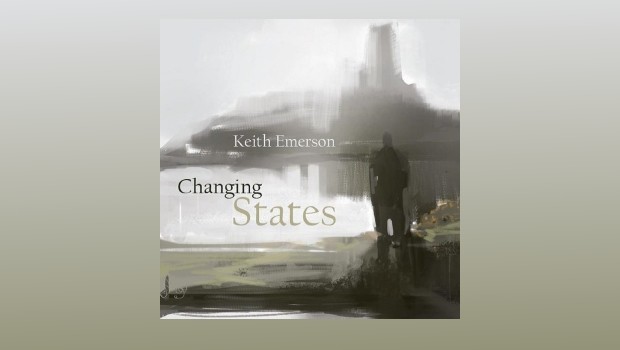 I’ve always had a bit of a soft spot for the music of Keith Emerson & Co, which began with ELP’s self titled debut, the first album I purchased and followed shortly after by my first ever concert – ELP live at Stockton’s Globe Theatre. This special event, along with their first three studio albums and the live Pictures At An Exhibition are held in nostalgic reverence by yours truly. Unlike many however I was a tad uninspired by Brain Salad Surgery and although it does contain some great material, overall I still find it a little sterile in comparison to their previous releases. 1974’s triple live album was well received, by me, but there after I have to admit that subsequent releases left me somewhat deflated. Works Volume 1 wasn’t without merit, however the sequel, Volume 2, was a fairly missable affair. In retrospect the much maligned Love Beach does contain some reasonable music, sadly overshadowed by some extremely dire material. The album cover was most likely the final nail in the coffin – but that’s another tale…

That might well have been the end of the story, however the release of a new studio album and the opportunity to catch them, perhaps for the last time, in 1992 was an opportunity not to be missed. So tickets were purchased, (26th November 1992 at Newcastle City Hall), along with the band’s 8th studio album – Black Moon. The concert was a delight and although Black Moon didn’t resonate greatly at the time, it has become a firm favourite over the years. And of course the story of ELP doesn’t end there, however my personal potted history of the band pauses here and serves as an introduction to this latest Esoteric Recordings reissue from Keith Emerson. Why? Well not only to spare you any more nostalgic reminiscences, but also as the Esoteric accompanying album notes reveal:

This is evidenced by three tracks on Changing States which had appeared some three years earlier on the Black Moon album. Another Frontier, confusingly retitled as Changing States on Black Moon, is performed here by Keith, Mike Barsimanto, Tim Pierce and Jerry Watts and is chock full of Emersonion bombast with church organs and synths blazing.

The beautiful Ballade is an Emerson solo piano piece, augmented here by some deft nylon guitar from Kevin Gilbert. Ballade was played during the Black Moon tour, although for some reason did not appear on the Live At The Royal Albert Hall album or video. Last of these three instrumentals to appear on Black Moon was Emerson’s take on Prokiev’s Montagues And Capulets which appeared as Romeo And Juliet. The somewhat abridge version here I reckon has the edge, possibly helped by the slightly raised tempo.

So now to some of the less familiar material. Opening track is an American, AOR funk rocker and apart from a few of Keith’s Hammond flourishes and signature synth sounds is fairly unrecognisable as an Emerson piece. The track credits go to Emerson, Gilbert and Bonilla as is the case on the two versions of The Band Keeps Playing. Vocalist Gary Cirimelli is impressive enough on these tracks, but they just seem oddly out of place on the CD.

A must for any ELP fan who has not heard the track before, and a distinct highlight is The Church, which develops and expands on themes initially written for an Italian horror movie, La Chiesa. The same line up who perform Another Frontier return, bringing new life to the track – the original score can be heard here, should you wish. Tim Pierce turns in some fine, sympathetic guitar work and Keith is allowed the freedom to take on a lengthy solo section.

In contrast the delightful Interlude serves as a gentle respite and a piece that would have sat comfortably on Trilogy.

Like many ELP and solo Emerson albums there’s room for something slightly different and ‘off the wall’. Here on Changing States it is George Gershwin’s Summertime, played in a bluesy, smoke filled jazz club fashion, with piano, bass and drums. Keith remarks in the liner notes – “I wanted to play it in the vein of Junior Mance, the American jazz pianist and composer”. Mission accomplished.

So that only leaves us with the orchestral re-working of Abaddon’s Bolero, recorded some four years after it appeared on the Trilogy album and performed by Keith Emerson, with the London Philharmonic Orchestra and conducted by John Mayer. Interestingly noted in the booklet that some of the tuba parts were missing from the tapes and that the late multi-instrumentalist and producer Kevin Gilbert had performed and repaired said sections.

So there we have it. A bit of a mixed bag really and certainly not an album that particularly flows, however there is enough to interest Keith Emerson and ELP fans alike. The Church is a distinct highlight along with Another Frontier, Ballade, the brief Interlude and Montagues And Capulets.

Esoteric Recordings have chosen to discard the somewhat dated original album design and replaced it with a more contemporary cover, illustrated by Jin Ho Jeon. The accompanying booklet contains interesting liner notes and as always the re-mastering is crisp and sharp allowing the detail of the music to come through.