In my long experience of modern prog I have come to the conclusion that there are three variants that apply... Read More → 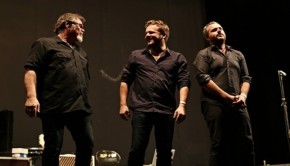