Melt Motif – A White Horse Will Take You Home

A debut album, where does it fit? To my mind, this is art rock with prog undertones. Experimental with an industrial feel at times, like a dark Depeche Mode. The constituent parts are Rakel and Kenneth Rasmus Greve. It is interesting because it is different; I wouldn’t listen to it on a regular basis, but sometimes it is necessary to break the mould and this ticks those boxes with nine tracks of adventures into the unknown.

Sleep is unlikely to be on the agenda, and Rakel’s breathy vocal adds to the atmospherics; an industrial kitchen, and a 2022 take on the 1980s. What goes around comes around, I guess. With the bass up and good stereo separation, it is an interesting journey. Mine continues the theme, and so to me does the dark eighties feel, Siouxsie Sioux springing to mind, along with several other edgy vocalists.

Everything Will Disappear sees the dark sounds and dark rhythms continue, and possibly only of interest to you if you enjoyed the sounds of a Sheffield metal fabrications plant, the sound of pre-girls Human League or Cabaret Voltaire. Andalusian Dog is possibly not one to meet on a dark night, but the music stays true to its industrial passage.

Black Hole hints at other vistas; a ballad, a love song, and maybe the most readily accessible. This would be the one I would seek out. I listen again through headphones and my opinion stays unchanged; a lovely atmospheric tune that welcomes that repeated listen but still holds to the seemingly industrial ethic Melt Motif have set down for their foundation. Blood follows, closer to the sound of Black Hole than opening track Sleep. If I wanted comparisons, I would look to two; for the first half of the album some of Phil Lively’s output, dark, sometimes foreboding but always interesting. The second half compares favourably with We Are Kin, of whom we are long overdue new material (Daniel Zambas is currently co-habiting with the French and depriving us). Rakel’s vocal performance is very much on a par with Emma Caddy-Brewing of that band.

The City and Not What They Seem fit this mould too, and as a point for progression it is an excellent foundation. The album was released in May 2022, and as a curve-ball to your listening experience it deserves a visit and potential purchase. Overall, it balances the sense of light and shade beautifully and both the playing of Kenneth Greve and Rakel grow on you. Not my normal fair, but that’s what makes things special. The last track, Random Access Memory, is strong, somewhere between the ballad approach and the early tracks, and while nothing is longer than six-minutes it does feel progressive by modern reference points.

I would give it a shot, though I suspect the PR photo may dissuade some… Melt Motif arouse enough interest for me to look out for the next album. 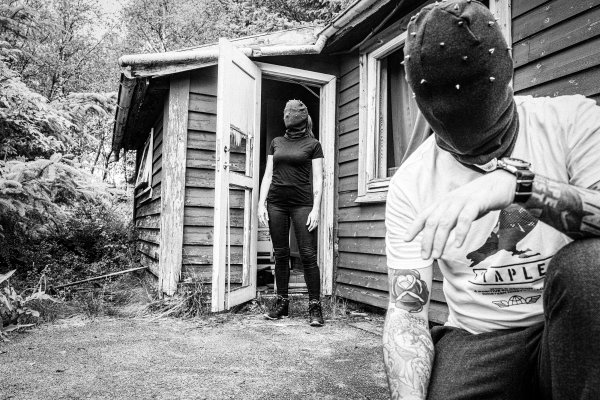